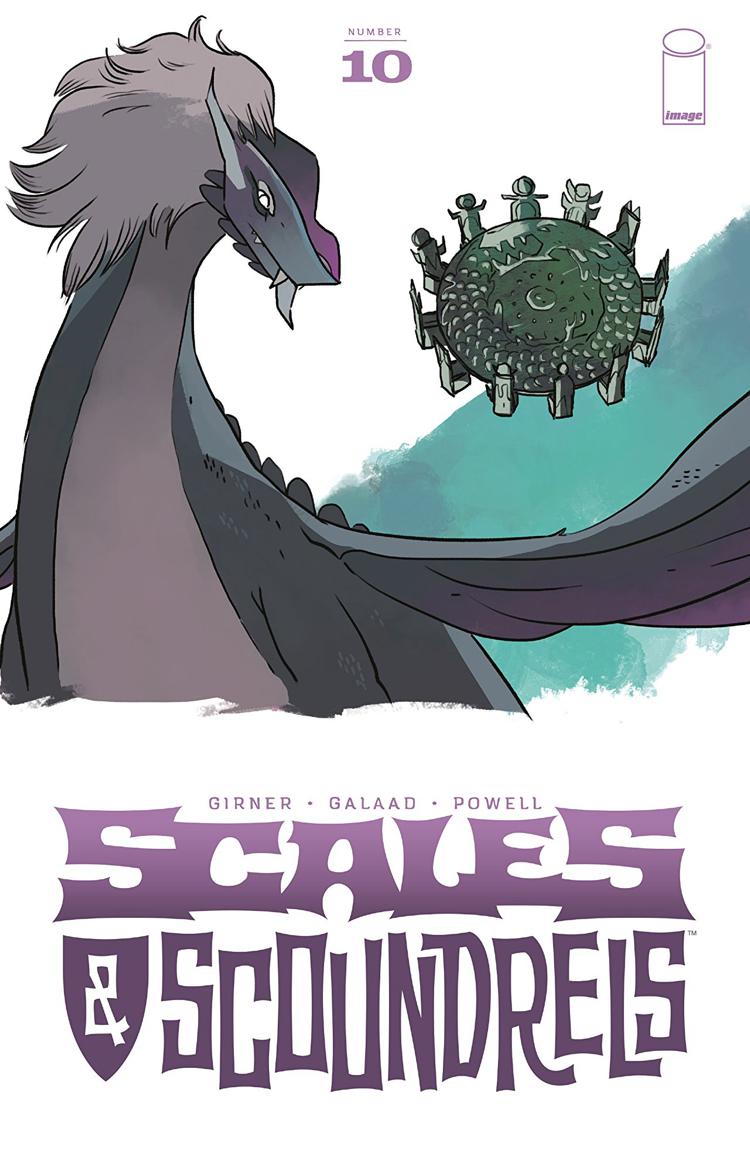 “Wealth is power. And by power alone do we keep order. It is a balance of power that keeps the great wheel turning and the forces of creation in equilibrium.” Luvander visits a most peculiar summit in this issue of Scales & Scoundrels!

I love what Girner has done as he filled out Luvander’s past in this issue. I love that it’s her kind heart that seems to be her downfall, whether it be with dragons or humans alike. It’s also interesting to learn how many upper level dragons still roam the land, terrorizing citizens in their areas.

I think what I’m most excited to see now is more of an understanding of Luvander’s relationship with her father, Grimvalder. While I’m not sure how big of a character he’s going to be in the coming issues, I feel as though he’s not a one dimensional shallow jerk, or at least, I hope he’s not. It feels like he takes more consideration into his actions, more so than most of the others around him, and I’d like to see what his relationship was like with Luvander before her incident.

The vast array of new and important characters have fantastic character designs. I love that each human form dragon has unique tattoo markings. I especially love the coral-like tattoos I can only assume the sea-dragon has. They look fantastic.

While we don’t see every new dragon’s dragon form, I’m excited to see each of their forms in due time. I’m especially excited to see Grimvalder’s dragon design. I wonder how closely tied Luvander’s design is to her father’s design, especially since they do have the same coloring in human form.

The design for Luvander’s true form in her flashback is wonderful as well. She looks almost innocent, gazing naively down at a human. The reds and yellows of the coloring along with the main of white fur she has really gives an air of elegance and nobility, this harmlessness to this grand beast. It’s interesting how kind a dragon can look, especially seeing other dragons’ looks.

Definitely read Scales & Scoundrels. I wouldn’t say start at issue #10, but if you like fantasy, you’ll love this series.