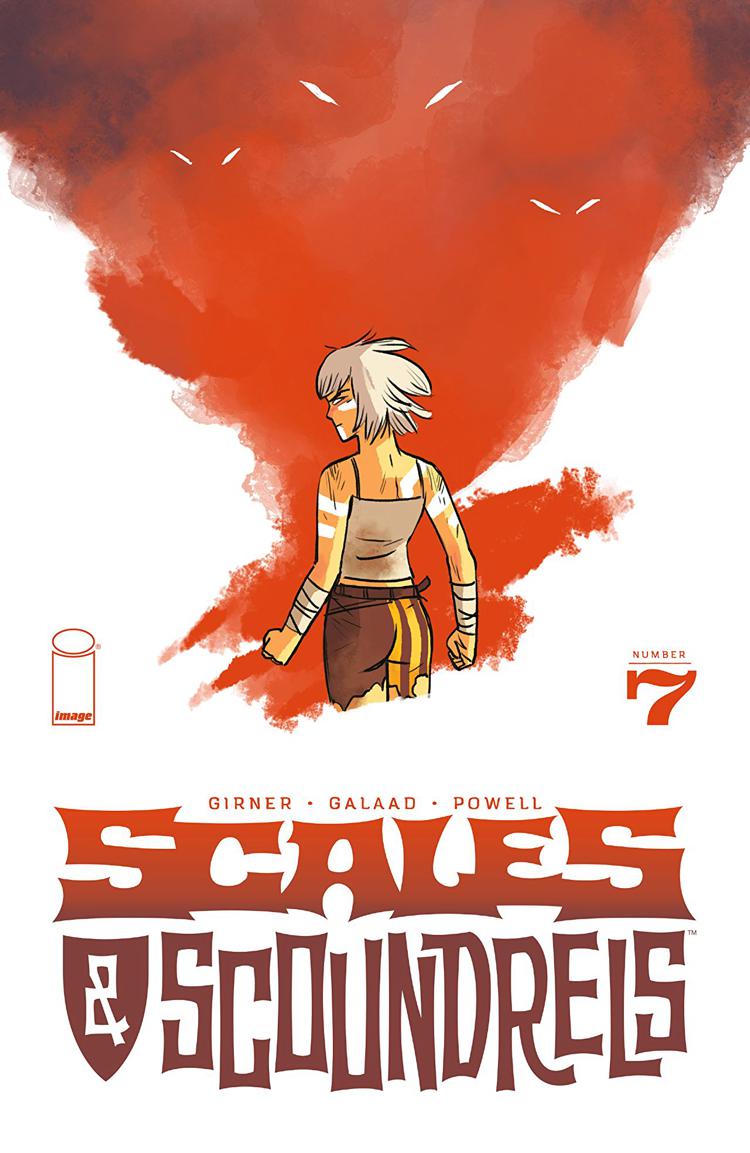 Deep into the earth they go! After their long fall, Prince Aki and Lu find themselves traversing ancient ruins in this latest installment of Scales & Scoundrels!

Girner builds Lu’s relationship with the prince well in this issue, allowing them time to get to know each other as Lu’s biggest secret is revealed to Aki – that she is a dragon, an urden, and unlike any of the legends he knows of. There’s vulnerability that Lu shows to Aki because of this, vulnerability rarely seen from Lu in Scales & Scoundrels. The fact that she is searching for answers for who she is, what her past was, what dragons are makes you wonder how much of a past Lu can remember. There are no clear answers to any of her questions, truly, besides the fact that she seems to believe that she can live in her human form, that she doesn’t have to be a dragon to be herself.

Galaad creates fantastical backdrops within this issue. The ruins give him a lot of room to explore what a long forgotten underground city for dragons may look like. The spiraling staircase is intriguing, and the mural of the war between dragons and Raghaan is interesting, but I would say the Hall of Eternal Dreamers would be my favorite location. The dragon graveyard is haunting, what feels to be an echo of a bygone era, the remnants of an ancient race. What’s most unsettling, at least I would feel for someone like Lu, would be the statue that looks extremely similar to her down there, one where a man chose to die, kneeling down to it.

I would also say the splash for Aki’s riddle are my favorite two pages. It’s strange to watch, because one wonders whether it is the memories of the prince bringing the chains of the binding spell back onto Lu or if its her own memories, her own need to be herself again, not be the monster others may deem unconscionable. The tears in her eyes reflect the terror in her eyes as she transformed, as if scared of her own abilities. It makes you think about what Lu has done in the past, how people have treated her, if she has true control over herself as a dragon. It’s fascinating.

Read Scales & Scoundrels. I believe this is the end of its first arc, and it has truly ended well, with secrets left to be discovered and new traveling companions to find.