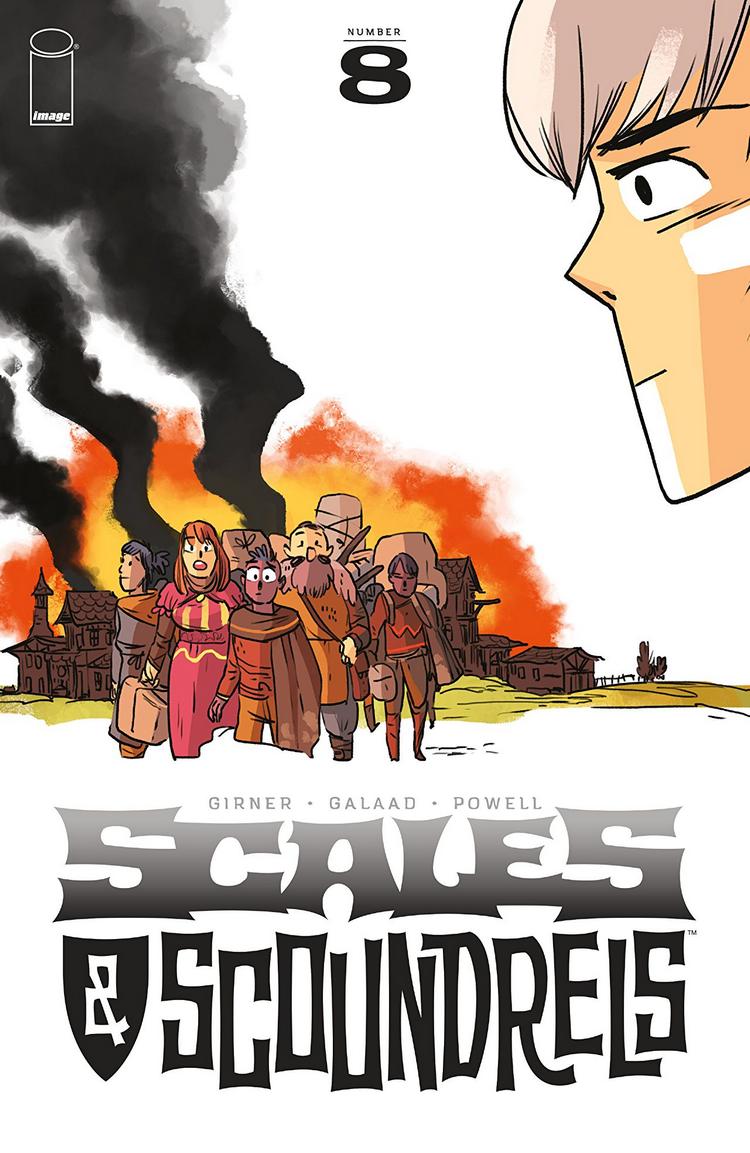 What will Luvander do when she comes across a war? Find out in this exciting one-shot issue of Scales & Scoundrels!

I like that Girner decided to tell a concise story in this issue. After the long first arc, it’s nice to have this neatly packaged tale that finished with one issue. It cleanses the palette for the next long arc and feels like the kind of short adventure Luvander would stumble into all the time.

Luvander, in general, is a fantastic character. I like that in the end, her actions are for ungrateful people, but the lack of gratitude doesn’t dissuade her from the path she’s carving for herself, one that’s neither the ways of the old nor the new world. I like that this story tells the tale of the greys of reality and the terrors of war.

I love the character design for Iriel Evergreen. She has these fantastic scars scraping the cheeks near her spiraling eyes. She has this empty void of where her nose should be. She’s striking, even among the elves who serve her as part of her band of mercenaries.

The art for Irilesh is captivating as well. This grand, eons old tree standing proud on a bright, sunny day, branches curling like waves from out of its trunk. Pointed green roofs top the buildings spiraling up the tree as if they were carved from it, tiny lights flickering from their windows. A giant dragon, relaxed and tranquil, sits on the leafy top, gazing at the world below it. It’s an idyllic panel.

The coloring is marvelous. I’m not sure if the comic would be as good if not for the great use of colors. From the warm hues of the day to the cooler transition into the night, Galaad creates a world of vividness, especially at the campsite of the Blades of Grass. Dark blues fade through purples and reds into a glowing yellow with dazzling splotches of white as if fireflies of pure energy dotting the area. The shadowing of the trees and the camp’s tents is just gripping. I really love the coloring in this comic.

Read Scales & Scoundrels. Luvander is a well-written main character and the world is so beautiful.