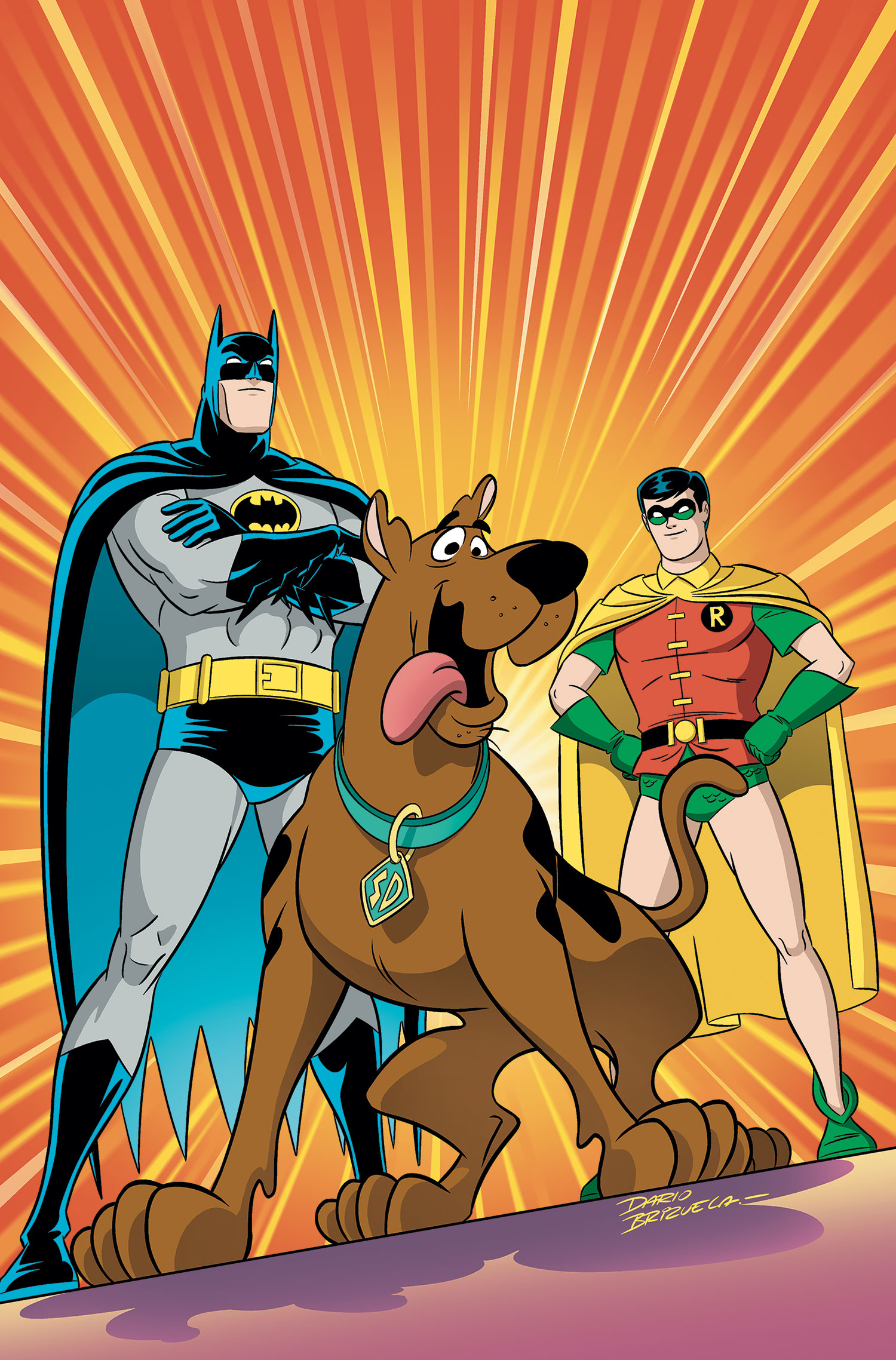 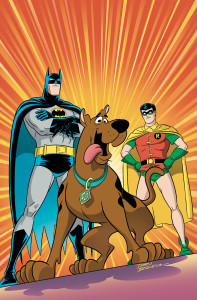 The mighty Scooby-Doo and his crew from Mystery Inc. join forces with Batman & Robin in a fantastic all-ages adventure that nails the tone of Scooby-Doo and is a ton of fun for kids and parents alike.

The mark of a great all-ages title is its ability to appeal to a wide range of audiences. If a comic can entertain a 3 year old and her old man, it’s a win…and Scooby-Doo Team-Up is certainly a win. Sholly Fisch does an excellent job of hitting the tone of a Scooby-Doo cartoon with precision, to the point of being able to hear each character’s voice as though this was an episode of the original series. Batman and Robin fit in as though this is a team-up that happens weekly, and even though it is kind of an odd pairing, it works perfectly in this story. This is a kid-friendly Batman and Robin with all kinds of 60s energy and I applaud Fisch for bringing the dynamic duo into this fun comic in what feels like a very organic way. There are some really fun jokes throughout this comic and any adult who enjoyed Scooby-Doo as a kid will feel right at home within these pages. If you happen to be reading this with a kid, it’s a nice double-dose of nostalgia and new fun for young eyes. This certainly isn’t always the case with all-ages books and Fisch has scripted a fun-filled winner with this first issue of Scooby-Doo Team-Up.

Dario Brizuela’s artwork is pitch perfect for story he and Fisch are telling in this debut issue. These characters look like they have walked directly out of a cartoon, and the layouts are straightforward and easy for all-ages to read. The use of stereotypical 60s sound effects was a lot of fun and a high five has to be given to the colourist(s) of the comic, Heroic Age. Their colour work enhances Brizuela’s artwork and gives this comic a wonderful energy and enhances the cartoon-ish feel of the comic. These characters are warm and inviting like their TV versions and anyone who has ever seen the cartoon will feel right at home with the visuals from Brizuela & Heroic Age.

The first issue of Scooby-Doo Team-Up is a ton of fun readers of all ages and a great nostalgic trip for anyone who watched Scooby-Doo growing up. Fisch and Brizuela tell a fun little story with some good laughs for the whole family.