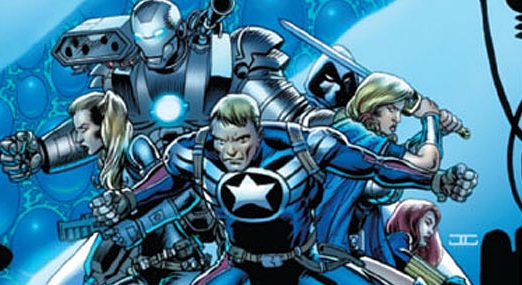 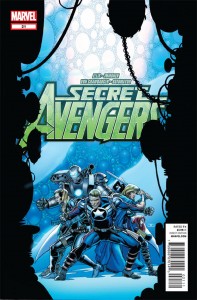 According to Warren Ellis, Secret Avengers #21 will be his last comic for awhile unless he ‘has a seizure’ which is a bittersweet thing: his Secret Avengers arc is a fantastic note to leave on, but by the same token readers will surely miss the fantastic writing that has become synonymous with his name.

Ellis can write superhero espionage like very few others, making it somehow plausible and fantastical all at the same time. I don’t know if Ellis inspired the creation of this team in some way or not, but the whole concept of Secret Avengers is right in the territory of what he does best and this finale highlights everything that has been excellent about this title for the past 5 issues. This script is smart, original, well paced and interesting in a world where many stories go for the easy way out. As with all things Ellis, there are some ‘out there’  concepts, but that’s part of the fun. Much in the vein of Planetary, the Secret Avengers deal with threats the regular, and even superhuman, world is to know nothing about and nobody does this better than Ellis. This issue was really a delight to read, though I did find the ending a little dissatisfying considering how strong the rest of the issue had been.

On the art side of the comic book coin, Stuart Immonen does what he always does in this issue: excel. Immonen has some pretty wild scenarios to pencil in this issue and he makes it look all too easy. I especially liked the use of shadow in the interrogation scenes, highlighting that Steve Rogers really can be a badass when he has to be, and that there is a dark side to the moral compass of the Marvel Universe. Immonen’s art has been really solid the past couple years, and Secret Avengers #21 is yet another example of this.

Cons: Ending felt a little hollow for me considering how strong the rest of the issue had been. It felt like the issue got truncated and really detracted from the story, sadly.