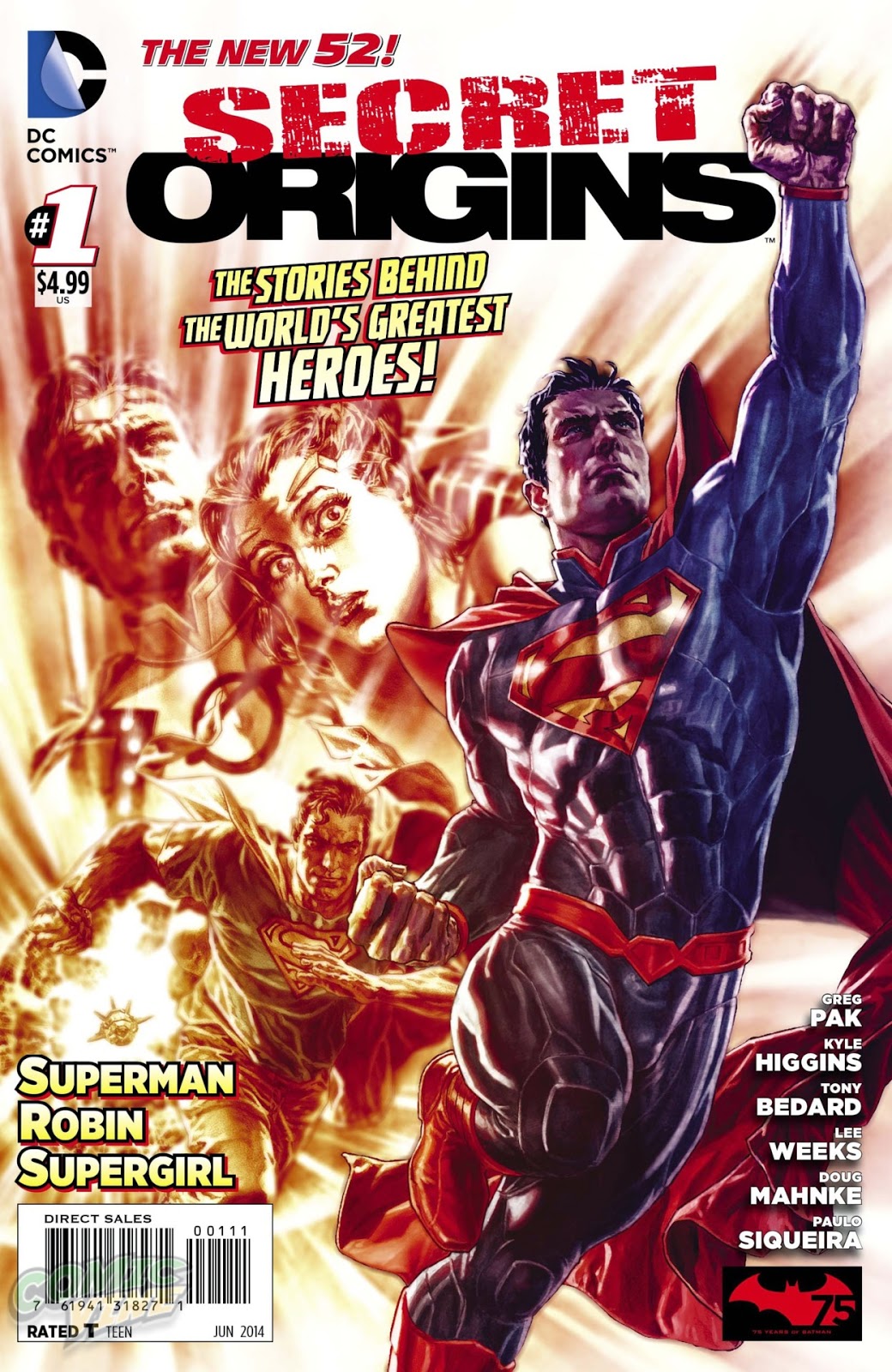 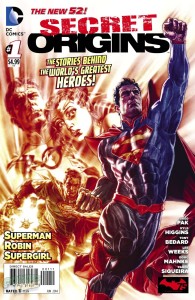 A longstanding DC Comics tradition returns as Secret Origins #1 hits the stands with a look into the early days of three of the company’s top characters: Superman, Dick Grayson, and Supergirl!

Ever since the start of the New 52, fans have been clamoring for a reintroduction to the history of the DC Universe, reimagined for a new generation. With so many mysteries surrounding the timelines and early days of key heroes, a book like Secret Origins could be a significant touchstone for longtime fans wanting to acclimate.

Or, how about this? Fans looking for excellent short stories that peer into the past of some of their favorite characters could look to Secret Origins for new insight and twists on classic tales. Written by the writers already chronicling their superior ongoing adventures, these stories could be a great jumping off point for new revelations and story ideas.

OK. Or, for readers who know nothing about the origins of Superman, Robin, and Supergirl, this could be their first introduction to characters other fans have had a lifetime of experience with — that first moment of seeing just what it is everyone else loves about these modern myths.

Unfortunately, Secret Origins #1 is not really any of these things, or at least doesn’t accomplish such goals very well. It is true enough that these three stories squeezed into an over-sized issue reflect the new continuity, and are written by scribes I enjoy enormously on a monthly basis. But the end result of what seems like an effort to engage all three of the previously mentioned strategies is something of a lackluster showing.

None of the three stories presented here bring anything very new to the mix for their characters, or go particularly in depth into something that could impact the monthly reader. That is not to say any story is poorly written or constructed — each one has its moments. But those moments, like the gift Dick Grayson presents his mother or the first grasp by a baby Kal-El, are entirely too quiet for a book trying to squeeze so much into a 36 page issue. This format almost reminds me of the two page Secret Origin back-ups that ran in 52 and on DCComics.com for many years: informative for the casual reader, but not striking as literature in itself.

The real problem perhaps is that I’m not sure what audience this is meant for. The stories seem to have little connection to the monthly titles (Nightwing’s, of course, is all but ended, with a new status quo emerging that couldn’t be predicted here). Bedard, in particular, seems to construct Supergirl’s story like a show-and-tell, making sure to illustrate every one of her powers with an explanatory monologue to accompany the action. But if this title is meant to indoctrinate the reader who knows nothing about the featured characters, why not pick characters that not everyone in the world already know the origins of?

One significant bright spot of the issue, however, is the art, particularly Doug Mahnke’s illustration of Dick Grayson’s early days and transformation into Robin. Mahnke’s ability to project clean line and emotional expression adds a significant touch of charm to Kyle Higgins’ warm story. I just wish we could have had that pair (or any of the other pairs of creators, for that matter) deliver a full-length origin story, rather than cram it in-between two other rapid-fire efforts.

With the upcoming slate of Secret Origins focus characters including Batman, Aquaman, Starfire, Green Lantern, Batwoman, Tim Drake, Harley Quinn, Green Arrow, and Damian Wayne, I wonder how long DC anticipates running this series. With very few remaining A-list characters — Wonder Woman, Flash, Hawkman, Batgirl, Swamp Thing, Lex Luthor, Catwoman, Constantine, and (maybe) Lobo — I have to wonder. I always hate reviewing books on the merit of what they aren’t, versus what they intrinsically are, but at the end of the day, I’m not sure there’s enough story being provided in this format to keep my interest.