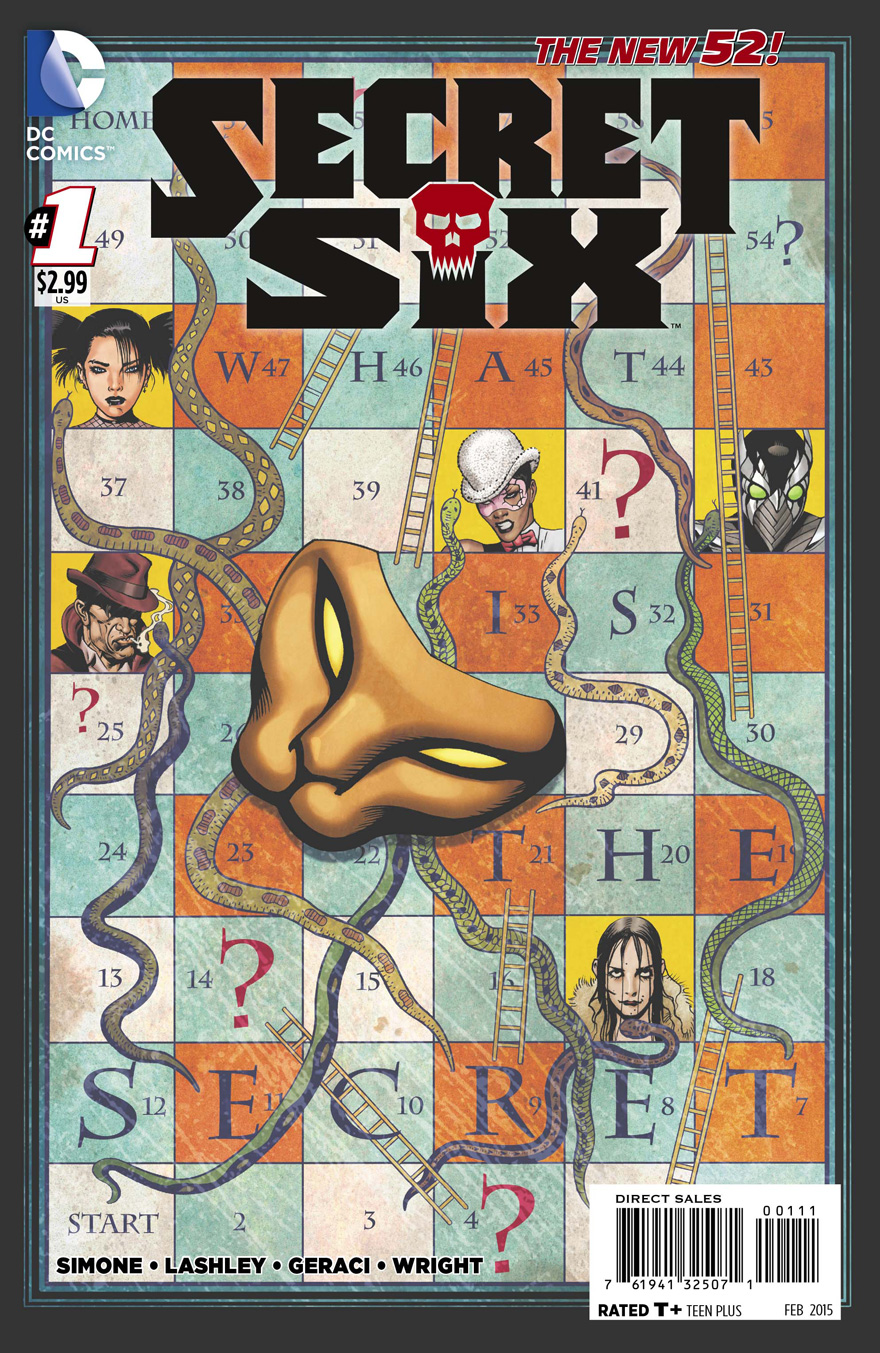 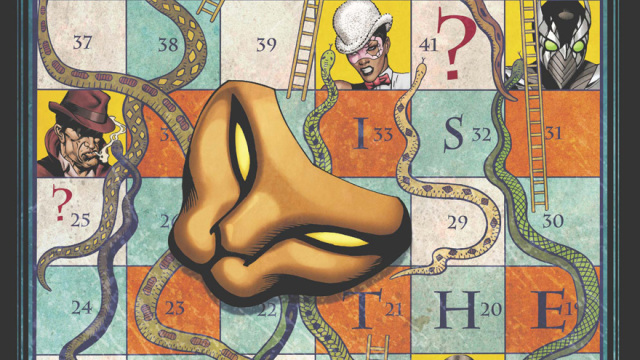 Six strangers are the key to a huge secret in the DCU — only they have no idea what it is. Waking up in a room with five other people you’ve never met is harrowing enough. But when that room is an enormous coffin, and those people are… who they are, it’s another story altogether. Welcome to the Secret Six, Catman. It’s going to be the experience of a lifetime.

And with that, Gail Simone’s particular brand of sexy, yet terrifying characters all find their home in one place — the return of her fan uber-favorite title, Secret Six. This new edition is remarkably different from what came before, but still is a hugely welcome return with what promises to be just as compelling a cast of characters as ever.

Of the cast of six, Catman alone is not an original Simone creation, although one would be hard-pressed (yes, please) to not credit her with a complete re-envisioning of the character from the ground up. Here the sultriest version of himself we’ve yet seen — and man, we’ve seen a lot — Catman is seemingly only one of the new cast that is firmly on the LGBT continuum (he’s the B). New character Porcelain (perhaps the T, perhaps another letter) is firmly the most intriguing of the cast, not simply because they have a power set I’ve not really encountered before, but because they seem to be the most level-headed of the group.

And somebody has to be. With the likes of the super-creepy Ventriloquist (first seen in Batgirl), the deadly Strix (of Batgirl and Birds of Prey fame), and hyperbolic Black Alice (veteran Secret Sixer), a little bit of stability could hardly be a bad thing. Of all the characters, only Big Shot doesn’t impact me much yet, but with the promise of secrets revealed, all that could change on a dime.

And that’s the glourious part behind the writing of this new series. Simone is hardly ever predictable, but I get the sense that anything could happen with this collective. The previous Secret Six, for all its wonderful, wacky, and beautiful moments, had a group formula it maintained. I’m not sure this is going to be one of those books. And I love that. What isn’t different from her previous stint, however, is the depth of character we’re already getting in issue #1. Catman is a large focus of the introduction, but Ventriloquist’s strange monologuing makes for a very clear image of her mindset. And boy, that’s frightening.

Ken Lashley starts this issue out with a bang, giving us the most dramatically grotesque and subtly sexual renderings of a team of characters ever. You think Ventriloquist is written creepily? The final page reveal with her full figure is so unbelievably gorgeous — and terrifying at the same time. Porcelain is utterly gorgeous. Catman even more so. And seeing him break across a team of agents determined to cuff him is a fury of beautiful detail and energy.

My one artistic complaint is in the pages inked by Geraci, that ultimately lack the detail Lashley puts into his own inks. It makes for an uneven finished piece, and I feel like we’re losing a lot of fine detail as a result. Wright’s color palette, however — so subtle and moody — is the perfect wrapper for a book largely set in an enlarged coffin. The combination of Lashley’s shadowing with Wrights tonal shifts makes for some absolutely gorgeous scenes.

A welcome return to a team (and creative vision) that was one of the hardest felt losses at the start of the New 52, Secret Six #1 is clearly the beginning of a great mystery. Punctuated by a diverse cast of characters, whose sexualities are as complicated and widespread as their motivations, this book is going to be one that has people talking in the months to come. Don’t miss out.