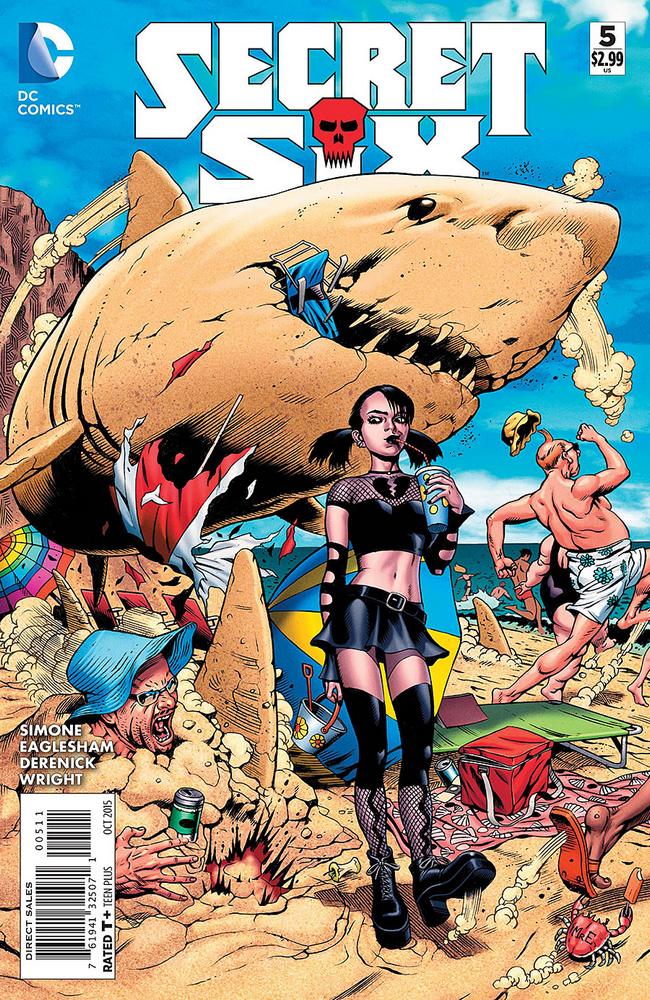 Some secrets can’t be kept, no matter how hard we try. That’s the case with Big Shot and his wife, as the Six gets the full story of how they came to be separated, and exactly what this band of misfits has in common. It’s the return of a long lost character to the DC Universe, in a way you’d never expect.

I could stop this review right here and show this: 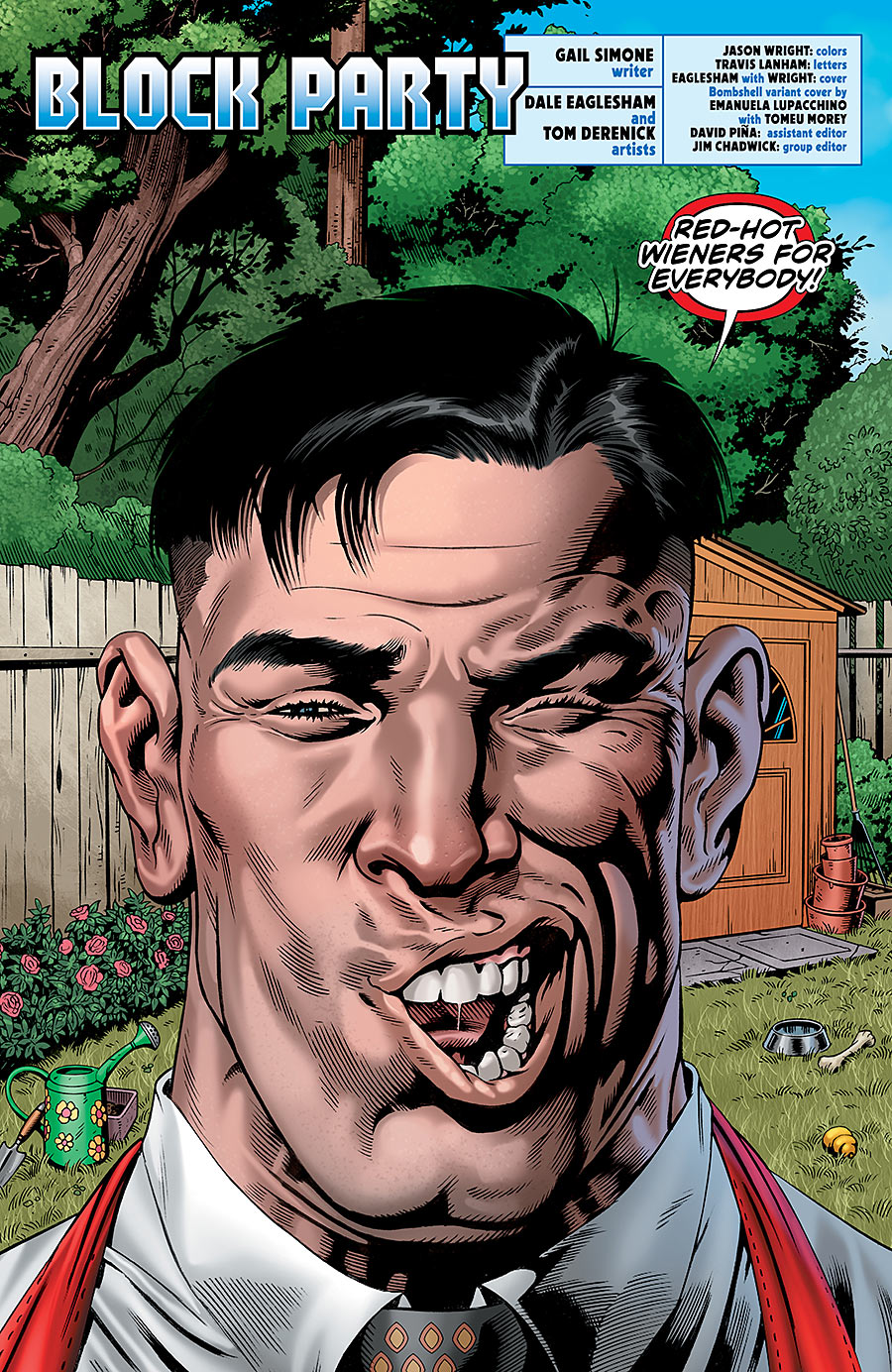 Because after seeing that page, how can anything that follows not be absolutely incredible? It just can’t. Red. Hot. Weiners. They’re for everybody. That’s a fact.

OK, maybe not. But the reality is, Secret Six #5 is the culmination of a lot of factors that previously slowed this book down, and have now all converged in an amazing romp worthy of the book’s history and a place at the top of your read pile.

For one, Simone lives up to her word that there’s a secret at the center of this book that relates to the DCU as a whole. I don’t actually feel like we’ve gotten all of it yet, but we’re well on the path, finally getting the background on Big Shot’s OTHER identity and the dark mystery of what happened to his wife. And it’s lovely to see shades of Damon’s original look and personality come through in the dialogue and in his actions, although equally as heartbreaking in some ways. It begs the question: is anyone corruptible? Or is everyone always already corrupted?

The connection revealed among all six team members and Mockingbird is clever, albeit circumstantial, but harkens back to some of my favorite childhood mystery set-ups. If Secret Six is just a filthy, 21st century version of Clue, then I volunteer to be Mr. Body. With Catman. In the drawing room. On that couch.

Wait. Did I just say that out loud?

At any rate, between the dirty one-liners, story reveals, and somewhat astute observations on life (“Sooner or later… you’re going to shoot your load at whatever’s closest.”), Simone has built on every previous issue’s success and gotten a number of these characters to where we can connect with them as strongly as many of us did with Scandal and other original members.

Eaglesham’s full issue of pencils contributes an enormous amount to the success of this issue as well, giving it every scene that perfect sense of everyday normalcy that becomes shattered by the obscene scrawled across the page. In some instances, it’s as seemingly minor as a little bit of spittle trailing from a top tooth to the tongue. In others, it’s the way Ragdoll’s left arm is clearly disjointed in multiple places as it wraps around his torso. The Ventriloquist’s overbite. Or the way Catman’s body folds over onto itself. It all feels like it shouldn’t be as disturbing as it is. But it absolutely is.

Sure, Catman still smolders and Big Shot’s physicality is one of the highlights of not just the individual panels, but how his figure moves from page to page. Eaglesham starts the issue with Big Shot’s body seemingly more out of control than it is at the end, and it’s details like this one that add to the overall frenetics of the book.

Tick tock. The first arc on the revitalized Secret Six is winding down, but the pace and danger is climbing quickly in the other direction. Simone and Eaglesham are giving longtime fans, not just of the Six, but of the DCU as a whole, something to squeal about with #5. If you pass this one up — trust me, you’re going to regret it.