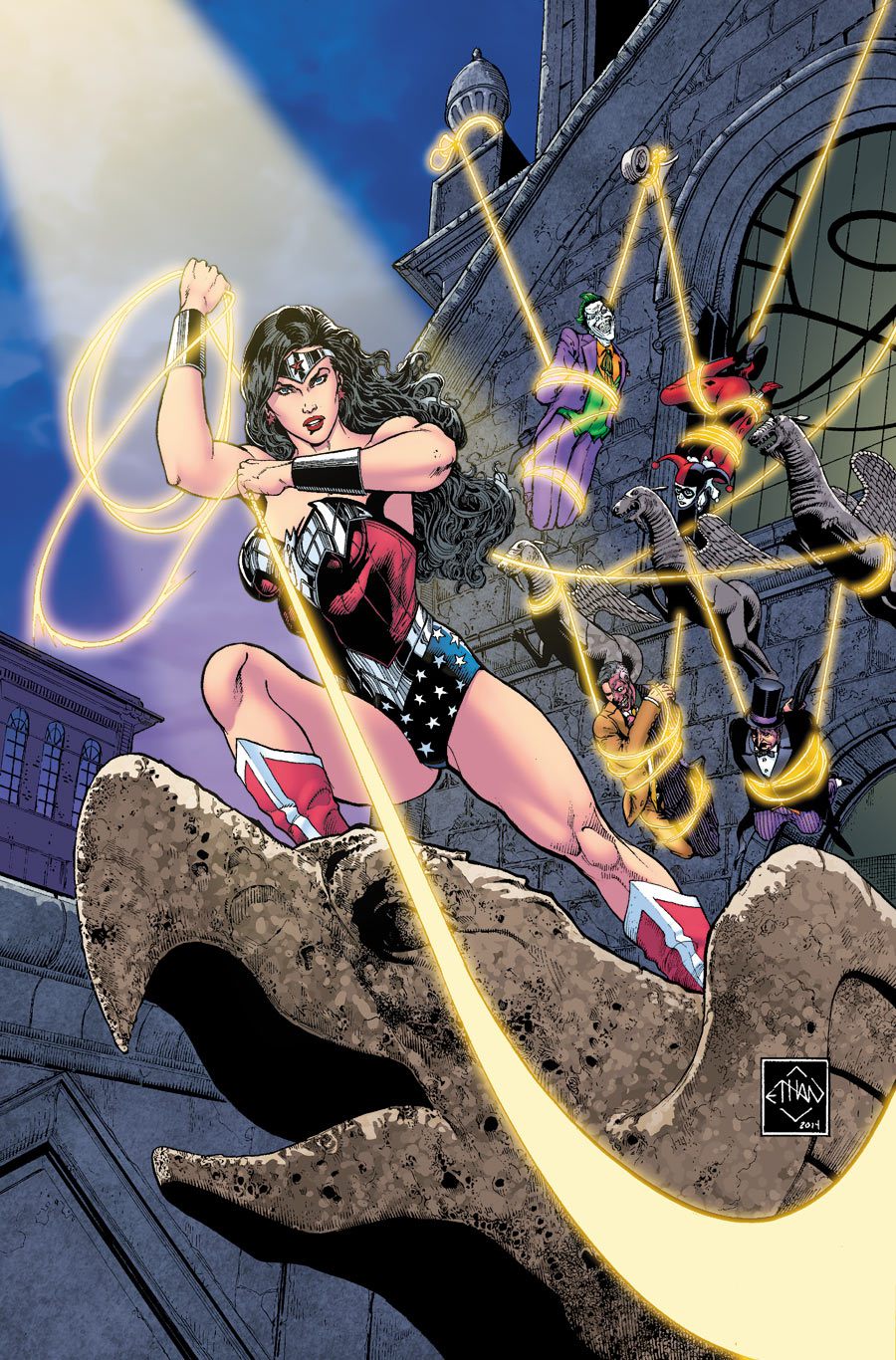 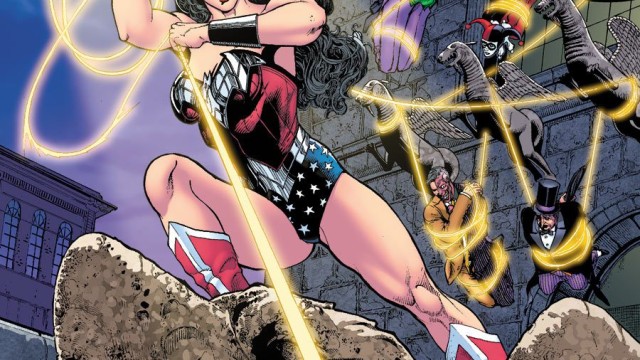 Whether you are new to comics or you’ve been reading since before the New 52, and whether you’re an old school Wonder Woman fan or you’ve never read an issue in your life, Sensation Comics delivers an awesome first issue. Both stories showcase the best of Diana’s character, and demonstrate her unique value as a superhero. As someone who is routinely asked for recommendations of “where to start” when exploring Wonder Woman, I can happily recommend Sensation Comics as a great introduction.

The first single issue comic book I ever bought was a Gail Simone Wonder Woman story, so unsurprisingly I was incredibly happy with Gothamazon. My love for the Bat-verse is the only thing that matches my love for Wonder Woman, so this story felt like it was written for me. Set outside of New 52 continuity, Simone takes the opportunity to reacquaint with old friends. No one writes Barbara Gordon like Simone, and her association with Oracle specifically has resulted in hundreds of amazing issues. It’s a treat as a long time reader to see Oracle and Wonder Woman interacting (Babs taking charge and commanding the respect of the Justice League is something I’ll never tire of).

Simone has always had a firm grasp of what makes Wonder Woman who she is – not just the strength and the powers, but her compassion and unwillingness to use violence as a solution if another can be found. Dropping her into Batman’s often hyper-violent environment (which is a thing I’d love to see decompressed across multiple issues) highlights just how controlled she is. Diana’s struggle with the Rogues leads to some uncomfortable places but in the end it’s her refusal to give in to fear, her willingness to listen and reach out, that wins the day. And also a sweet left cross.

It’s been a while since I read anything with Ethan Van Sciver on interiors – Flash: Rebirth, maybe? – and his trademark love of iconic posing and his gift for action sequences is still as I remember. While I have some minor complaints on consistency issues (especially with her face, tiara, and top), I was overjoyed to see her back in her classic outfit, looking every bit the Amazon Princess. The same goes for the Rogues, most of whom resemble their pre-N52 selves. The art was bright and fun and dramatic; it was almost like an episode of a classic cartoon.

The second story, Defender of Truth, starts as a classic Wonder Woman adventure (set in Washington, D.C., featuring Circe and mythological creatures) with shades of the New 52 (her outfit, a hint at the Superman situation). Amanda Deibert lets Diana show off her sense of humor; her gift for puns no doubt comes from hanging around The Flash too much. Again, we see a Wonder Woman who is reticent to unleash wholesale violence to end a fight; she does what she must, but avoids needlessly hurting anyone. This isn’t to say she coddles Circe – Wonder Woman has never been shy dishing punishment out to those she knows can take it.

The fun leads into an unexpected and entirely welcome scene where Wonder Woman meets a young fan and imparts an incredibly powerful lesson about identity and truth. I also choose to read it as a delightful poke at old-fashioned marketing and development executives who refuse to think outside the gender-stereotype box when it comes to clothes, comics, TV shows, etc.

That particularly heartwarming and powerful moment lands especially well thanks to Cat Staggs’ art, which has a very dreamy quality. Aside from one minor anatomical hiccup, Diana looks as natural flying around the National Cathedral as she would in a Greek temple – a gorgeous melding of myth and modernity. John Rauch’s colors bring a rich optimism to the tone of both the art and the words.

Both stories touch on the central thesis of Wonder Woman in the Modern Age – not all strength is physical. It takes just as much strength and wisdom to know when to hold back as when to use force. This is what makes Wonder Woman so unique. Whether it’s Catwoman and Harley Quinn or a bunch of preteen boys, Diana of Themyscira has much to teach. If every issue of Sensation Comics is like this one, DC has something truly special that will hopefully never be absent from the shelves again.