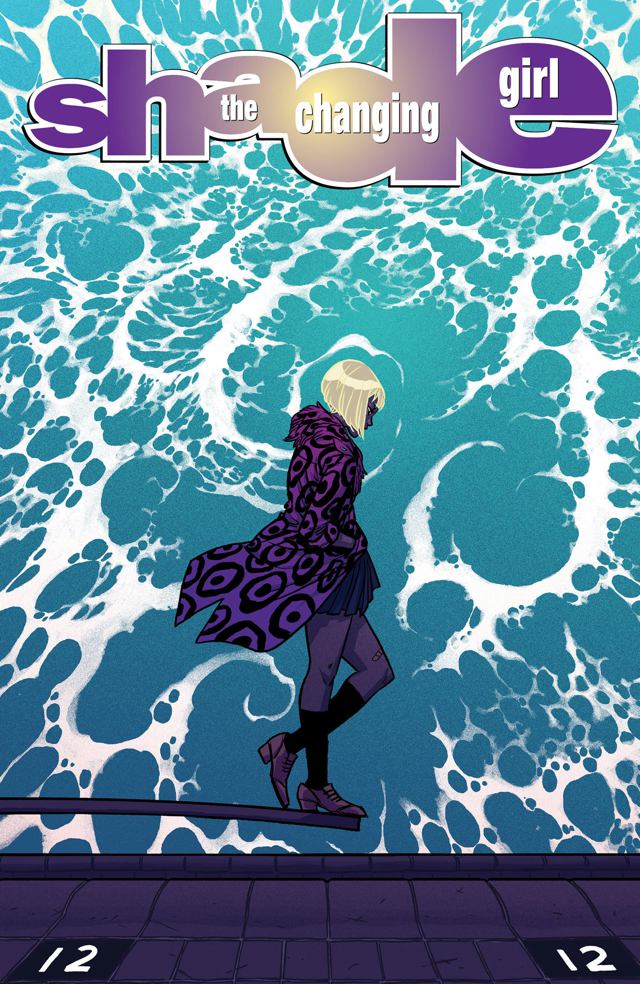 The more Shade learns about her vessel, the more Shade wonders if Earth is really a paradise. DC’s Young Animal Imprint has made another fantastic issue with this month’s Shade the Changing Girl.

Castellucci has once again out done herself. The more I read about Loma Shade, the more I fall in love with her. The way she is able to manage the insanity around her as if she’s being held together by rusted parts that could break apart at any moment really keeps the reader intrigued to see whether she’ll keep the Madness at bay against all odds. There’s also a growing sympathy for the psychopath Shade now inhabits. Yes, Megan seems like a pretty terrible person, but you begin to understand why she was the way she was. I am becoming a giant fan of River and Lepuck at the moment (I feel so bad for Lepuck). I’m so excited to see what else is in story for Shade in the coming issue!

Zarcone’s art is amazing. The Madness is a great tool to bring about surreal and weird illusions and Zarcone runs wild with it. Arms, eyes, glooping patterns of Madness creep out of every area when they get the chance, as if seeping through the cracks of Shade’s sanity. Shade’s madness can interpret others’ feelings through illustration, like when daggers appear above a certain ex-best friend of Megan’s while she tries to assert her dominance over Shade as the new leader of a squad they’re both in. While the art is beautiful, I would say that it would not be as impactful without Fitzpatrick’s coloring skills. Time and Time again, Fitzpatrick’s usage of gradients and solids at the right moments creates a psychedelic atmosphere, as if Shade’s own madness is infecting the reader’s perception.

There’s this one page where Shade journey’s into herself to meditate and finds the characters of an old television show she loves hanging out with her in the desert. The characters juxtapose the brightness of both Shade and her inner desert with gray-scale coloring, as if they just drove right off the screen and into Shade’s mind. They watch a nuclear bomb test as they console Shade, telling her some possibly dangerous advice. There’s something about this scene that’s just captivating. Shade’s unsureness, The profile of Shade’s face as she feels, the delightful expression Honey has as she says “When they come with fists, you build a bigger bomb”—It’s a mystifying scene.

I always highly recommend anything from the Young Animal Imprint and this is no exception. Shade is a wonderful acid trip into Madness and a strange creature coping with a new reality. I don’t even know what you’re doing reading this, go read Shade the Changing Girl #3 NOW!