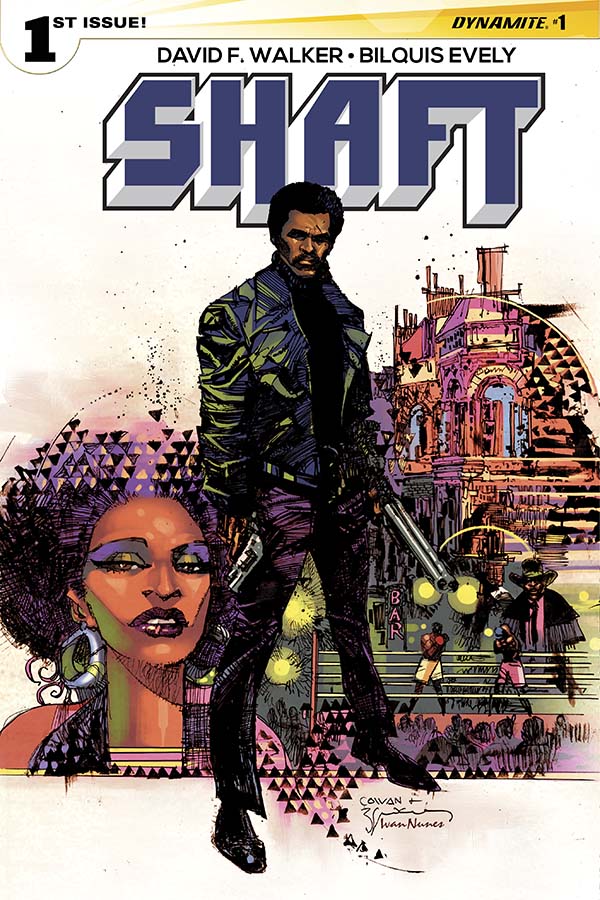 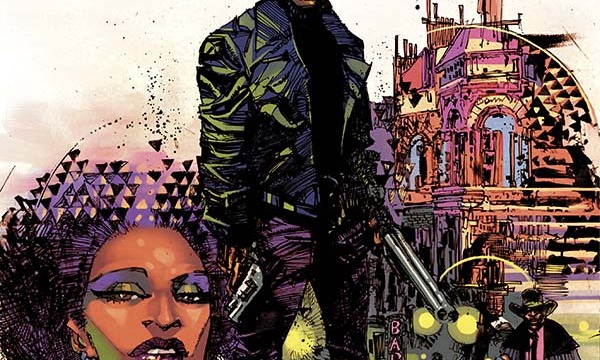 Let me begin by saying, I have a unique perspective on this title because I have never before been introduced to anything Shaft-related. I have never seen the movies, have no idea what decade in which they were filmed and couldn’t hum a single bar from the theme song. I am a blank slate. A virginal, brand-spankin-newcomer to this franchise.

In the first few panels I was a little surprised at just how adult the dialogue and themes are, especially thrown at me so early on in the story. Though taken aback, I was amused at how unapologetic it was — the language, the harsh yet realistic racism, the overall tone. I had never met this John Shaft character (created by Ernest Tidyman, yet written in this story by David F. Walker) and here I was seeing the story through his eyes. Reading along with a voice I could only imagine in my head. With the strength of this script, it was not a difficult feat.

I found myself liking this character more and more as I read, seeing him as a kind of “every-man” — or at least a man most people would like to imagine themselves as. Shaft is tough, independent and has no time for B.S. whether his life is on the line or not. By the end of the book, I felt for him. I admired him. I wanted to clap him on the back and buy him a drink, watching as he made a decision that (while brave) might just land himself in very hot water. Will Shaft catch a break after such a risky endeavor? I guess we will have to wait and see.

One of the strongest points this book has going for it is the art, beautifully illustrated by Bilquis Evely and colored by Daniela Miwa. The piercing stares, the tailored suits, the perfectly imperfect lines of anger — all ingredients in a masterfully executed concoction of vintage-styled imagery.

I did not consider myself the target demographic for this story, but I found myself in love by the ending credits. I would recommend this book to anyone who loves characters with depth and a taste for realistic plots.