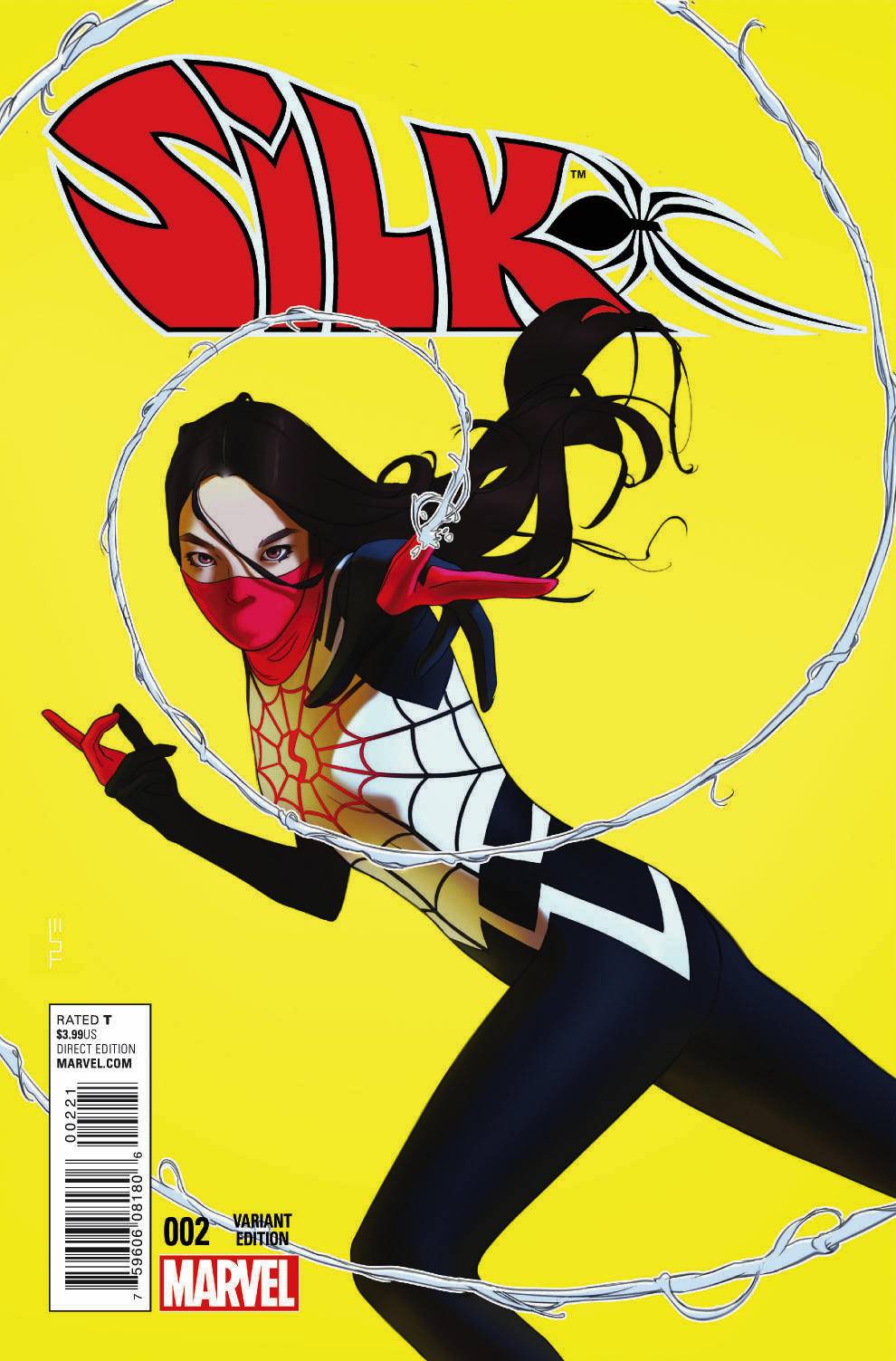 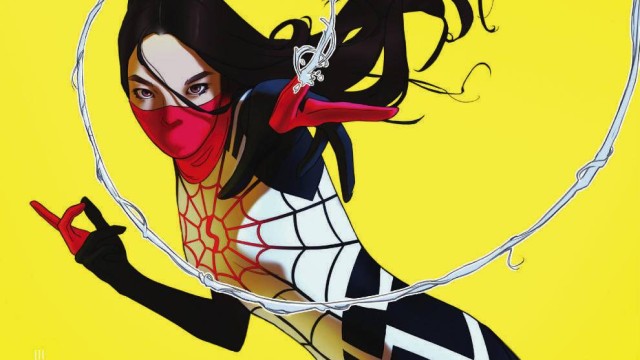 Cindy Moon is an intern by day and a superhero by night. Sometimes she has to do both things at once. She is also trying find out what happened to her parents. It is not unfair to say that, at present, Cindy Moon has a lot going on. With flashbacks to her life before the bunker and leads to nowhere in the strange case of the disappearing Moon family, Silk continues to be a complete delight.

Robbie Thompson’s script is on point. The dialogue is witty and the story is so much fun to read. Cindy’s internal monologue is charming and it gives the reader access to another side of our heroine. A side that may not be quite as bold or cocky as Cindy may like those around her to believe. The narrative moves along comfortably managing to pack in action, romance and flashbacks without ever feeling rushed or overwhelming. Readers may find Cindy’s run-in with her ex a little cliché but that doesn’t mean it’s not pitch perfect for the story or the character. If you hadn’t noticed yet, Cindy’s life is sort of weird.

Issue #2 also goes a long way to highlight how alone Cindy really is. Her family is missing, her mentor is dead, and the whole world has changed. Cindy is an outsider, but not because of her race, or gender, or favourite Starfleet captain, but because she has literally been locked in a bunker for 10 years. Her otherness is the result of her circumstances, not her being. That is not to dismiss who she is, rather an acknowledgement that she has been given the opportunity to be so much more.

Through her artwork, Stacey Lee brings so much charm to Silk. She has made the book cute and cartoonish but not in a way that would turn readers off and really helped set the tone of the series. Her attention to details especially when character design is concerned is exceptional with everything from their hairstyles to their postures being taken into consideration.

For example, Cindy’s costume is as practical, functional and stylish as her civilian get up. So many artists forget that the way people dress is often an important part of the way they perceive themselves and the way they are perceived by others. If we are to create, support and relate to these characters they need to become three dimensional and artists like Lee are doing wonders to make this happen.

Herring’s colours are similarly thoughtful. Flashbacks are givens a dreamlike quality with washed out blues while the present is assigned a much bolder palette. Thanks to a red accent that runs through the entire book you are never in doubt as to who is the star of this story. Your eye is automatically drawn toward Cindy, wherever she may appear on the page.

Well written and beautifully rendered, Silk is on its way to becoming one of Marvel’s the most interesting female led titles – it’s definitely becoming one of my favourites and we are only two issues in.