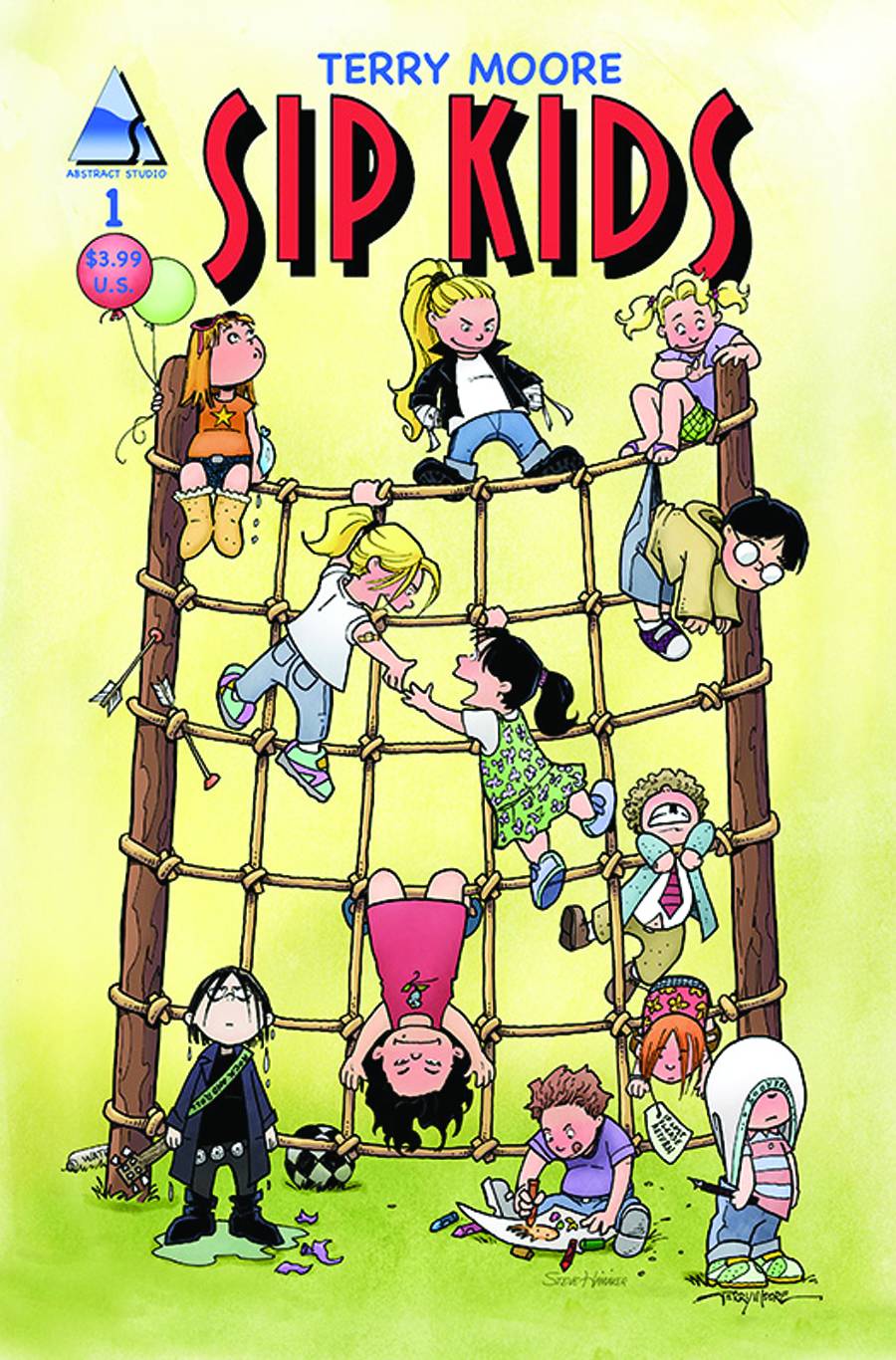 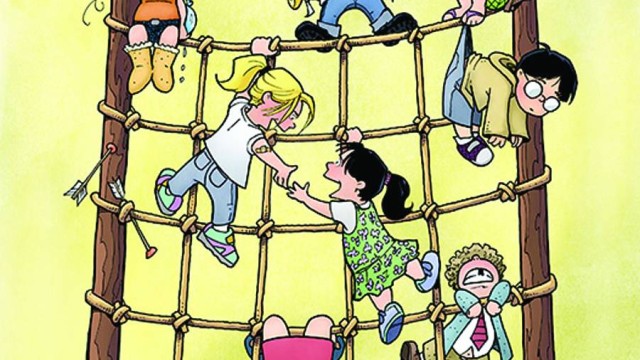 In a Charlie Brown fashion, Terry Moore has gathered up the characters of his epic comedic drama, Strangers In Paradise and transported them back to kindergarten. Just like the original series, this book takes turns telling the story through the eyes of Francine and Katchoo, centering on their summer break and participating in a soccer league.

The story is riddled with references to interactions and personality quirks that originally occurred in Moore’s Strangers in Paradise series. These nods and references obviously reward and delight readers of that previous series. While they are not necessary to enjoy what is happening, previous fans are given the fullest indulgence. If you’d like to be “in” on everything you might want to try at least use an internet search for character summaries for everyone given a name in the story. Better yet, check out Strangers in Paradise ($100 for the Strangers in Paradise full series omnibus.) However, that can be a daunting task for some due to the number of issues.

Parents or readers who work with young children will see many humorous roles that children can take upon themselves. Like my own son, David is the child of nature more invested in studying the world around him, than caring about what the other kids are doing. Francine continues to just want to be loved and accepted, no matter who is offering it (or in some cases, how lucid they are at the time.) Katchoo is brash, blunt and quick-witted. Add to this the regular cast of characters getting into arguments the involve cliques, debates about vocabulary and other issues. Moore is quick to use Katchoo’s forthright nature for some trying moments that take this technically all-ages story to a level where you would want to have discussions with your own children about what is happening.

As far as calling this an all-ages story, let’s get technical. The story has no in appropriate language, over the top violence, sexual innuendos, etc. However there are a few key moments where it’s clear that adults are the target. Kids calling each other names, trying to get them to join a group or be mean to one another, these are all things that happen in the book, but they also happen in real life to kids everyday. Instead of having a moral nutshell at the end to wrap it in a pretty package like you would find in Adventure Time or another cartoon, Moore deals with these issues the way they happen in real life. They happen and sometimes there is not clear resolution or decision. That’s why if you choose to let your kids read this book you may want to have a discussion about the themes or what was discussed.

Unlike Moore’s other books that are traditionally black and white, Steve Hamaker takes on color duty. It’s these colors, combined with the more rounded features of Moore’s character’s as kids that gives the story it’s Charles Schultz  feeling. Solid watercolor choices with just a few shadow colors create this charming effect that helps to sell the story, especially when [SPOILER WARNING]  Francine, Katchoo and Freddie are transported via hallucination back to their “old selves” and bathed in black and white detailed beauty that provides a perfect contrast to Hamaker’s world of color. [END SPOILER]  One more tease: The cameos are not limited to the characters of Strangers in Paradise which will have fans of another Moore comic ready for the next issue as soon as they put this one down.

SIP Kids allows Moore to tell more adventures of Francine, Katchoo, David and the crew without being beholden to their past, yet still respectful of it. Katchoo herself exclaims, “REBOOT” in one panel. If all reboots were done in this fashion of fun, humor and heart I think there would be fewer groans across the comic community.