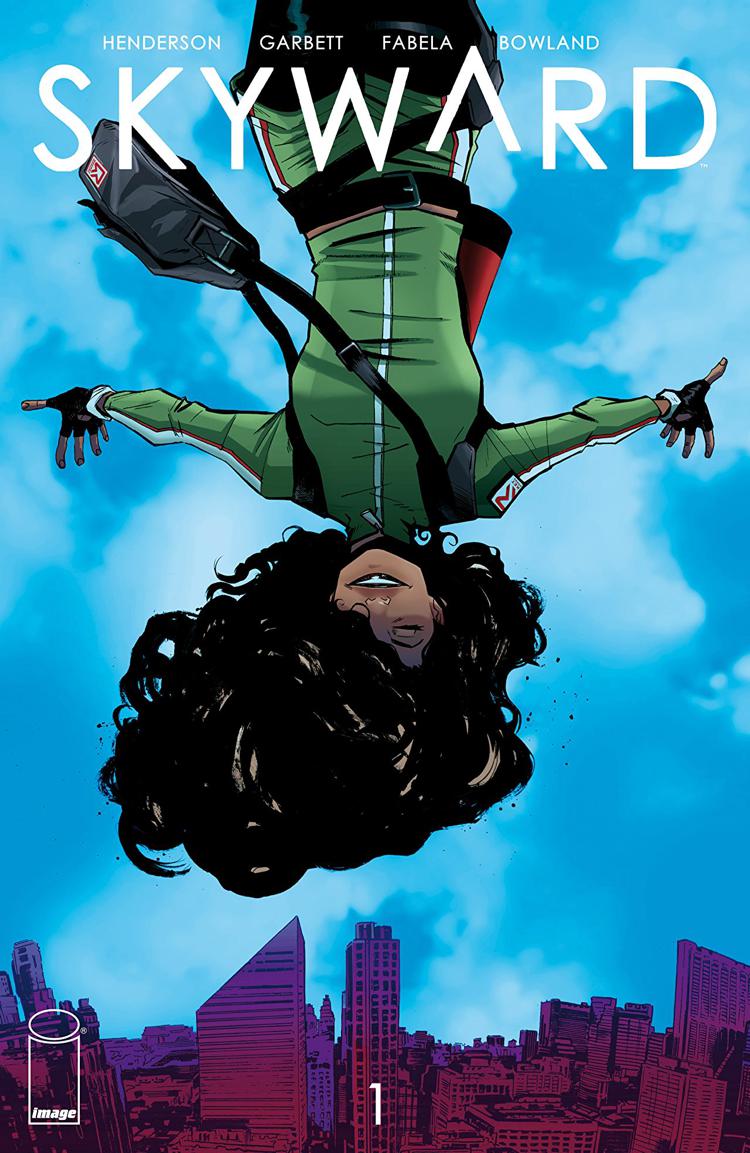 Something has happened to gravity. In a blink of the eye, anything not indoors or nailed down started floating away. Twenty years later, Willa, a young woman who has no memory of the world before, adventures through a world where the rules of physics don’t apply.

This is a strong first issue setting up the world and the principle characters quickly. I was reminded of Y The Last Man in the tone of the set up. We are thrust into this world shockingly and quickly. Now the meat is how regular people deal with the fallout (no pun intended).

I absolutely do not recommend thinking about the science of this. There is no attempt here (nor do I expect it later, to be honest) to add science or pseudo-science to this. Even the one time it almost does, a mention of how a handgun won’t work without gravity, is incorrect. I will endeavor to stick to the internal logic instead of applying any outside pedantic thoughts to the rules of this new world.

Garbett’s art works well with the story, keeping the movement clear and the characters grounded in a reality (ok, that pun might have been on purpose). The style certainly adds to the similarities between this book and Y, with big panels and a simple, character-focused, layout.

Just pondering, if it’s been twenty years since whatever happened to gravity, surely they would have put something over the city to keep people from just floating away. This is an ever-present problem and from what we see they have taken only the smallest of actions to do anything preventative about it. Even netting between the buildings…

Sorry, drifting. Back to it.

There is a rough and tumble feel to Fabela’s colors. An earthiness to the choices of greens and browns that makes the characters pop against the background, particularly when that background is a bright blue sky.

But I’m still a bit stuck on the internal logic of the gravity thing. If it’s low gravity, like the moon, things would slowly come back to earth. And if there’s no gravity, literally everything would just fly off our fast-spinning planet the way water comes off the greens in a salad spinner.
So why….

Ahem. As I was saying:

Wait – Why do the pictures float off the walls when gravity goes wonky? There’s no force acting upon them, so gravity or no gravity, momentum should keep them in place. Is everything just being drawn straight upward at a slow rate?

I think this might not work for me. Perhaps I need to know if there is method to this, or if it’s one of those “don’t think about it! Comics R Fun!” sort of deals.