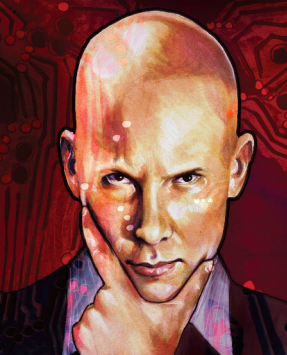 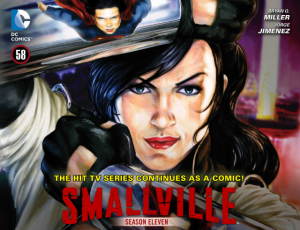 The introduction of Wonder Woman in the Smallville-universe continues as we see Diana’s world interact with Clark’s world. Something that I have always loved reading in comic books or seeing in TV shows and movies is flashbacks: whether it’s a scene of superheroes as kids or teenagers, I just love seeing what everything was like for them before they grew up and became heroes. The first pages in #58 is another flashback to Diana back at Paradise Island with Steve and not only was that some of the greatest panels in that issue: it was also some of Jorge Jimenez’s best art in the “Olympus” arc as we get some beautiful and colorful designs of the home of the Amazon Princess.

It’s also interesting to see Miller’s treatment on some of the supporting characters in the Wonder Woman mythology in the Smallville-universe and hopefully we will get to see one or two that were introduced in the flashback sequences in this issue. While I thought my feeling after having read this issue would be “When will Superman and Wonder Woman interact with each other?!”, I surprisingly felt that this pace is actually suitable because seeing the character that Diana interacted the most with in this issue was a surprise as well as intriguing. It’s once again going to be interesting to see how this continues to develop as the antagonist of the chapter will most likely soon strike. 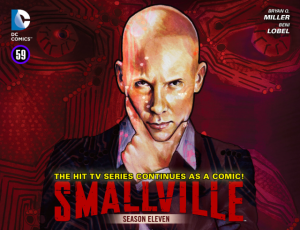 The penultimate chapter of the side-story “Hollow” continues the focus on Tess who had a lot of compelling moments with a character that I didn’t expect to see in those circumstances. It still made perfect sense to have the character there as it gave the readers some more depth into Tess in the state that she currently is in. One of my previous questions with “Hollow” was how it was going to tie in with “Olympus” but after this issue, I’m now struggling a little bit with this side-story because it’s very unclear with where things are heading, both for Tess and the story itself.

It needs to be said again that artist Beni Lobel’s artwork in this story is great, especially because of how well he draws Cassidy Freeman as Tess in “Hollow”. The issue ends with a cliffhanger that wasn’t expected at all so it’s going to be interesting to see what Miller has planned for the ending of “Hollow” because at this point, anything could happen.