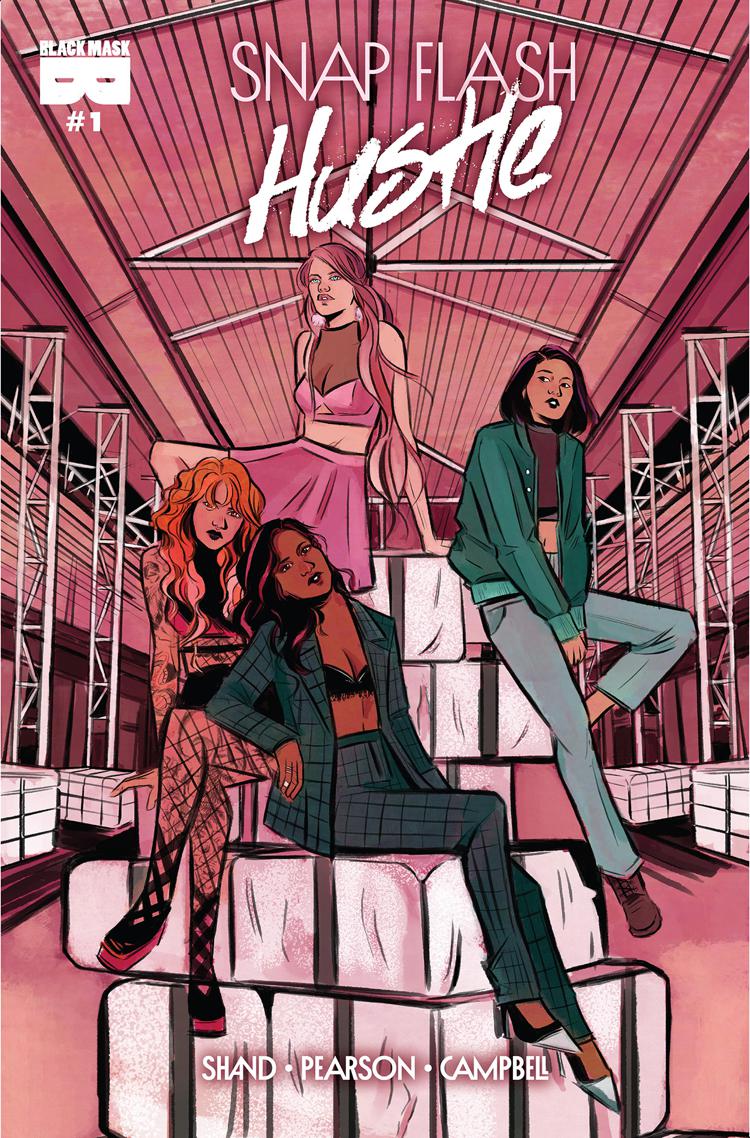 Her career going nowhere and crippling debt lurking under the surface, model Hayley Mori copies a hashtag for her own Instagram photo in order to gain some traction. But what happens when a great job turns into a complete nightmare? Find out in this first issue of Snap Flash Hustle!

I like that we know for a fact that nothing that is generally placed in the tropey world of different so bad in terms of her relationship will impact her marriage or throuple status, but a could implode due to something she caused herself—her insane debts. I like that she’s just messed up so badly that she’s desperate enough to join Coral and her business of modeling and “extralegal pharmeceuticals”.

I think Coral’s my favorite character. She’s a queen pin who’s going to take over the world and I love the two-face persona she displays in order to get what she wants. I’m excited to see more of her and her badass approach to her shady and artsy business.

I like the roughness of the lines in the pages. There are no really hard lines throughout the issue, it feels as if everything was done with pastels or some kind of broader stroke of an art utensil. It’s beautiful, and I rarely see this art style in things I read, so this was a treat.

I like the way the panels are laid out. If someone’s on a phone or a computer, you’ll see a bubble like a speech bubble for what’s on the screen. There are a lot of panels that look like these Instagram posts too, which is cool.

I especially liked the lay out of the pages that are six square panels each. Every other panel seems to give a hint into the life that the main character lives juxtaposed with the work she does, which I find both brilliant and depressing in a good way.

Definitely check out Snap Flash Hustle. It has a fantastic premise, wonderful art, and some gripping characters. I recommend it.