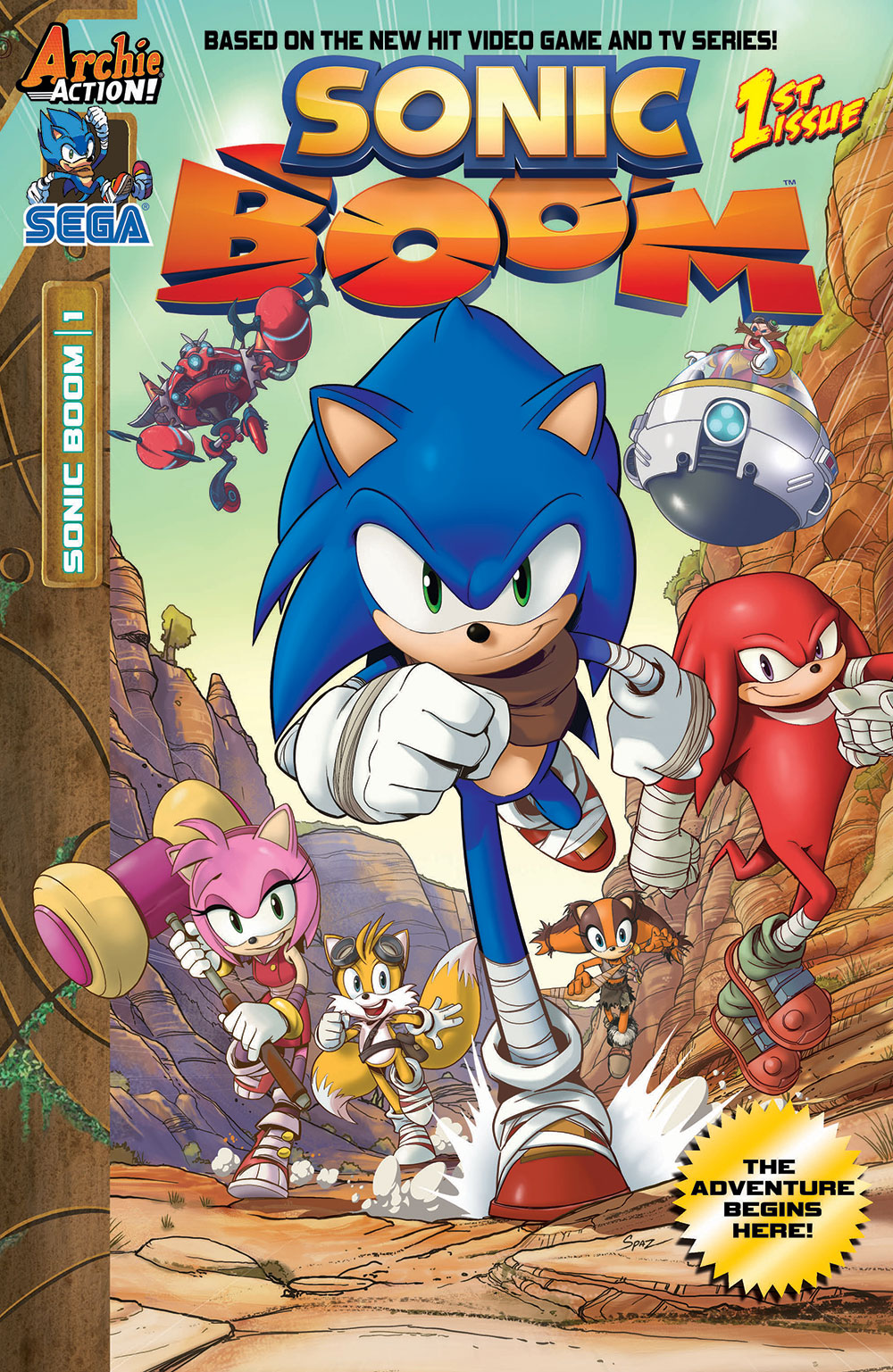 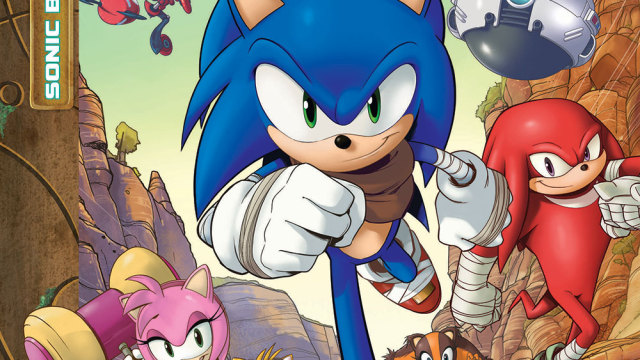 On a tropical island halfway across the world live Sonic the Hedgehog and his team of friends: Tails, Sticks, Amy, and Knuckles. Life is pretty blissful normally — that is, until the threat of Dr. Eggman rears its ugly head. When Tails’ house goes missing, uprooted by a giant rock cyborg (say what?), it’s time for the gang to take action and bring things back to normal. Well, almost.

In advance of the television show debuting on Cartoon Network November 8, Archie Comics launches Sonic BOOM #1 — a true introduction to Sonic and his pals — aiming squarely at kids (and the young at heart, of course). Resident Sonic author Ian Flynn takes the wheel on what is a light-hearted, fun romp around the island the characters inhabit, and a tongue-in-cheek first issue introduction.

All the characters get their (self-aware) logo lettered name call and some equal time on the ground, so as a primer for the television show, issue #1 will be great for kids. Each character gets to put their personality on display and have a part in taking down the nefarious (although he doesn’t seem THAT bad) Dr. Eggman.

As a story in itself, though, it’s a little busy for a newcomer who might have wanted a little more focus on the classic Hedgehog alone. With the number of comics coming out each month featuring Sonic — rivaling Batman, honestly — you’d be hard pressed not to get what you need somewhere, however.

The illustration by Stanley and Bryant is fun, crisp, and perfect for kids who the savvy parent may want to transition into reading and away from the television set. The action is kinetic, as it should be for characters known for speed. But most of all, the colors put down by Matt Herms are super fun and compelling to the eye. The way he chose to pastel most of the backgrounds, but maintain the shock, nearly neon colors of the characters, helps keep the action vibrating on the page.

As a story in itself, Sonic BOOM #1 is not going to appeal to adults and kids equally, the way an issue of Adventure Time does, but it is a great gateway book for youngsters to a whole host of things their parents have enjoyed — cartoons, comics, and video games. The script will make them laugh, the art will keep them excited, and the twist ending will make them gasp. What could be better than that?