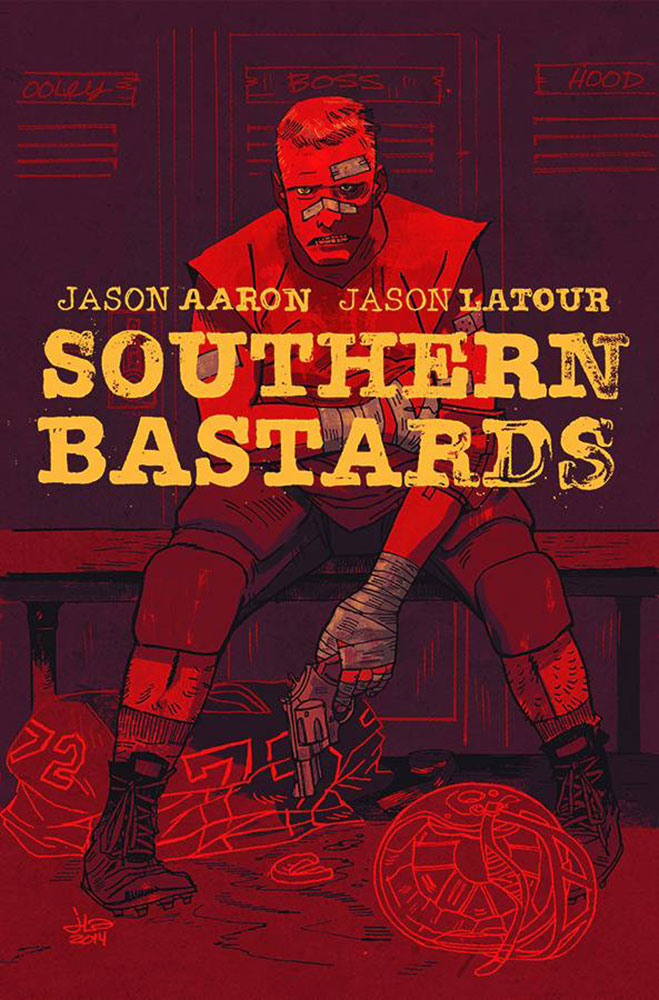 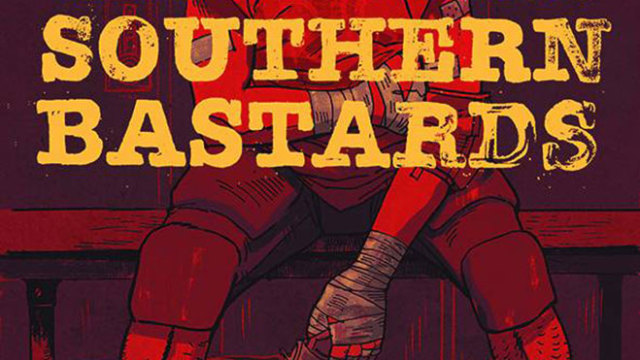 Jason Aaron and Jason Latour’s Southern Bastards is high art disguised as a dirty southern tale of family, football, and crime. Southern Bastards #6 focuses in on the past of Coach Boss as he struggles to make the high school football team. His origin is dark, and sad, and everything you might expect from this wonderful book.

Southern Bastards, like any good story, makes you sympathize with the villain. In the world of Southern Bastards, at this point, Coach Euless Boss is the big bad, the Darth Vader, the Lord Voldemort. Villains aren’t born evil, they have humble beginnings. Through their upbringing they are introduced to the harsh realities of the world. It warps them, but we see them when they were young and pure, and we feel for them. Euless Boss is just a scrawny kid trying to make the team. He’s out there trying hard, but because he wasn’t gifted with a big frame or natural ability, he gets destroyed.

Since I was not an athletically gifted kid throughout my childhood I could relate to this struggle. However, Euless has it much worse. He has a horrible father who treats him like crap and regularly partakes in illegal and dangerous activities. A big motivator for Euless is to be noticed by his father. This goal seems futile. Euless finds friendship in an old blind African-American janitor. He mentors Euless. If you’ve seen The Karate Kid you’ve seen this before, but it works here. The janitor character is filled with so much meaning given the racial tensions that fill the South.

Jason Aaron is very familiar with the American South and it shows in his writing. He writes with an ease and confidence. The world of Southern Bastards is a place that feels lived in and Jason Aaron fills this world with rich characters. From Earl Tubb to Euless Boss to the janitor, these people exemplify the lives and conditions of the south. I like how Aaron is showing us the inequality of race in the South without explicitly talking about it yet. For example, when the African-American players help out Euless when he is being beaten up by white players. It shows that there is a disconnect between white and black players in an elegant way.

A lot of the praise for Southern Bastards goes to Jason Latour as well, who is producing the work of his career. The character design, set design, coloring, character acting, panel layouts, etc, all work to enhance the quality of the book. Although I haven’t spent much time in the South, after reading Southern Bastards I feel like I have. I particularly love the way he draws faces. They look rough, jagged, and beaten on. This mirrors the harsh, dead, landscape of the South he portrays. Latour’s coloring is also worth mentioning. The way he uses red to emphasize a violent moment really works to accentuate the anger involved in the act, like placing an exclamation mark behind it.

Southern Bastards #6 is another fantastic issue. Aaron and Latour are the next great American voices of the South, approaching it with a love as well an undeniable hatred for the bastards that fill it. Read this book.