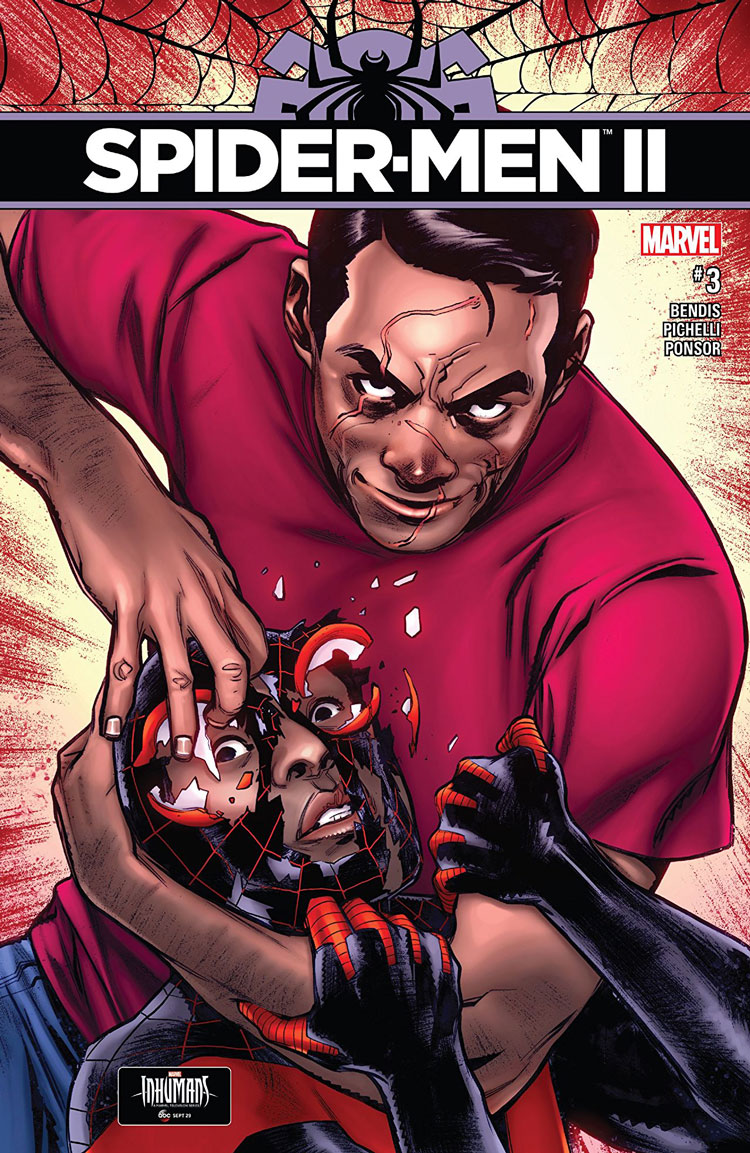 “Never judge a book by its cover,” the old axiom goes. But in this instance, when the cover is a clash between the Miles Morales of Earth-616 and the Miles Morales formerly of the Ultimate Marvel universe, and the book itself is titled “Spider-Men,” actually seeing a Spider-Man is probably the bare minimum to expect, right?

As the great philosopher Otto the Bus Driver once said, “Man, that is flagrant false advertising.”

Spider-Men II #3 is an interesting look at the original Marvel Universe’s Miles Morales — older than our Miles, scarred, and 100% in league with criminals — but while it tells stories about Miles-616’s time in prison and the growth of his relationship with the Kingpin, we see nothing of why this Miles is the way he is. We don’t know why he’s in prison, we don’t know why he drifted towards crime in the first place, and we certainly don’t know why he chose allegiance to Wilson Fisk.

Again, we also spend the entire issue without a single panel about either of the Spider-Men. Brian Michael Bendis is very, very skilled at getting into a character’s head, so I’m not opposed to an issue all about Miles’ dopplegänger… it’s that if you’re going to take the focus away from the title characters, I’d like that skill to actually be applied, especially for four bucks when I don’t have a ton of disposable income.

About the only positive thing I can say here is that Sara Pichelli’s art is consistently great, delivering on keeping the story beats and pacing exactly where they should be and giving this issue a sinister feel throughout.

For an issue centered around Miles-616, the story does nothing to address his inner feelings and motivations. We get a helping of “here’s some stuff that happened,” but this is supposed to be the payoff to a five-year-long mystery. I’m perfectly willing to wait and see if the remaining issues of Spider-Men II address this, but again, the story told in this chapter is all bones and no meat.