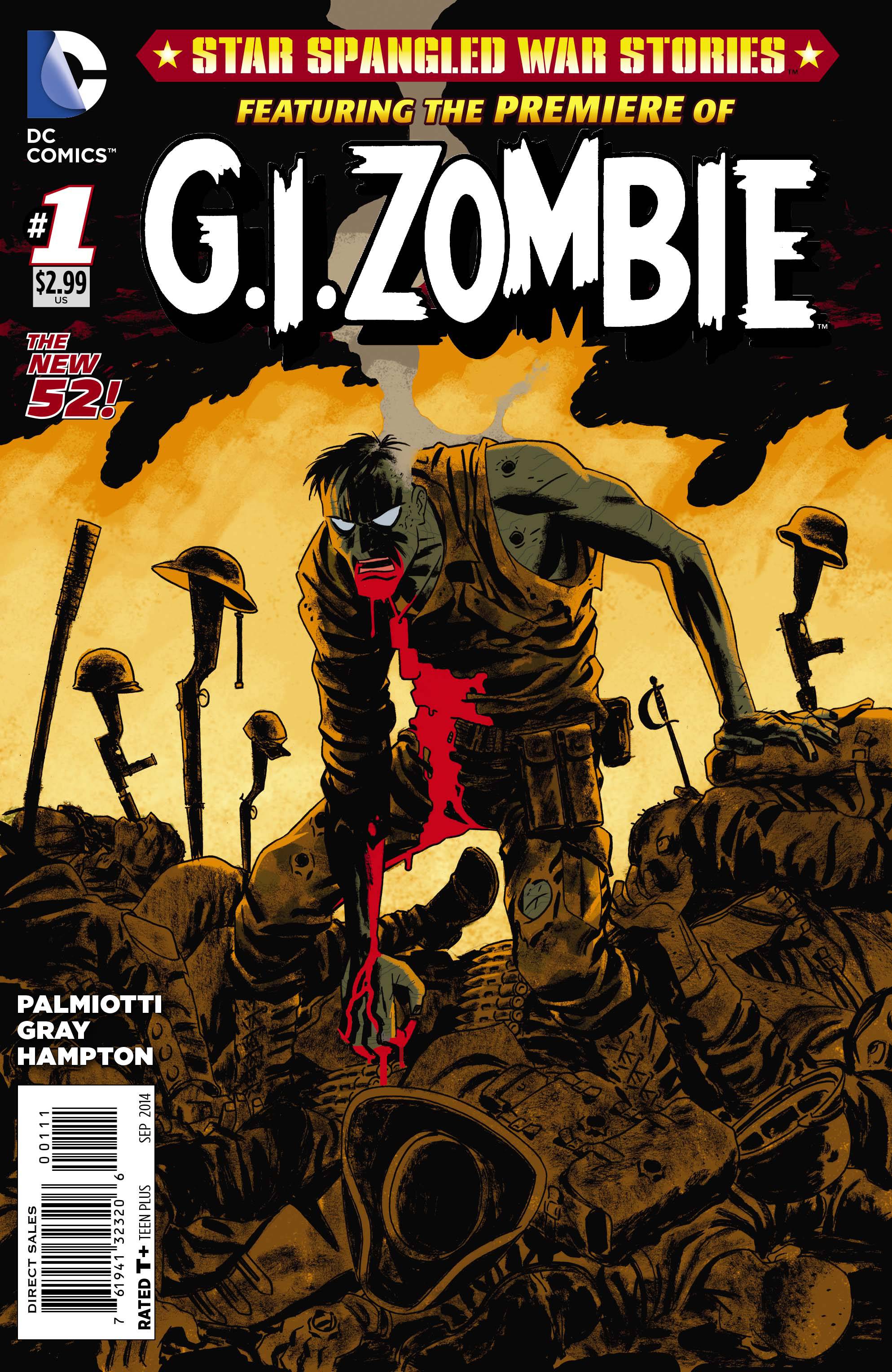 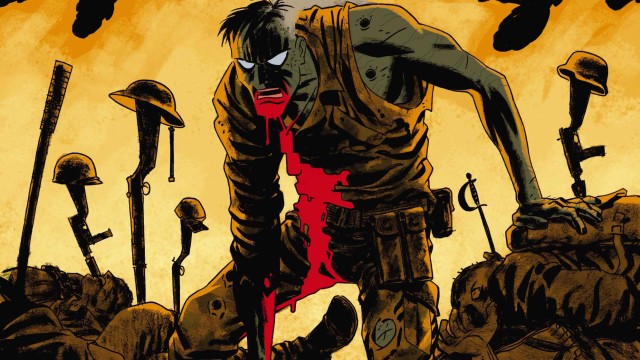 A woman and a zombie walk into a bar… the start of an awkward joke, or one of the biggest surprises from DC Comics in the last year? Meet Jared, the G.I. Zombie, and his partner Carmen King. On assignment in the middle of nowhere Mississippi, the two federal agents have set out to infiltrate a local militia that has a surprising arsenal at its disposal. Meanwhile, the G.I. Zombie is hungry…

So, this is different. It’s actually a little difficult to rearrange my brain for a moment to understand that this is a DC Comics title (not Image), and a brand new #1 for the New 52 (not Vertigo). And that’s not a criticism by any means, but simply an observation of how different and outside the box this title may end up being for the fan (or critic) who’s expecting the usual super-hero fare.

The set-up here by writing team Palmiotti and Gray is fairly strong, establishing an immediate relationship between undercover Carmen and the reader. It’s fairly apparent straight out that the agent is perpetrating a ruse, but the nature of how she manages to get away with it remains a well-orchestrated reveal. Jared’s physical limitations and abilities get introduced adeptly, so even in just the first twenty pages we have a good understanding of his nature as a zombie. With so many varieties of the undead in popular fiction these days, this is a pretty critical explanation.

We don’t get nearly as much into the head of the G.I. Zombie in this first issue as we do Carmen, but that seems to be much more of a reflection on the type of pacing the writers are after than any fault of the narrative. Your standard Big 2 issue #1 is usually expected to be a full primer, especially when the characters and/or premise is new and unusual. What Gray and Palmiotti seem to be developing here is much more akin to what we expect out of a creator-owned series published by one of the independent companies. And that’s part of what will make this series such an interesting addition to DC’s main line.

The interior pencils and colors by Scott Hampton also are a significant factor in making this title stand out among DC’s (and Marvel’s, for that matter) fleet of books — ones that usually employ sharp inking against bold color and flashy panel layouts. What Hampton delivers instead is a much more sedate illustrative style that utilizes a painterly (almost paint marker-ish) effect to carve out shape and shadow on the figures.

You imagine that there’s not a lot of fine detail involved in the penciling, until you get to the first close-up reveal of the G.I. Zombie’s face without flesh-mimicking make-up. Once you see the perfectly dead eyes juxtaposed with soft features and razor thin outlining just around the edges of the face, it’s hard to look away. Hampton is truly capturing the grotesque glamour of an undead monster who could charm the flesh right off your bones.

By the end of issue #1, we have a fair bit insight into the personalities of each character, but with little to no background other than their current assignment. Normally, this would be an area of concern for me reviewing a first issue, but given how much this title will likely stand apart from others in its line, it’s a factor worth overlooking. If you’re a fan of independent noir or horror comics, Star Spangled War Stories (such an odd name) is certainly something you’d want to check out.

And if you make DC Comics your regular home as a collector or fan, I’d encourage you to give this book a shot. It’s a strong addition to a universe working on its tonal diversity, and a good start to an exceptionally subtle horror story.