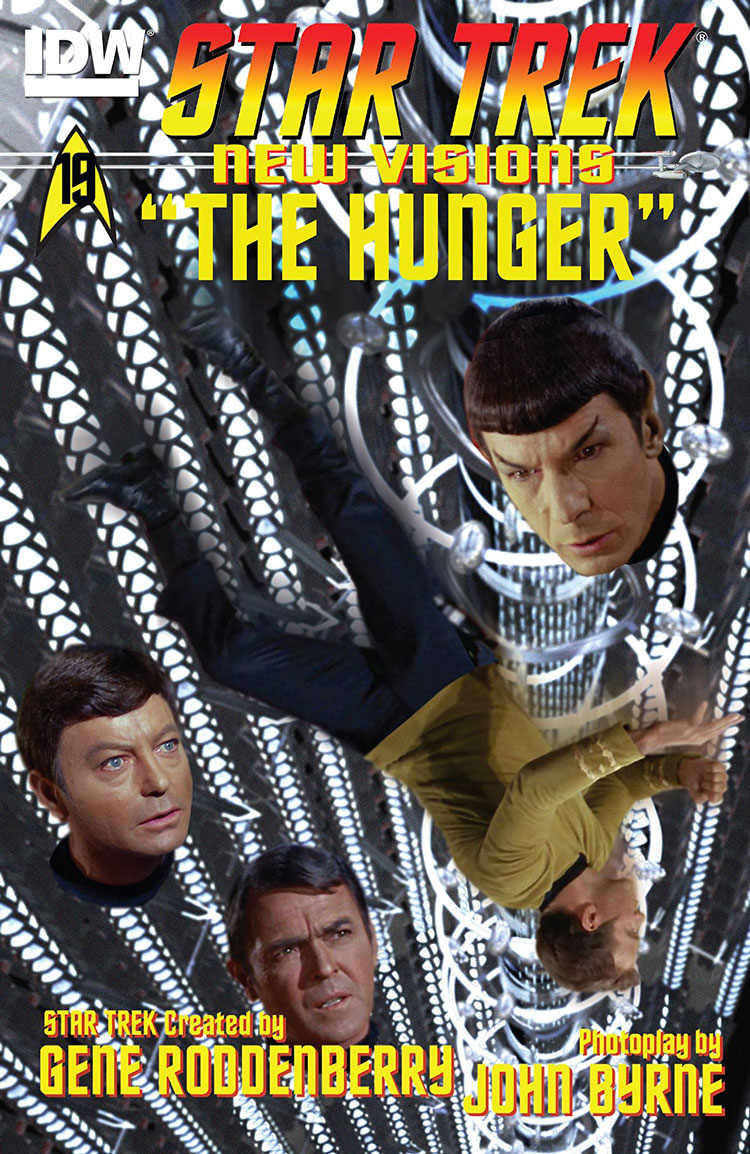 There was a TV and movie tie-in product in the old days called the “photo novel.” An odd bridge of genres, these books took screenshots and added dialogue much like a comic book. I actually first experienced Star Trek: Wrath of Kahn in one of those, not seeing the movie itself for many years.

I have dipped into John Byrne’s experimental throwback a couple of times, but have not really dug in. At first blush, New Visions is the sort of thing you might get with image-addicted fan fiction. But it’s important to remember this is not just any Trekkie making up stories, this is John Byrne, one of the most influential comic creators of his generation.

And so New Visions is not just any comic.

What Byrne is doing is not just adapting existing stories, but rather pulling and manipulating screenshots from the original Star Trek to make entirely new stories. Essentially using photo manipulation and additional graphics to compose frames, as if he were drawing. Characters are framed not the way they would be on screen, but the way they would be in a comic panel.

This issue features the original cast doing what they do best, sending the most important crew members to explore a new planet without proper personal protective equipment. The crew stumbles upon a string of dead worlds and has to race to stop the cause.

Having tried an earlier issue, I can see Byrne has certainly expanded this form since the beginning. The story is clearer and the photo manipulation more creative. If they could land the right artist, this could be drawn over like a light box and made into a traditional comic with no rearranging.

The book does feel more like an experiment than a story, though. And not one that could be replicated by very many series. Fans of the original series will enjoy the story, once they settle into the format.