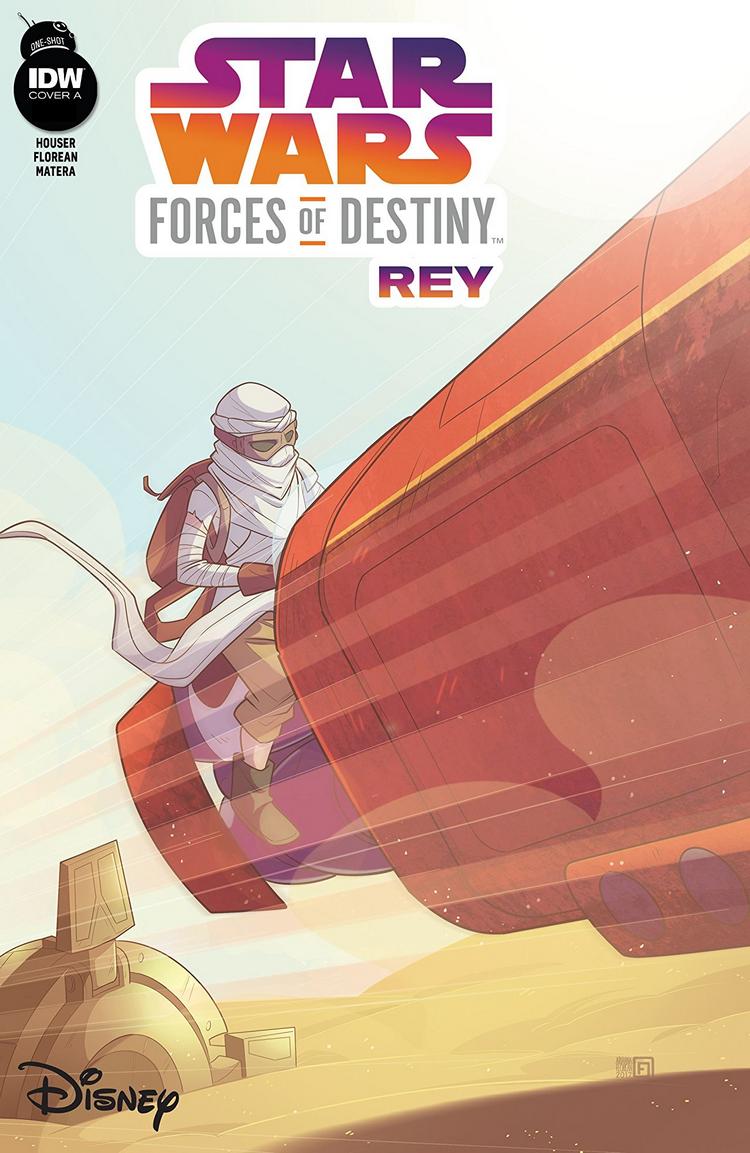 I find it admirable that IDW would create a five-week Star Wars event devoted to female characters. I think it’s fantastic that all the series are written and drawn by women as well. It feels a bit tone deaf that not a single editor is a woman on this issue, and just highlights how uneven women are represented in comics today and how comics can be similar to film in that there has been more of an outreach for women on screen than behind the cameras, but at least IDW is trying to do something empowering, and that counts for something.

This issue is a slight retread into the Force Awakens. It revolves around Rey finding BB-8 at the beginning of the story and what happens to her in between finding BB-8 and bringing BB-8 to the Niima Outpost. However, it also subtly hides a small story about how being kind to someone and how helping them out is a net positive in the long run, which I found intriguing.

Rey in this has more of a relatable tone than she may sometimes have in the movie because this is more of a stream of consciousness telling of her point of view. It delves into all the emotions and small tidbits that are hidden by strength and gives more insight into how Rey ticks as a person. It’s interesting to see how she views the world.

Florean has a fun style to her art. There’s always some kind of movement to it, whether it’s Rey’s hair reacting to Rey abruptly sitting up or a salvager ready to shoot his gun. It’s a cartoonish, animated quality that makes each panel feel full of energy and dynamism.

The facial expressions Florean creates are fantastic as well. I love how much Rey is allowed to emote in this, from how she looks waking up from a nightmare to her reaction to having a group of salvagers gang up on her. While I love how animated Rey’s feelings are, I’d say my favorite face reaction is from a salvager who gets hit in the head by Rey’s staff. His mask reacts in pain, a single man tear dripping down his face as he holds his maskface. It’s kind of adorable.

I say check the series out. The creatives chosen to helm each of the issues are awesome, and they’re just overall fun to read.