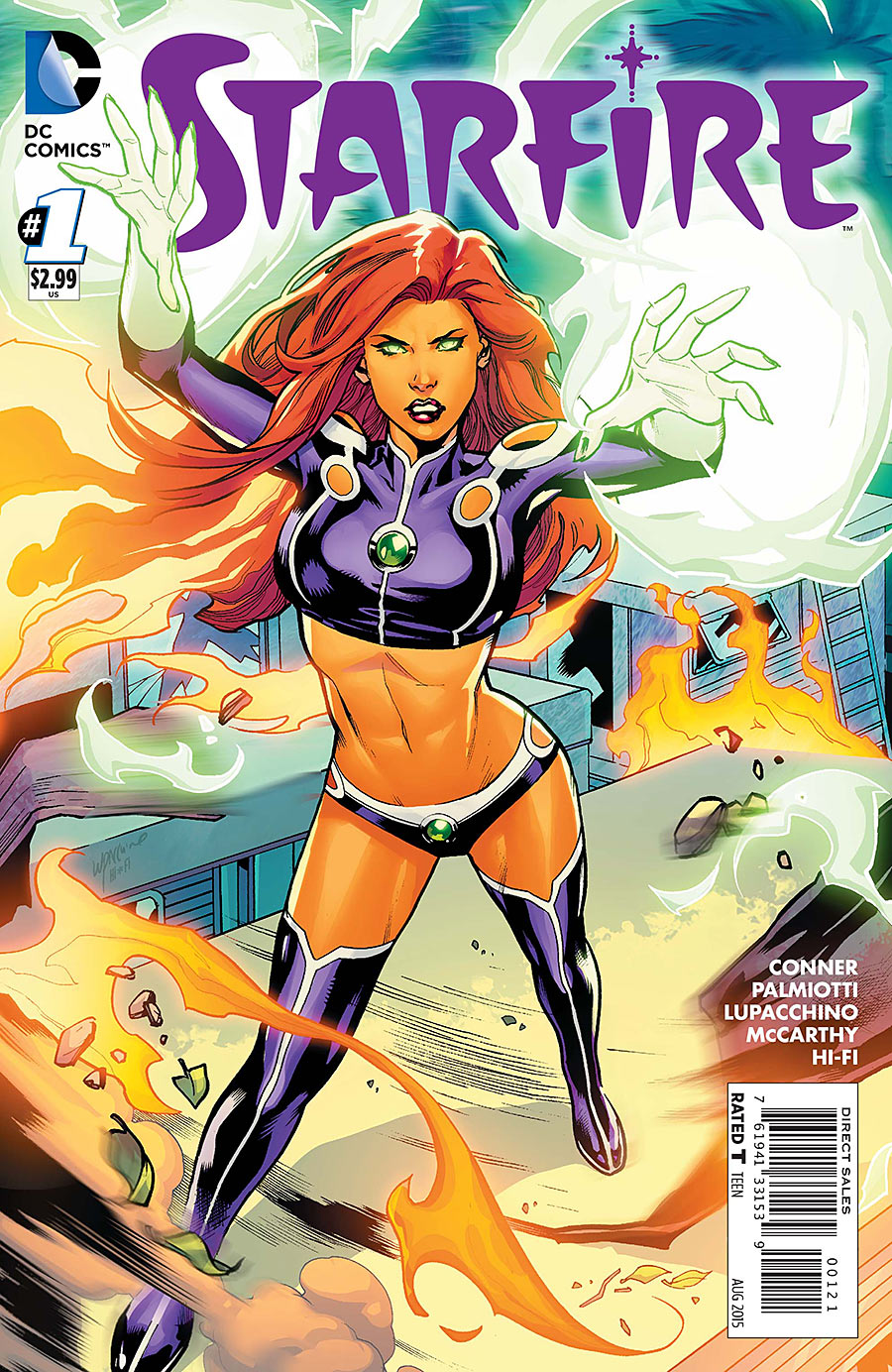 Sold into slavery and leader of an alien rebellion as a teenager, Princess Koriand’r has traveled a long way to get where she is — and that’s Key West, Florida. Because if you were a stunning, orange-skinned, and good-natured alien woman looking to make friends and settle down, isn’t that where you’d go?

Well, Starfire #1 answers that question with a resounding “YES.”

I’m not going to beat around the bush here. This is likely going to be the book of the week for many readers, long and short term alike. And if you are a fan of any stripe of Starfire — from her days with the New Teen Titans to her fresh-faced look on Teen Titans Go (and even her stint alongside Red Hood) — you are going to love this book.

Part of the reason is that it’s just such a great book, no matter what your history with the character is. Conner and Palmiotti come out of the gate with a day in the life tale that breathes funny, quirky, and honest humanity into every character on the page. Starfire is naïve, but not stupid. She’s full of life in a way that practically busts out of her every word. Her kindness is rooted in a genuine sense for treating other people right. For an alien, Palmiotti and Conner’s Starfire may just represent the best of humanity.

And having a character like that is just so damn refreshing.

The interplay between Starfire and Sheriff Gomez is the true highlight of the issue, as we get to know more about Kori’s new best friend, and their personalities bounce off of each other perfectly. I get the sense the Sheriff is a gruffer type normally, but there is undoubtedly something about Starfire’s presence that would light anyone up. And putting the character into a situation she’s long been missing — a solid female friendship — is so powerful in so many ways right out of the gate.

The scenes couldn’t get to the wonderfully warm place they do without the hand of Emanuela Lupacchino, whose clean-line and utterly beautiful (but not in the least exploitative) rendering of the princess — and every one around her — is remarkable. Kory’s range of emotion speaks volumes about her openness to the world, and it’s clear from the get-go that this is a woman who is a) not uncomfortable in her own skin, b) confident in her personal protection, and c) open to everyone else’s truth, as well.

The structure of the layouts do mimic a bit of the writers’ other gangbuster book, Harley Quinn, in its episodic nature. Multiple things are happening in the same panel and it all reads spectacularly. The difference really is slight in tone, with Starfire taking a less wild, more heart-warming approach, but with equal amounts of spirit and success.

A book that had me grinning from ear to ear before I even made it halfway through, Starfire #1 is everything fans of this character have been asking for — and more. I certainly didn’t think it could have been this good. Way to go, creative team, and way to go, DC. You’ve given us our girl back.