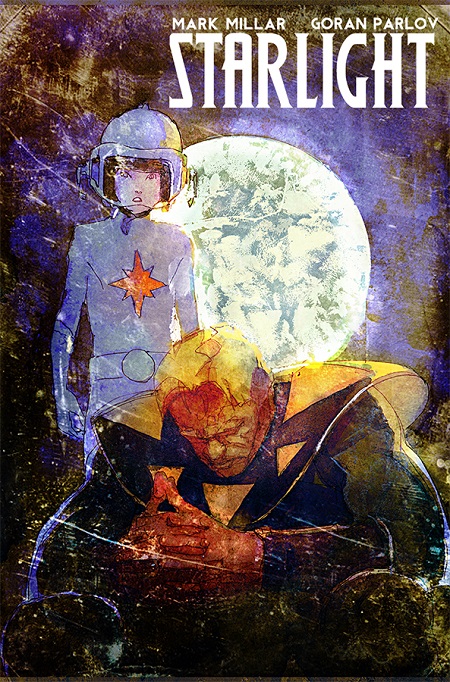 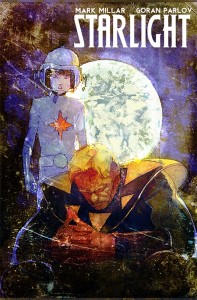 Duke receives a visit from his past and must make a tough decision about his future.

Starlight #2 starts exactly where #1’s solid cliffhanger left off and introduces, hopefully, a new main character. Krish opens with a great quote and continues to impress with strong dialogue throughout the whole issue. I found some of his use of slang slightly offsetting considering his backstory, but that didn’t deter me from enjoying Millar’s characterization of the young traveler.

If the Duke/Krish relationship doesn’t grip you in the first few pages, then you may want to skip to issue #3, because their conversation overtakes the entire issue. 24 pages of back and forth dragged, and an uninspired voice over backstory in the middle did not help matters. The issue lacked a certain… ooomph… to keep interest. It was uneventful, and while there was a moral dilemma throughout the issue, it would have been a huge surprise for Duke to be against the decision he had made. Starlight starts to come back around towards the end of the issue, as Duke tries to gain back his ‘space legs’ and ends on a wonderful splash page like issue #1.

Starlight #2 is not bad by any means. I just think that it didn’t work in the 24 page, single issue comic format. The story felt more like a scene from a movie and not a comic book. With Millar’s writing style gravitating towards a film approach, I’m not surprised.  When the first trade comes out and Starlight #2 is pages 24-48 of a bigger story, I think the scene will play better as a bridge connecting the beginning and middle of the first big arc, but for now it struggles standing on its own two feet.

The major standout from the first two issues of Starlight is Parlov’s world design. The spaceship and costume design are spectacular and a perfect nod to the sci-fi of yesteryear. The panel that hinted at the book’s villains was one of my favorites, and had the perfect amount of knee high boots and giant collars.  No matter where the story goes, the book is going to be memorable for the art.

A small detail, but I couldn’t look away from Duke’s face. The intricacy of all of his age lines and bags under his eyes made him the main focus of each panel he was featured in. Parlov’s facial expressions on Duke, while subtle, brought out all of the doubt and uncertainty Duke felt.

Starlight #2 is a slight mistep, but still a step in the right direction overall. The problems with this issue are not going to be the norm and issue #3 will recapture the momentum created from an amazing first issue. If you are a ‘trade waiter,’ then you won’t even notice the faults. I’m just disappointed that my only Starlight for this month boiled down to one extended scene.