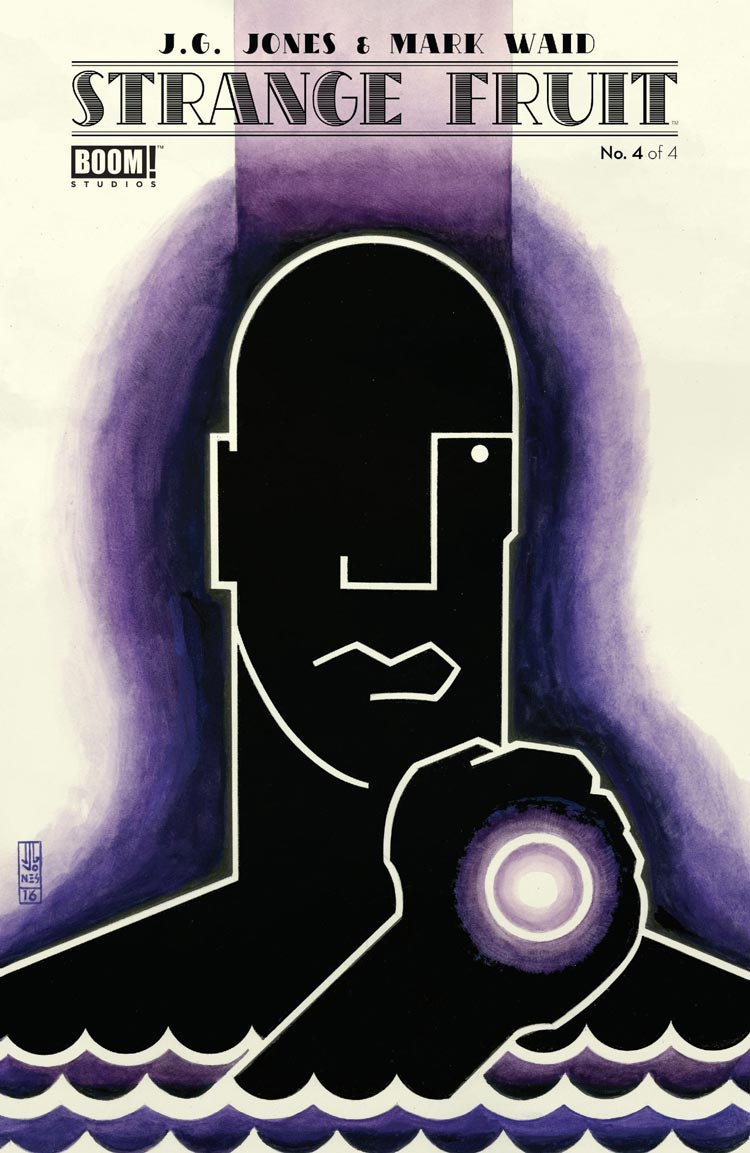 This, then, is how one of the most controversial comics in recent years ends: not with a bang, but a whimper.

There’s a mantra in monthly comics that when a creative team makes a dubious or questionable choice, readers and critics ought to suspend criticism of it until the full story plays out. There’s definitely a time and place for that kind of thinking given that there was once a significant cult following for a website dedicated to taking the bait and switch tactics of classic Superman comics at face value, but over a year after Strange Fruit first entered our lives, it conclusively proves that just isn’t applicable to most contemporary storytelling.

For those of you just joining us now, Strange Fruit is, by implication, a kind of alternate history take on Superman if he were Black and landed in a particularly racist backwater town in Jim Crow era Mississippi.

If this sounds eerily similar to the premise of the classic Milestone comic Icon, you wouldn’t be wrong. Except that Mark Waid and J.G. Jones took the extra steps of presenting their would-be Black Superman as a mute colossus who is first clothed in a Confederate flag and whose name throughout the series is a penis joke.

Spelled out like that, it comes off sounding like one of R. Crumb’s transgressive race-baiting underground comics of the 1970s, but Waid, accompanied by Jones’ painstaking photorealism, executes Strange Fruit with all the same sincerity and earnestness he poured into Kingdom Come with Alex Ross twenty years ago. Which is what makes Strange Fruit and its limp finale all the more baffling.

It’s one thing to ask the readership to ride out a storm when a hero swears allegiance to his bitterest enemy because the resolution could potentially bear fruit, but when the fundamental concerns are deeply-botched racial semiotics, there’s little hope for redemption.

There’s no gotcha moment to flip on its head the act of clothing a Black man in a Confederate flag. And so, the saving grace — if there is one — is going to have to come from somewhere else. But none is forthcoming.

The looming flood (that practically no one but the Black engineer sent by the Federal government takes seriously enough) finally arrives, pushing him into doing what the series has been culminating into since the opening pages: enlisting the aid of “Johnson” in saving a town that would rather see Black men dead than see them save either their lives or town. The determined, self destructive racism of both the town sheriff and KKK leader are about as realistic as they are farcical, but the same can’t be said for either Johnson or the Engineer.

The latter, it could be argued, is driven by sheer civic duty and maybe also the drive to save the few Black civilians we’ve seen. But the bulk of the issue is taken up by Johnson towing the homes and even the church of the white population to safety. Strange Fruit then becomes about a super-powered Black man being persuaded to risk his life to save the property of white people who were eager to jail and kill him. It’s a dynamic that is never discussed or examined, it simply elapses.

The entire issue is dedicated to Black people providing free labor, while also sacrificing life and limb for the safety and comfort of the white people who profit from their social and economic marginalization.

We’re also left with absolutely no idea how the supposed protagonist feels about any of it or what his rationale is for digging up a piece of technology from his crashed ship that enables him to work himself almost to death. Throughout the course of the series, Johnson has never spoken a word or clarified his motivations, and in the end, just as his work is seemingly done, he’s swept away in a rush of water and never seen again.

It’s probably meant to be some kind of metaphor about how heroes go unappreciated or that they don’t get to enjoy the fruits of their labor, but a moral that simplistic can’t possibly work in the racially charged environment that Waid and Jones have placed their story in — especially one that draws on a real world historical context. Whether they realize it or not, they’ve created a stock magical Negro story that reinforces centuries of damaging stereotypes out of what is nominally a Black superman analogue.

Maybe the intent is for the audience to feel sympathetic to Johnston and ponder what it means that he did all this with no reward for people who, for the most part, hate him. But ironically, arriving at that conclusion requires an inordinate amount of heavy-lifting on the reader’s part. By sending Johnson spinning away downstream, we never get the satisfaction of knowing anything about his motivations or perspective. And it also means that the white people who essentially exploited his altruism (while offering less than nothing in turn) are never pushed to reconcile the fact that they owe their lives to someone they view as subhuman.

Nothing is examined, nothing is resolved, leaving the story little more than an empty shell of crude racial dynamics.

The supreme irony of Jones’ contributions is that his laboriously photorealistic style renders the art completely superficial and emotionally impenetrable. His figures don’t read as dynamic human beings. They’re overly-posed wax figures. The writing leaves them too underdeveloped to properly care about and the lack of actual cartooning on Jones’ part does nothing to supplement it.

We understand Johnson’s physical power intimately thanks to the loving detail that Jones puts into his sinuous musculature and the carefully chosen angles that amplifies the visceral effect, but the man beneath those muscles, and everyone else in the comic, remains unknowable. The uniform washy earth tones that Jones employed in the coloring throughout hang limply on the page, doing nothing to guide the reader towards any emotional truths either.

In the final analysis, it’s impossible to know what Waid and Jones actually intended through the act of reading Strange Fruit because they’ve rendered the surface level of it completely inscrutable. So the only reasonable conclusion to reach is that it’s a naked reflection of American anti-Black racism that contributes nothing of note to whatever discourse it was seeking to participate in.