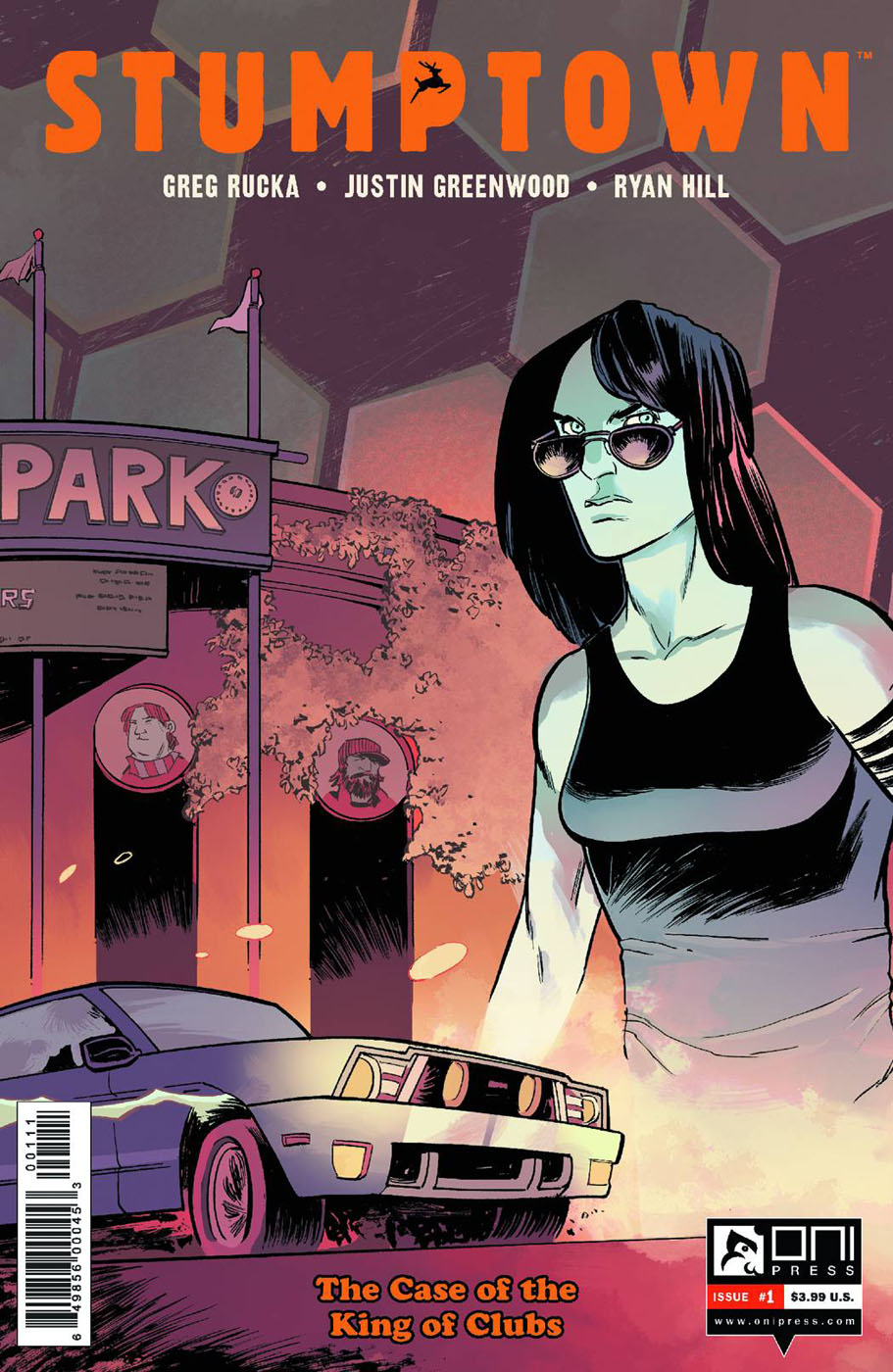 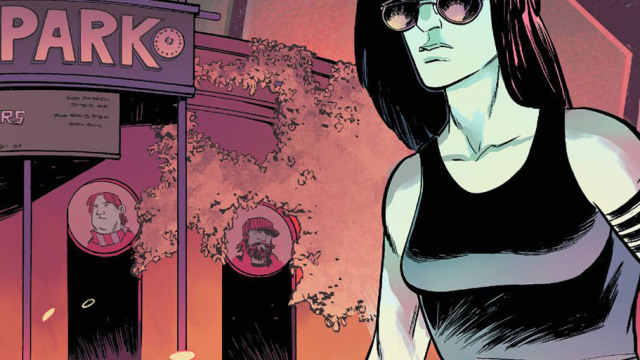 Dex Parios returns to the page with an all-new mystery to solve — and this time it’s personal. The Case of the King of Clubs has begun, and all of Portland (and a fair bit of Seattle) are suspects. Think soccer is just a friendly game? Think again.

Greg Rucka returns to his original detective protagonist Dex Parios with a third volume of Stumptown, this time launched as a monthly ongoing. Fans of the previous two series (and cases) will find a lot to love here immediately, as the writer zeroes in on one of the unexplored — but clearly compelling — aspects of Dex’s life, her relationship with her brother Ansel.

It’s an unusual occurrence for mainstream comics to feature any characters — supporting or otherwise — with Downs Syndrome, and Rucka’s subtlety with the representation is in keeping with the quality of the series tenor to date. Ansel is both excitable and withdrawn when faced with upsetting moments that might otherwise be ignored by less sensitive souls. His emotions are contagious on the page, and seeing Dex’s activity through his eyes has a real warming effect to the character that brings her back to longtime readers in the best way possible.

That said, Stumptown #1 may not express the full spirit of the series to newcomers. Its focus on Dex’s private life solely over her professional one is a brilliant addition to what we already know from the previous two series, but as a foundation for a new reader, it’s a tough way to grab hold of the premise. Thankfully, both previous series are quick reads, widely available from Oni Press, and come HIGHLY RECOMMENDED. I cannot capitalize that enough.

Where Rucka also brings a strong vibe in this first issue, though, is in the build-up to the climactic scene of violence. From page to page of personal conflict rising, crowd rapture, and just a general sense of dread surrounding the game, the atmosphere rises so steadily in its tension that you don’t notice it until it’s almost over. And then it hits you over the head with its ferocity, leaving literally everyone in question.

Justin Greenwood’s handling of that escalation is strong, driving layouts with text overlay that feel exceptionally oppressive. And because of the distinct focus on women throughout the issue, I don’t get the overwhelming sense from his art that this is so much a masculine environment of danger, but one of mass hysteria drawn directly from the game that crosses all gender lines. It’s a nice set-up that both professionals adeptly create.

Greenwood doesn’t deliver all the subtlety and nuance previous series artist Matthew Southworth had, which may ultimately be a limiting factor for the ongoing. His rendering of facial features is bit more angular and flattened out than I like to see, and the physical structure of each body is a bit awkward. As with any warm-up, however, I’m ready to give it a go and see where it takes us.

A great look into the personal life of Dex Parios that might not be the best place for new readers to begin, Stumptown #1 is certainly a welcome sight for longtime readers who have been waiting for the series’ return since the end of volume 2. I’m ready to settle in for the long haul for sure.