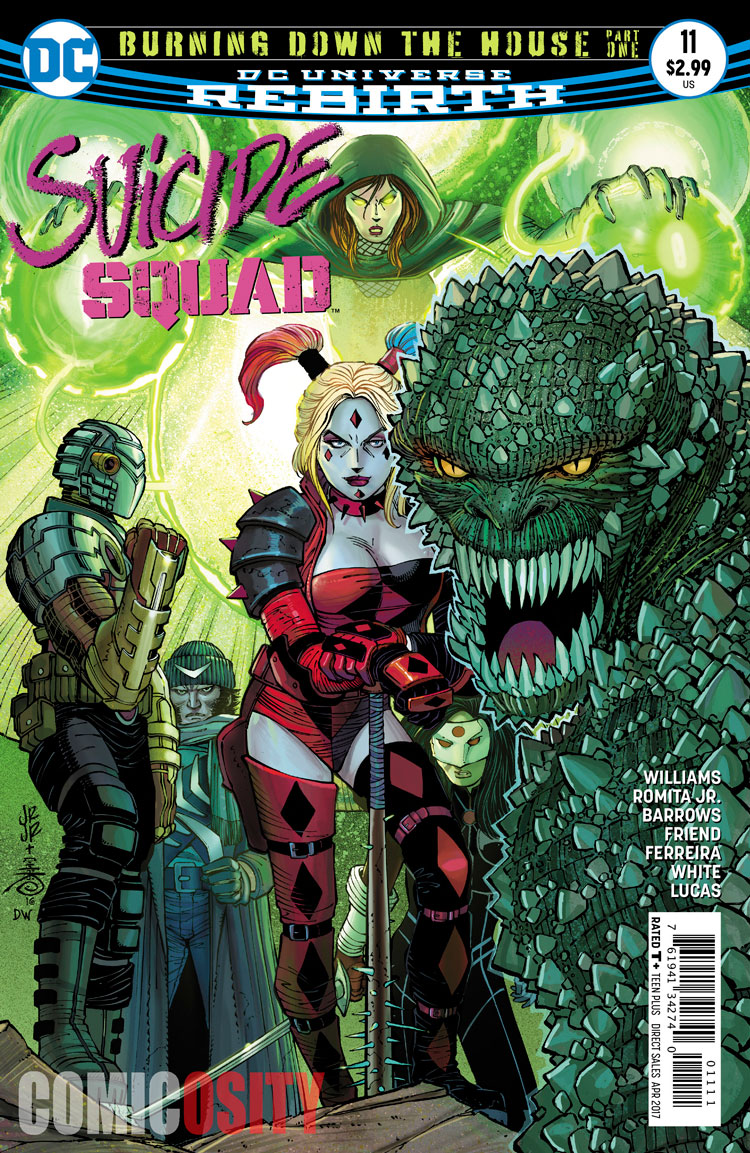 Oh Amanda Waller. What have you gotten the Squad into this time? Issue #11 doesn’t let us wade in slowly, rather dropping us straight into the deep end in terms of action. But that’s what we sign up for when picking up a Suicide Squad comic isn’t it? All ass kicking and no fluff. Although, there is a litle bit of fluff bubbling under the surface. You don’t see it coming. It’s so bizarre and surprisingly heart warming that it could only work in a story like this. Equal parts ridiculous and badass, this issue in particular is my favorite from the entire run so far.

So someone wants revenge on Amanda “The Wall” Waller and they are not playing games. Unfortunately this whole debacle has rendered her somewhat compromised and the Squad is placed under an alternate directive. From what we are left to surmise, the Queen of Mean Amanda Waller may have been the lesser of two evils. On the plus side however, this works to the benefit of our favorite gang of misfits as they are granted a little “me” time after busting their butts on mission after mission. We merely dip our toe in the water of what that means for each member of the Squad, but it’s obvious that an abundance of character development is in store for us as we take this breather.

The artwork granted us by Eddy Barrows and John Romita Jr is reminiscent of classic comic book flavor. Expressions, shading, and depth are uniquely depicted without re-inventing the wheel. This is motion, without motion. The fluidity of these carefully and strategically placed lines are essential to the flow and pacing of the story. Colors by Dean White and Adriano Lucas go perfectly hand in hand with the pencils, as each explosion and glaring gaze would be a pale shadow in comparison to the brilliant representation we have here, without these two. In short, the art in this book is definitely something to write home about.

Suicide Squad is a book that doesn’t get enough credit. Since rebirth, it has definitely become an entirely different animal than what it has been in the past without losing any of the charm or ingredients that add up to make these characters work together so well. Each character is given so much depth and personality, which is no easy feat to accomplish in just a few pages at a time. Rob Williams has breathed new life into a time honored story and he is definitely the right man for the job.