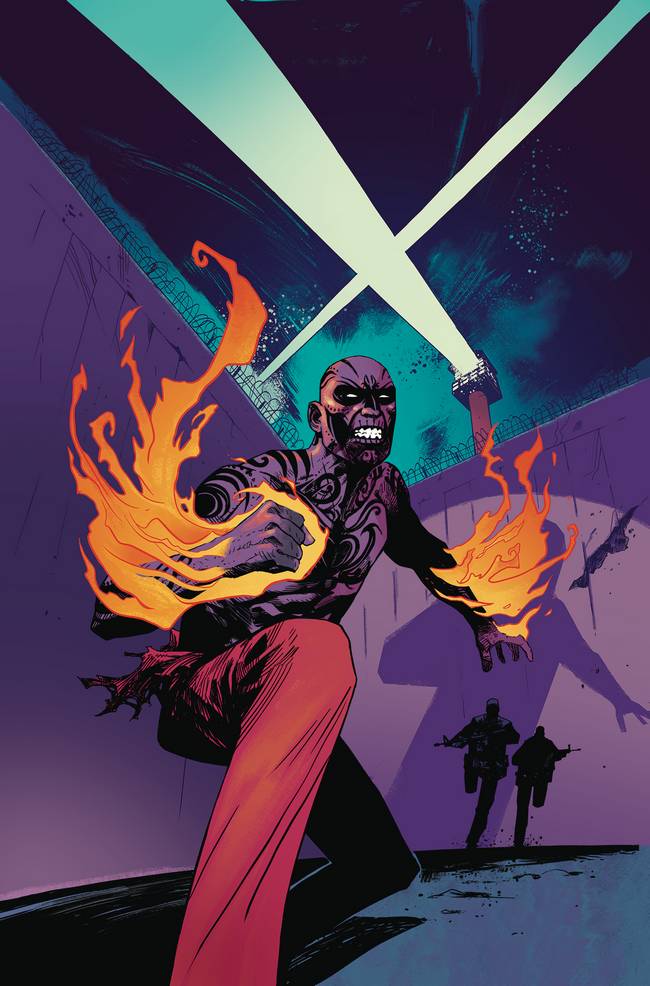 El Diablo and Boomerang find themselves out of the Suicide Squad in their own unique stories, but can they fare better on their own?

Nitz writes Chato as a man with a conscience, and the framing of this metahuman’s character is by far the highlight of Home Again, especially with his ties to religion and his need for rehabilitation on his own terms. While his reasoning behind joining Checkmate feels a bit weak, his overall arc creates an interesting character study of a man with sparse options.

Richards’ art style shines the most during the fight scenes of the issue, especially the fight between Chato and Bloodletter. Though Bloodletter’s design feels a bit Darth Maul meets a twi’lek, the idea behind his character’s abilities is intriguing and most of the art looks fantastic, especially with Hi-Fi’s coloring work. Reed’s choice to emphasize Chato’s dialogue with black and red for his lettering is a great move too.

Moreci does well in establishing how much Boomerang contrasts with Chato. His universal dislikeability within the comic creates some great humor along with a few cringe worthy scenes, but overall, sets up an intriguing revenge story with Breaker, a young woman Boomerang meets in the issue.

Bazaldua’s penciling and Hanna’s inking is at its peak during the festival scenes. The masked parade marchers in the background are my favorite designs in the issue. This, paired with Sotelo’s keen eye for dramatic, club-like colors during those scenes, creates a fun atmosphere around the cranky and mildly racist Boomerang, who feels out of place in a purposeful way. The lettering by A Larger World is great, even going so far as to give each character a font coinciding with their personalities for their action sounds.

While packaged as one issue, El Diablo’s Home Again and Boomerang’s What Goes Around Comes Around Part 1 seemingly have nothing to do with each other….yet. Both parts of this issue are set up for a six part story that will eventually collide with one another. Though I wish there was a bit more than set up, I am still interested in seeing how this goes.