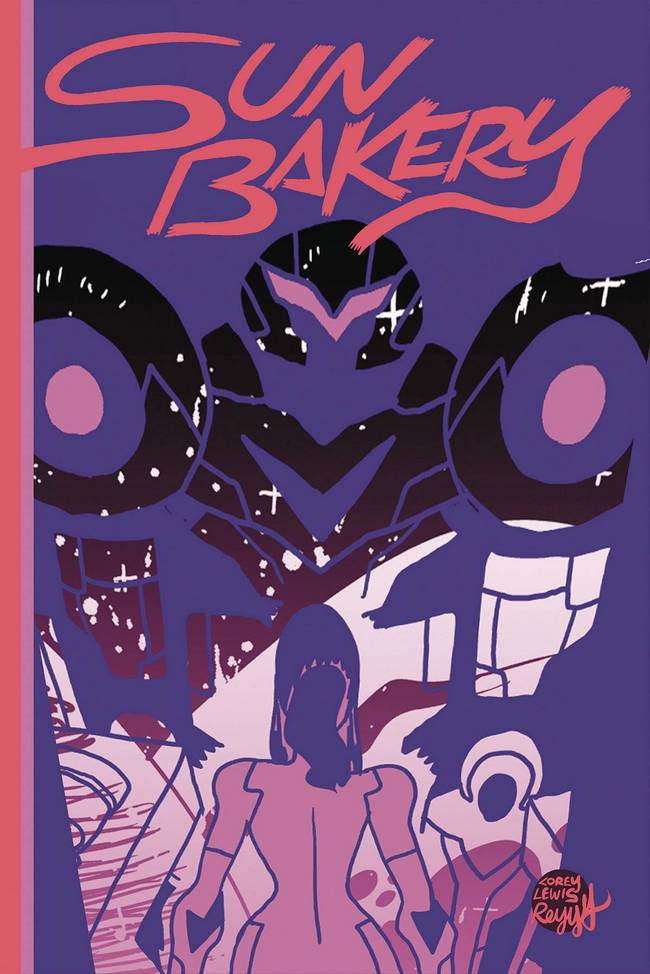 Breathe in, breathe out. You feel that? That’s the perfect zen you get from breathing in pure indie comics goodness. Corey Lewis, the ever-imaginative, high-energy writer/artist is back this month with another installment from his manga-inspired comic anthology, Sun Bakery. From cover to cover, this anthology is jam-packed with stories teeming with life, every page exploding with action and snappy dialogue. Do you like mech-girls running around alien lands? Boom. There’s something for you. Or how about a skateboarding bat-boy coming across some trouble? He’s got that too. All that, and so, so much more.

Sun Bakery #2 continues the three stories that started in the first issue and added a new ongoing story to be continued later. The first story follows Arem, a thrill-seeking action-star constantly on the lookout for the most-likeable photo she can snap. She does her best to capture crazy alien creatures to post to social media, always after the next best thing. Next, we are treated to two installments of my favorite story from issue #1, called “Dream Skills”. This story follows blade duelers looking to uphold their honor and status in a world where the blade rules. “Bat Rider” continues in this issue, following a skateboarder with a paranormal twist, who just might soon meet his match in the world. Finally, this issue adds a new story to the line-up, called “Bloodshed”, which is a Bloodstrike/Deadpool-esque comic with full-on 90s inspiration.

To say that each story is beautiful and energetic would be an understatement. Everything about Lewis’ style is entertaining, from his larger-than-life plots and out-of-this-world characters to his kinetic art. For a book that’s 40+ pages, it’s easy to reread the issue several times in quick succession because of just how much fun it is. There’s a wide array of characters, the personalities are exciting, sarcastic, and adventurous, creating the perfect blend of imaginative situations for the characters to play in. Each world is well-conceived, with enough dialogue-based recap to get you back where you need to be from issue one. The dialogue itself is pretty funny, providing a few laugh-out-loud moments at the characters’ ridiculousness. The plots of the stories are entertaining, but also thought-provoking. In fact, “Dream Skills” concerns a world where guns lose their power, and blades become the weapon of choice. Exploring the ramifications of a world like this looks deep into our culture, something that is always satisfying to see in comics.

As for the art, if you’re not familiar with Corey Lewis’ unique art style…go. Quickly familiarize yourself. Lewis brings some of the best inspiration from manga-style art and incorporates it into a dynamic western-format for a glorious final product. Lewis has a great eye for color, neon pages bleeding into quick and clean line-work. His use of screen tones adds a perfect texture to his lines and color. His hand-lettering is unique and easy to read, but feels written with care. Overall, each aspect of the art perfectly depicts the insane worlds Lewis has conceived of, and every character is attractively designed.

Sun Bakery #2 provides a great follow-up to an explosive first issue of my one of my favorite new comic anthologies. Each story feels cared for and well-thought out, yet spontaneous and lively in a manner that keeps you guessing as to what crazy thing will happen next. Don’t let this one pass you up, it’s a package you can’t ignore.