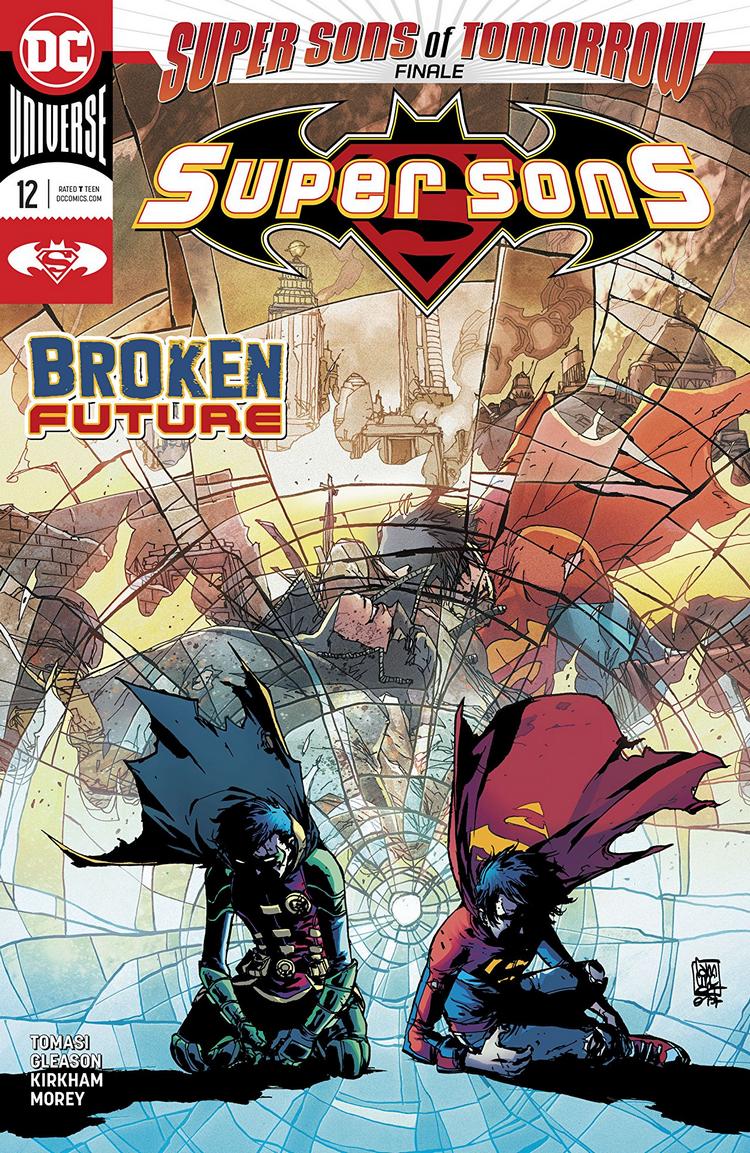 As the Tim Drake of tomorrow stops a future he believes is fated, his actions shake the present Jon and Damian live. How is knowing this possible timeline going to impact the two? Find out in this latest issue of Super Sons!

If there’s anything that’s in here, there’s a surprising amount of heart. When everyone points a finger to Jon for being dangerous in an implied way or even Damian for possibly causing the future where Jon destroys Metropolis, neither Jon nor Damian give up on each other. Despite Damian being a young man of logic who would in most cases err on the wary side and Jon being a child who can barely grasp the larger picture, the both of them stick together and protest, rightfully so, that the two of them having a stronger relationship is by far the better option than distancing themselves from one another, and there’s something very powerful about that.

I am surprised by the flip of opinions amongst the Titans versus Damian on whether or not Superboy should be part of the Teen Titans. It makes me wonder if their previous interaction with Superboy can be taken merely at face value, their niceness to the young boy more about annoying Damian rather than liking Superboy, which that in and of itself is a bit dark. It does show that when the chips are down, Damian does care for Jon and wants him to feel that he’s not a monster, and I don’t think that’s because it would be advantageous for everyone. I wonder if it’s because he himself is constantly viewed as suspicious by the people around him and he doesn’t want Superboy to be placed in a similar position.

The art is wonderful. I love the movement in the clothes and hair, especially when characters are outside. There’s something really beautiful about the wind blowing snow clouds in the icy tundra right off of the Fortress of Solitude, Superboy staring affectionately at the heroes of tomorrow, a Flash behind him, possibly a Wonder Girl near him, standing serenely, her hair wafting in the wind as she explains, “That’s exactly why we can’t stay, Robin. Whatever’s coming your way is something you’ll need to figure out yourself”. There’s something about that that’s just very gripping.

Definitely read Super Sons. It’s always great, the arcs are fun, and watching the relationship between Jon and Damian grow is simply fantastic. Don’t start on issue #12, but do read it.