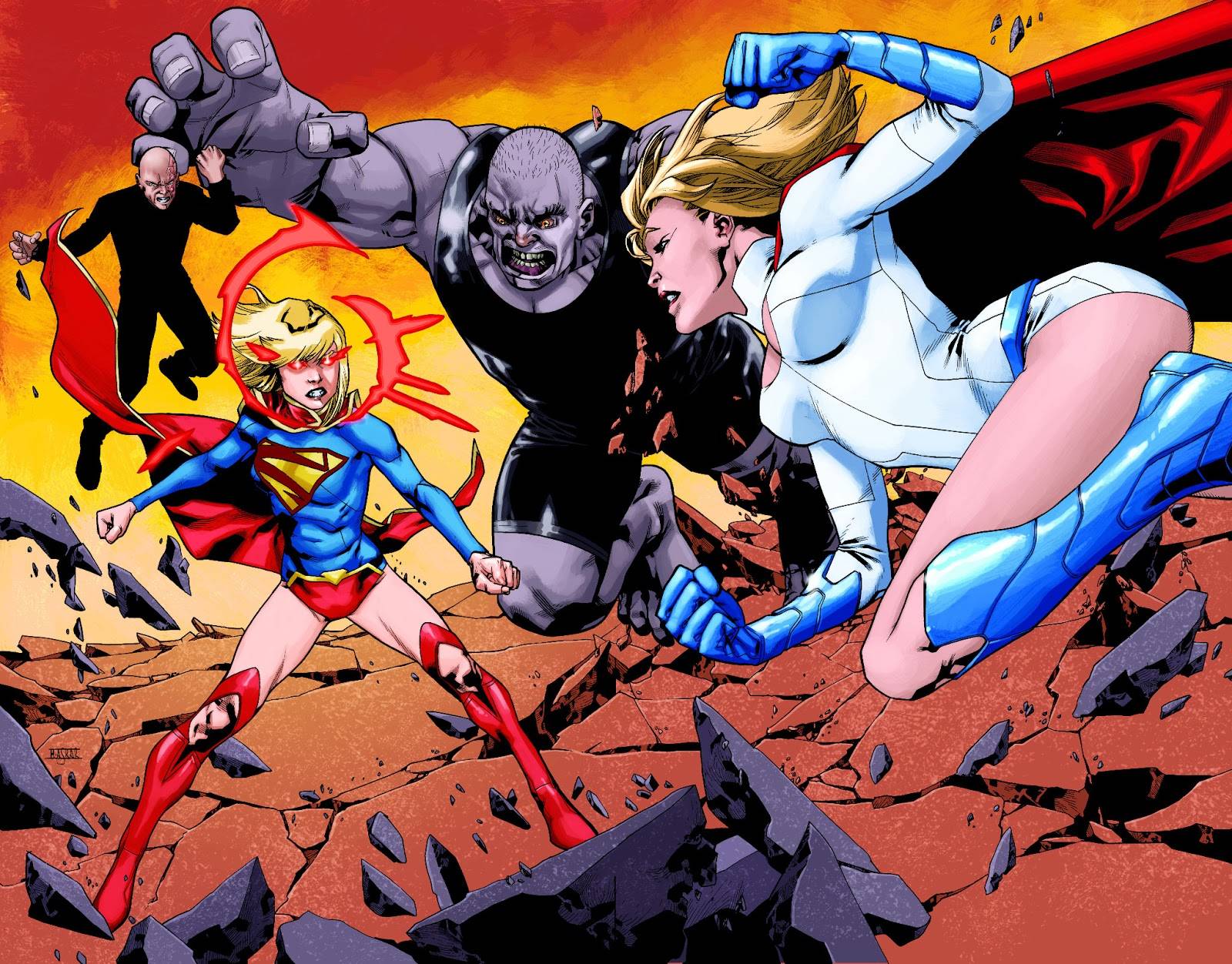 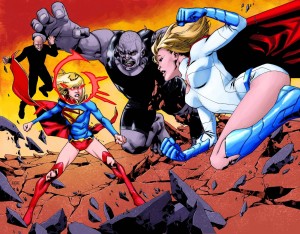 While the rest of the comic book world focuses on this being the issue where Power Girl gets her boob window back (I’m relieved too!), they might be missing out on the great storyline laid out in Supergirl #19. On a side note, Power Girl’s costume change is not a spoiler. Solicits for the costume’s return have been around for months, and if you do not regularly read Supergirl, you might have waited around for it to happen in World’s Finest only to be surprised that she has it already with a little “Editor’s Note” box pointing you back to this issue.

In this issue, Supergirl is still dealing with fallout from “H’El on Earth.” While that was not the most powerful crossover for Superman, it’s affects on Supergirl look to be much more long term. To understand where the book now stands, all you need to know is that she is suffering from serious kryptonite blood poisoning, and Earth 2 Kara is mysteriously feeling the effects. While there are loose reasons initially set up for confrontation between the two girls, in the end it’s their amazing teamwork and ability to instantly see what the other has had to endure that makes this story so touching.

Mike Johnson has set up what looks to be a high adventure team-up that I almost wish would be permanent. Sure, Supergirl has been set up to be a lone wolf in her series, and Power Girl has Huntress waiting for her back in her “home title” World’s Finest. However, the pair’s ability to think in unison makes them very dangerous and efficient.

Mahmud Asrar’s art is distinct as always. His style has been giving this book more of an independent feel compared to other superhero titles. Plus, he is able to give each of the Karas unique details true to their character while showing they’re the same girl from a different dimension.

Luthor’s involvement at this stage is somewhat odd, but with more issues in this arc going forward, hopefully things on that front will become more clear, as well as where this fits on the New 52 timeline.

The cliffhanger, while you know will probably be resolved quickly next time, still leaves you with an immediate urgency to see just how they will make their escape next month!