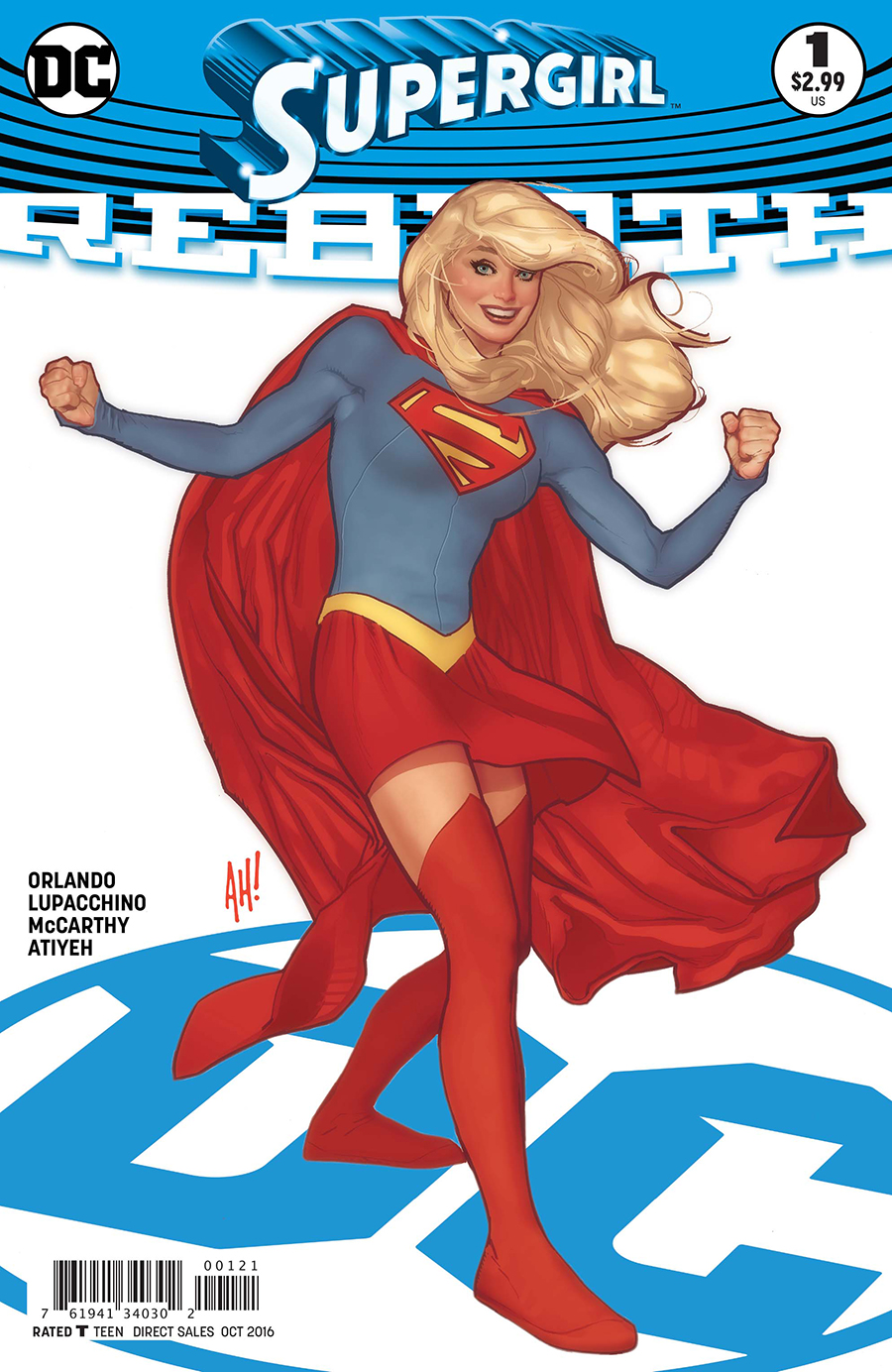 Supergirl has only been on Earth a few months, but it’s already been a disaster. And now, the only living relative she knows of has gone, and her powers are all but gone. Enter: the Department of Extra-Normal Operations, Kara’s last hope for recovery… and maybe the key to her future on her adopted planet.

These Rebirth specials DC Comics has commissioned — in particular the ones made for their characters who, shall we say, need a bit of help — are a tough challenge. And Supergirl… well, she needs more help spinning out of the New 52 than most. The trouble is, almost every one of these specials have the same, seemingly contradictory objectives:

Wow, right? From a narrative standpoint, this is a bit of a pickle. And for Supergirl: Rebirth, it feels that way. Fortunately, writer Steve Orlando is able to wade through some of the necessary doldrums of this patchwork to deliver some beautiful moments — and a whole lot of potential — alongside creative partner Emanuela Lupacchino.

Lupacchino isn’t the ongoing artist for the series launching in just three weeks, which also makes the special a bit difficult to parse in terms of the bigger picture. But as the artist is one of two rotating on Supergirl’s spiritual sister title, Superwoman, the match feels pretty right from the start. And if it doesn’t in the first few pages, it certainly will by the time you reach the double page spread of Kara, in her new, beautifully simple costume, bursting out of the sun fully powered once again.

[A note on the costume for those not in the know yet: it has neither a bare midriff, a bright red vaginal patch, nor in any moment of Lupacchino’s rendering does her skirt rise up to expose her panties. This is an ENORMOUS improvement on pretty much every Supergirl costume of the last thirty years.]

But Lupacchino does capture the sort of perfect, beautiful best friend quality that classic Silver and Bronze Age Supergirl always inspired. The only thing she’s not quite convincing me of is that Kara is a teenager. College, maybe? But nonetheless, the rendering of Kara both in action and in conversation with her new DEO colleagues is exceptional, inspiring, and does give us a good sense of Supergirl’s speed and even a little bit of her physical limits.

What it’s missing, by comparison to some of the look I anticipate seeing from Brian Ching, is a style that makes the character stand out from being just another Super-book. It’s something I don’t really catch here, but I’m hoping to see post-special: How can National City (and its denizens) be different from Superman’s Metropolis like Batgirl’s Burnside is to Batman’s Gotham City.

Orlando begins to summon some distinctive voice moments for Kara, particularly in her use of emotional logic with the Kryptonian werewolf bearing down on her new allies. That’s something that’s been radically missing in so many aspects of Supergirl’s stories since her death in 1986. Sterling Gates captured it in places, as Orlando does here, both in his original run pre-New 52 and his recent stint on the television-inspired mini-series. But it’s simply this:

Supergirl is smart. And compassionate. And her belief system, like her cousin’s, comes from hope.

Which is why, despite all that’s crammed into the pages of this twenty-page special, I see an enormous amount of wise decision-making in terms of set-up for Supergirl. The introduction of a new family just as her original one rears its mechanical head. The contrast of Cameron Chase, someone who is motivated by pragmatism far more than Supergirl’s brand of optimism, as a foil to Kara. The vision of a new city. A new school. A new life. All things Supergirl has desperately needed.

Because Kara, deep down, is one of the most human of all super-heroines, as well as he most self-confident — and Orlando shows in a slim number of pages that he gets that.

As difficult as the format for this issue was, Orlando and Lupacchino delivered a sound starting point for getting to know Supergirl all over again. I cannot wait to have issue #1 in my hands, if for no other reason that I can begin to see the seeds that are planted here break the surface and start to reach for the sun. I have a feeling we’re going to be seeing this book flower like we haven’t in ages.