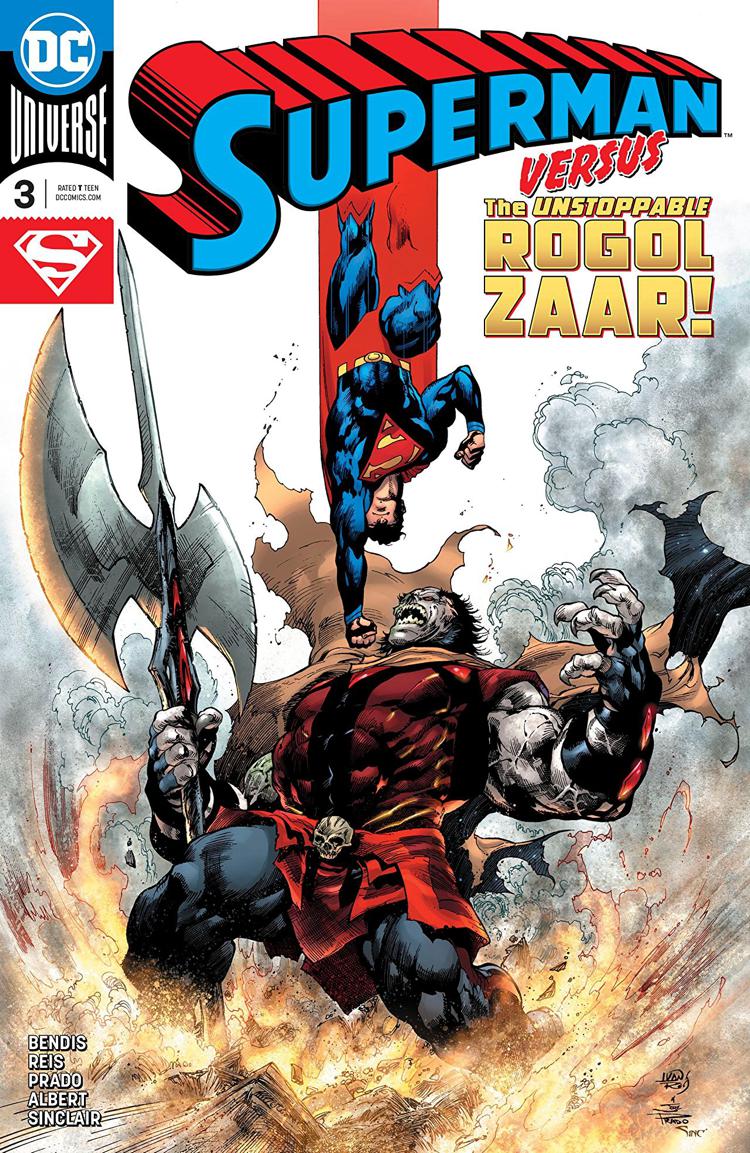 Earth’s in the Phantom Zone.

In the name of good comics, quite a lot…and that’s what makes this fun. Bendis is making his mark on the Super books in a fun way with this title, giving Clark an immense threat to face and one that only he can stop. The Phantom Zone is a nasty ass place, made worse by the presence of Rogol Zaar, and Earth is just chilling there with a giant target on it. One of my “problems” with Superman has always been that there are few problems that are big enough to legitimately challenge someone of his power level, but the Phantom Zone, fully exposed…well that’s full of unique nasties.

Bendis paces this issue well, giving readers an explanation of how this situation came to pass with the funny appearance of an unexpected guest star. No, it isn’t Harley Quinn, but it is a character Bendis utilizes well while she’s in the mix and, considering the dire circumstances, I thought the humour did a great job of bringing balance to this issue. Her appearance also gives Alex Sinclair an opportunity to electrify the colour palette, which was nice.

This “middle of the arc” issue moves at a brisk pace, driving the story forward nicely and setting up an epic brawl of a conclusion. I liked how Bendis dealt with some logistics like the Justice League and dialing this down to be a Superman problem, not a Justice League comic hiding under a Superman banner. This mess is uniquely his, and it did not feel contrived. Rogol Zaar is growing as a credible threat, giving Superman more than just Zod and Doomsday as powerhouse archenemies.

Ivan Reis is, well, Ivan Reis. His work here is exactly what you’d expect from a comic featuring his name, and his Superman is every bit the powerhouse Boy Scout in blue that Super fans are looking for. He pencils the Phantom Zone well, and the setting gives Alex Sinclair a lot of room to make the colours shine. The unsettled nature of the location is conveyed well, angles are odd and you know “regular” physics aren’t in play here. Rogol Zaar is fierce and hulking enough to be taken seriously and I look forward to Reis and the team getting to cut loose when Supes and Zaar really throw down.

Superman #3 continues what has been a refreshing start to this run. I like Bendis’ take on Supes and Reis, Prado, Albert, Sinclair and Reed deliver strong visuals that are quintessentially “Superman”. The total package is an enjoyable chapter in what has been a solid arc so far.