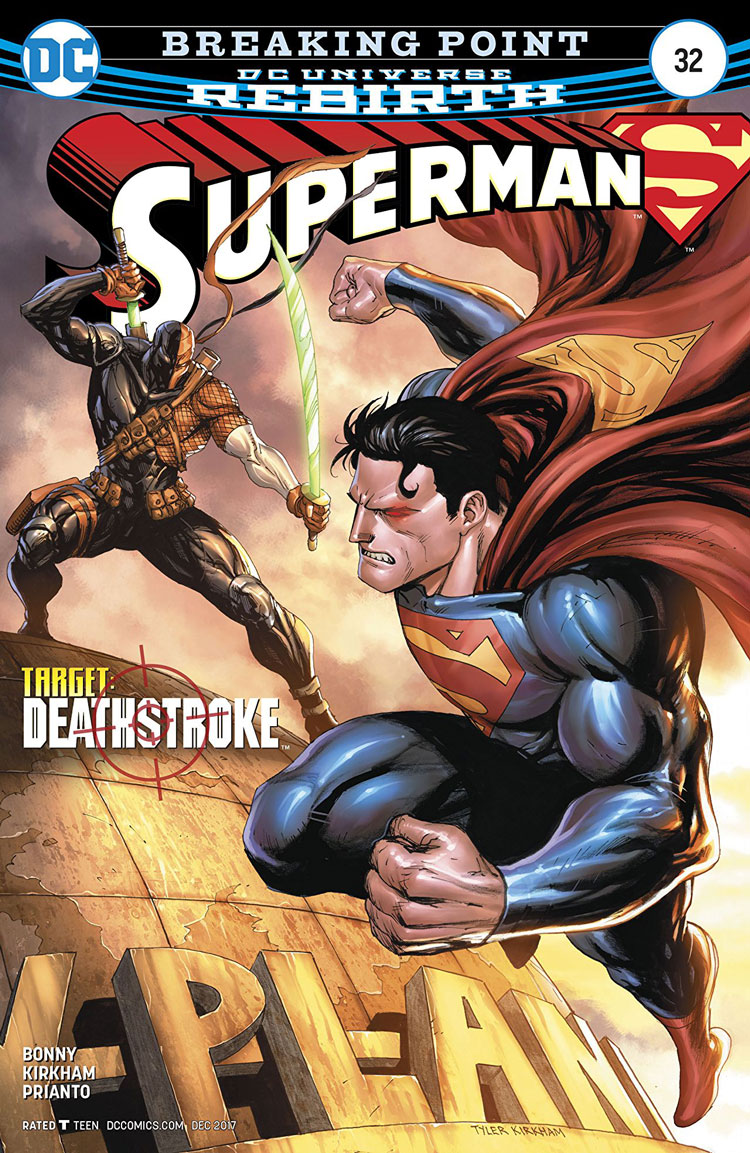 The second half of a two-part fill-in has Superman facing off with Deathstroke, with Lois Lane caught in the middle.

After a strong first chapter that had Lois telling Clark to back off while she worked on an interview with the notorious killer, this issue has Lois as the damsel in distress with Deathstroke using her as a pawn against Superman.

There are elements of a good story here, but they are hampered by some poor choices and clunky storytelling. Deathstroke may be able to out-think Superman on a good day, but it’s not demonstrated in this issue. Instead Superman seems a step behind because he’s just not that good at what he does.

As well as some unfortunate dialogue, there are sizeable flaws in the overall flow of a fairly straight-forward narrative. At one point, Deathstroke literally makes Lois appear out of thin air, presumably hidden just off panel in a place Superman can’t detect with any of his myriad of powers.

Kirkham is a capable artist, but needs some work on the 180 rule as he jumps all over with his framing from panel to panel. His Superman looks a bit off-model at times as well, closer to the young New 52 version than the current incarnation.

Prianto’s colors make the characters pop against often empty backgrounds. The coloring adds a lot to the story but using fire, smoke, and other elements to fill up some of the white space with much-needed sense of place.

Sharpe’s lettering choices keep a good story flow for the eye while not distracting from the art. He has a few dialogue-heavy scenes and is able to get the verbiage across while not feeling too cluttered.

All in all, a disappointed second chapter to what had begun as a good spotlight on Lois the reporter.

While the primary teams on the Superman books have been so very strong, the fill-ins are increasingly better treated as fly-over issues (pun intended).