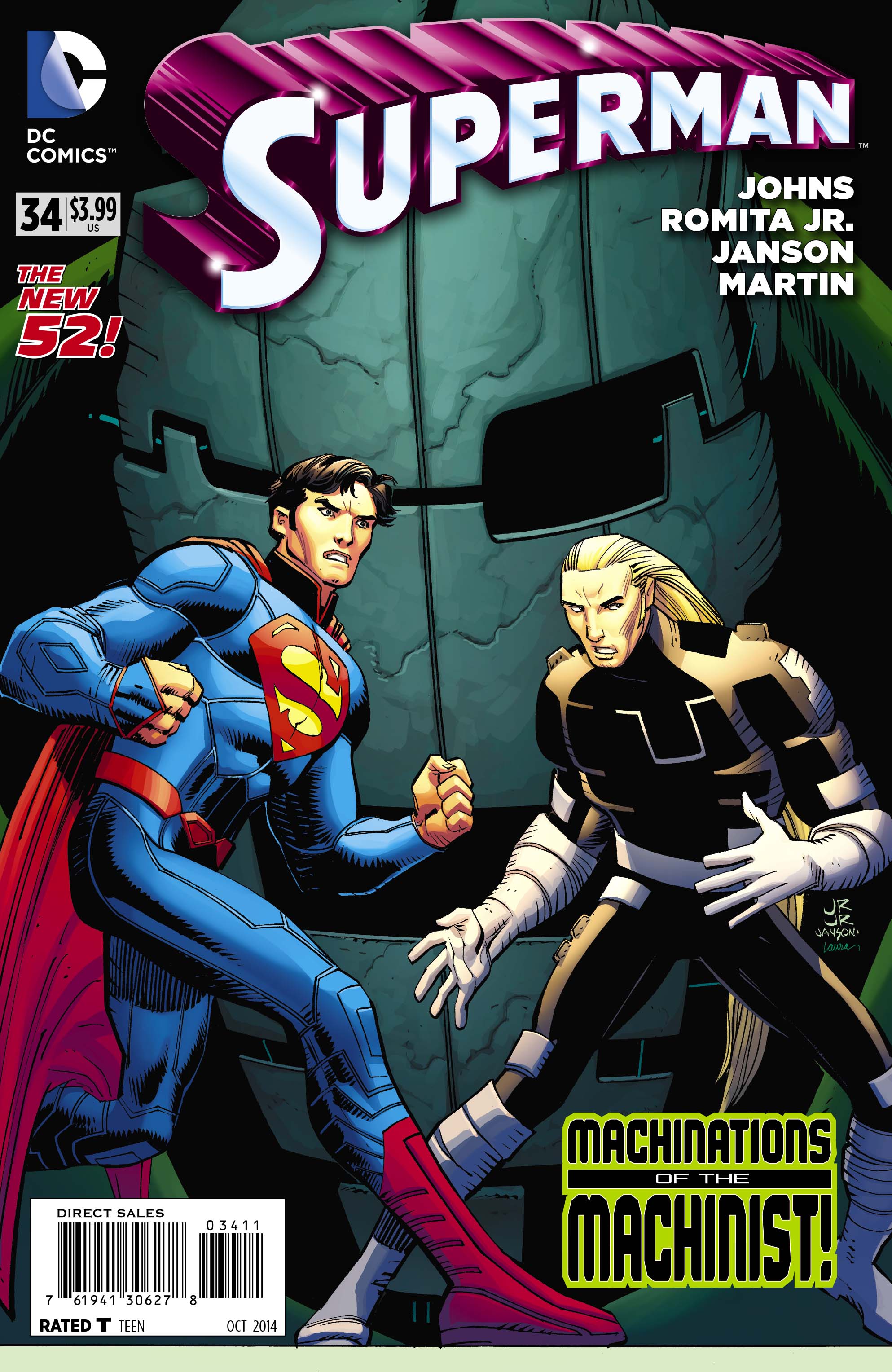 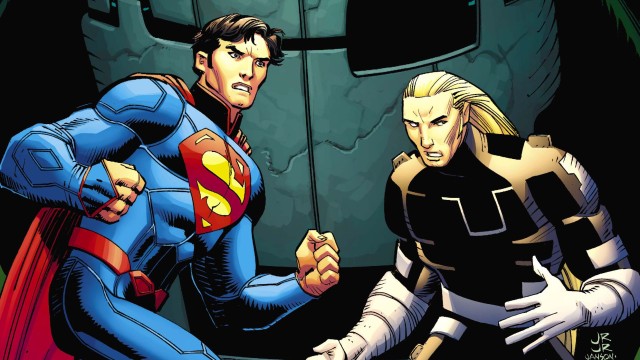 Ulysses, the other super man of Metropolis, is finally reunited with his birth parents, but the joy may be short-lived. The threat of the Machinist has arisen, and if the villain has his way, he’ll destroy everything the Man of Steel and his new brother-in-arms holds most dear.

Out of the box, it’s only fair to say that Geoff Johns completely gets Superman in a way few of his predecessors on this particular title had. Johns’ Man of Steel is compassionate, thoughtful, somewhat wistful, but — no matter what the circumstance — always a beacon of hope. He can throw a punch, but he doesn’t necessarily like to. It’s a tough thing to write without losing a sense of the action of an ongoing story.

The easiest thing in the world would be to pit Superman against a doppelganger who is everything he isn’t: callous, eager to battle, dumbed down. And that’s why the writer’s development of Ulysses is so surprising, because he embodies almost the same heart that Superman exhibits, just without quite as much deep understanding of the human condition.

It’s an odd parallel to see an actual human superman with less humanity than the alien original, and not for lack of desire. Their differences are subtle, but profound, and that makes the ensuing dialogue and character development shown in this issue so masterful.

The art by John Romita Jr. and Klaus Janson doesn’t really live up to this this degree of subtlety, as the issue feels somewhat rushed and haphazard in its pencils and inks. Close-ups of faces are strong, as the artist is able to convey a powerful sense of emotion in the rare panels where a gaze or a downward look is the central focus. But in any instance where the action is pulled back, every figure seems to disintegrate into rough caricature.

It’s a jarring juxtaposition to have such a carefully crafted narrative rendered out with such a loose and flat style of penciling. I want to see these characters as fully three-dimensional in all aspects of their construction, but the art just isn’t letting it happen for me. And it’s a shame, because the final scene reveal in this issue feels to me like it’s held back from how truly sad and horrific it could be, as a result.

A beautifully crafted story that really gets the essence of Superman in personality and dialogue, but loses its way in the final rendering, Superman #34 gives us some moments that could easily be defining for the Man of Tomorrow. It’s a hard decision for me whether I’ll be back next month to see what comes of Ulysses and Clark’s friendship. I want to. I really do. But more than ever before, I really see how important story AND art are to a story’s success, and the latter is really holding me back. My hope is that it doesn’t for you.