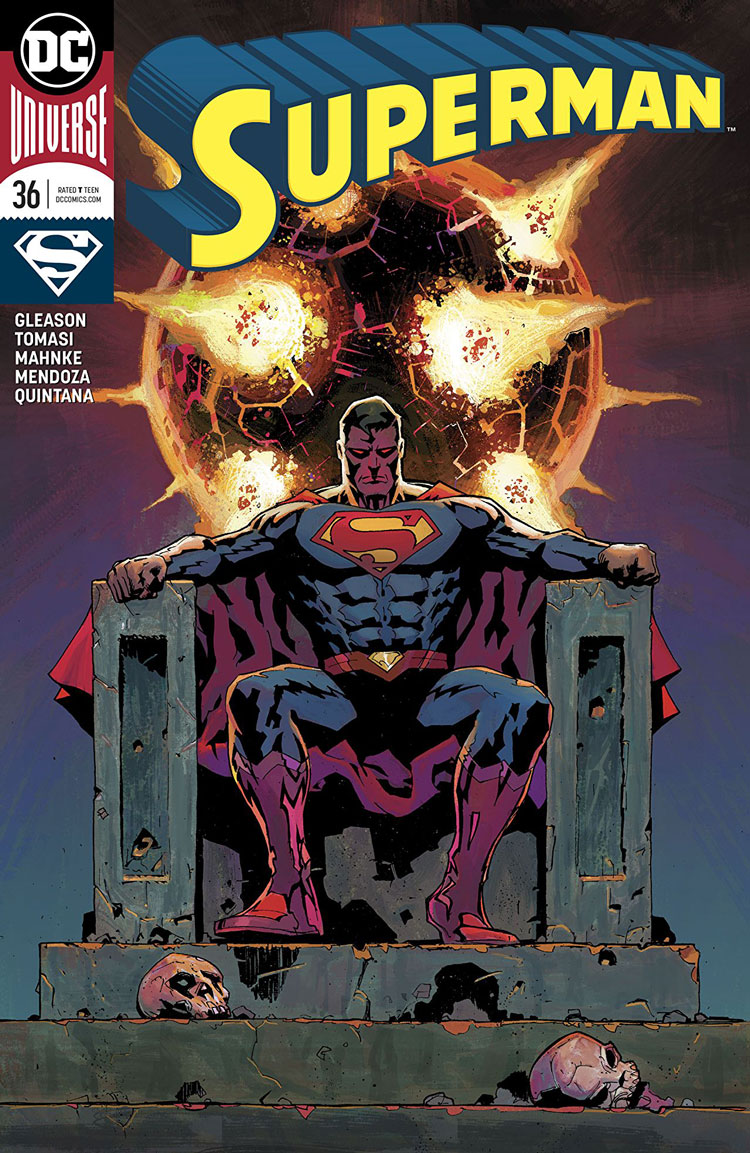 It is a period of civil war.

In the wake of the death of Darkseid, the various forces of Apokolips battle for control of the planet, each trying to put their own leader on the throne.

This issue wraps up a four-issue arc finally addressing a teaser image in Justice League #50 more than a year-and-a-half ago: Lex Luthor ruling Apokolips. In this arc, we see Lex try to escape his fate, while risking the lives of Superman and his family.

Each of the Superman family gets their time to shine in this issue, with Jon riding to war on the back of an Apokoliptian dog and Lois fighting with her temporary companions. Lex’s story since Justice League #50 also gets an important turning point in this issue.

The highlight of this arc, for me, was seeing Lois Lane shine. At first, it looked like the set up of a damsel-in-distress story of Lois, having her dropped into the world of Hunger Dogs and firepits. Instead, we see her take up arms with the Furies and fight for her family. This hits a crescendo during this issue when a Fury questions Lois’ relationship with Clark. There’s fodder for an interesting feminist discussion in that scene, hopefully someone better qualified than me will dig into it.

The art brings this issue alive, with great layout and clear storytelling through what is mostly the fog of war. Bold panels filled with motion and dynamic poses. The Kirby influence is palpable, particularly as Kalibak goes toe-to-toe with Granny Goodness.

Quintana’s colors bring a grittiness to the art that captures the darkness and ruthlessness of the battle and puts an edge on the whole story. The choice seems to have this look more like a war comic than a four-color tribute, which I think was the right direction.

The only stumble to the issue is the final wrap up, which feels a bit like checking off a to-do list item related to a new status quo in the greater DCU rather than an organic end to the storyline.