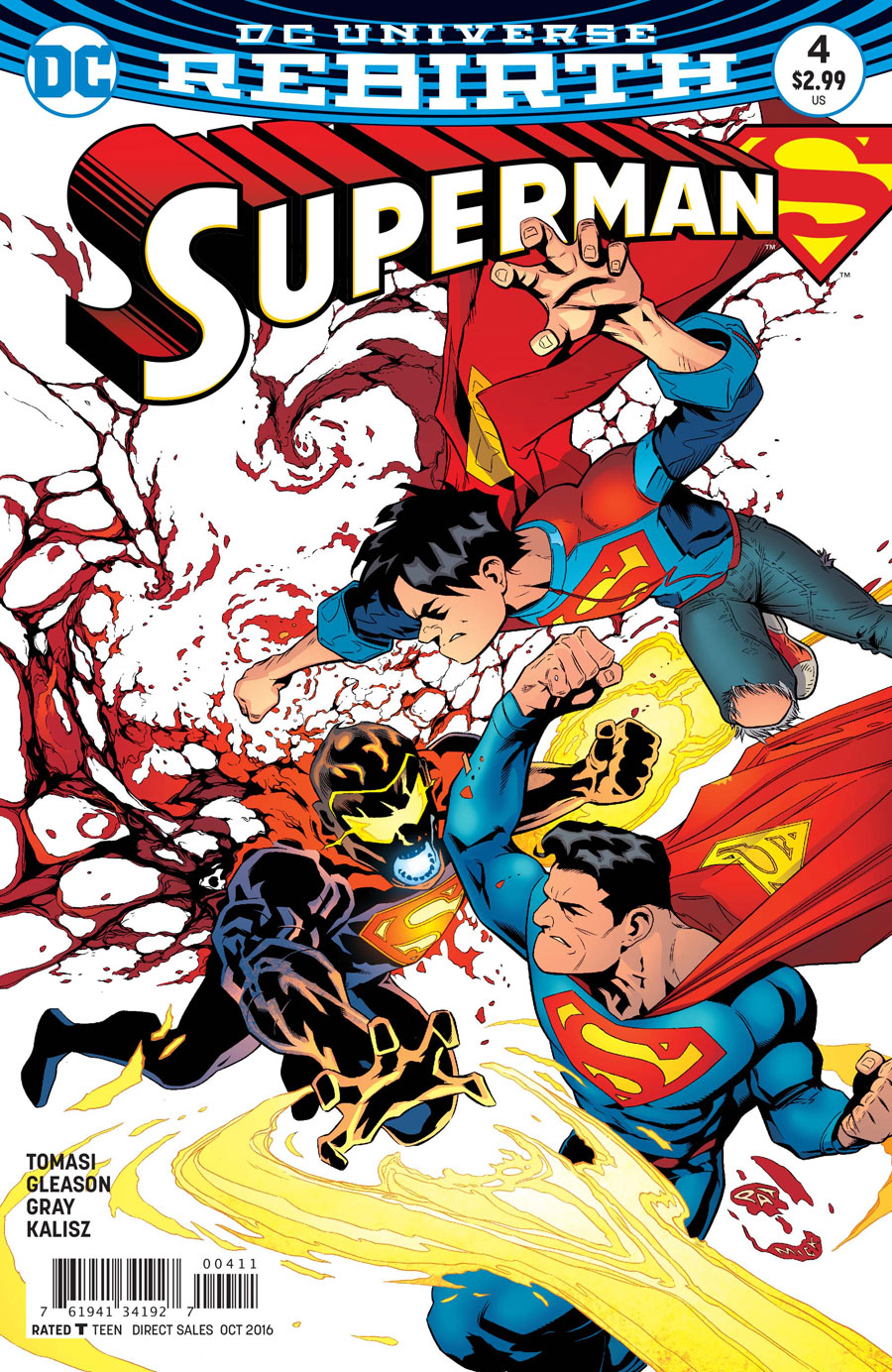 Fly me to the moon.

The Kent family is in a desperate fight against the Eradicator, who is determined to bring back Krypton. As they get blasted from the Fortress of Solitude to another city, Clark finds that the Kryptonian automaton holds within him the very essence of Krypton. The Kents get some unexpected help, but the story is not over as Clark travels with his family to a new destination.

This issue was good, but it is also my least favorite of the arc so far. I feel that there has been a strong build-up, especially with Jon being the emotional focus and center, that seems to fall short in this part of the story. The developments seem a bit out of left field, and there are a few scenes that feel disparate from the characterization of the characters so far. Jon and Lois shine as integral pieces of the plot, but it’s Clark who feels the most separate from the story.

Peter J. Tomasi and Patrick Gleason have definitely crafted an exciting story, though I wonder if they traded explosion and surprise for more deliberate storytelling. I like the interactions between the characters, especially how Lois and Jon came to the fore. The random transportation and inclusion of secondary characters, as well as plot issues with the Eradicator, turn this story from one that was very well put together in the previous issues into one that I’m not completely sure how it will develop.

Patrick Gleason, Mick Gray, and John Kalisz excel in giving a visual representation to the bombastic events of Superman #4. The story is full of bright and nearly palpable energy in the fight with the Eradicator. The shift back to Gleason on pencils gives me mixed feelings, as the work is great during emotional or sentimental moments, but not the best delivery for the amount and level of action in this issue.

I do feel that Gleason did at least capture the sheer absurdity that is Eradicator in form and design through the issue. Gray’s inks create a sense of distinction between the characters and the events unfolding around them, which I feel is helpful for disambiguating them from the chaos taking place during much of the story.

Kalisz on colors stands out due to the rather restricted but powerful range of colors. This issue makes use of a muted pallet when the scene shifts to the city, and one emboldened by expert use of primary colors, for the rest of the story. Using this color scheme intensifies every moment of action and I feel increases the quality of this installment.

The turns in this issue were unexpected, though not completely bad. I didn’t foresee the first arc using these developments, which took me away from what I initially found worthwhile and engaging about the series. I still want to see how the story progresses, but I also want to see a return to the dramatic and evocative storytelling surrounding Jon that was present in the previous issues. Superman #4 feels weird and more disparate in the context of the rest of the story, which has me wondering where it and the characters will go from here.