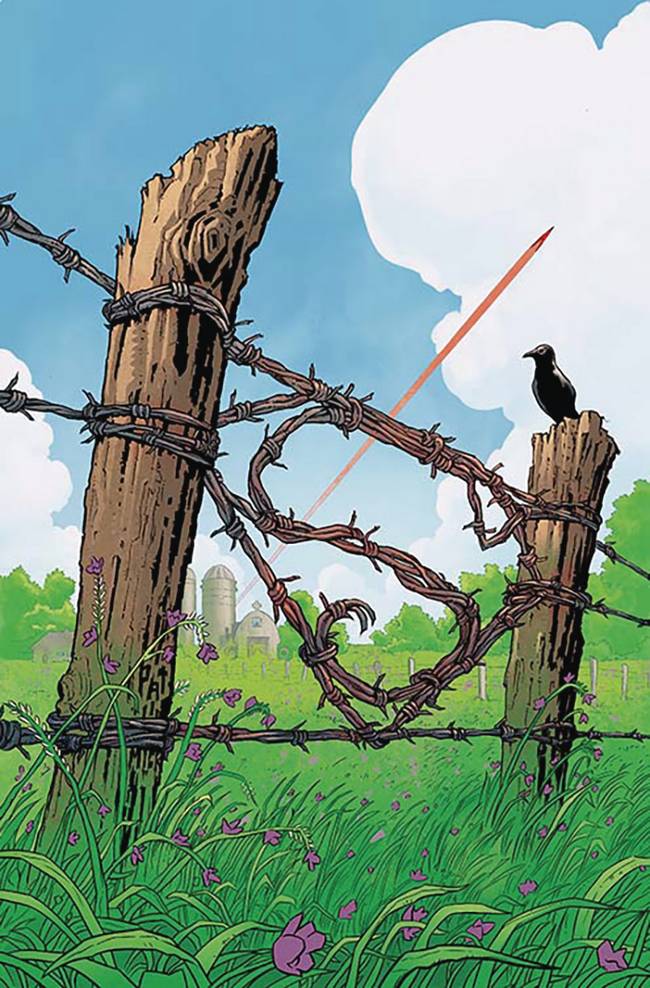 … and THIS is a way to wrap up a good Superman story.

If you can believe it, one of the best parts of a new Superman title now officially involves prize winning cows, science displays and a simple night out. The Kent family decides, having previously been in a fight on the moon and beyond, to to spent the evening out at the Hamilton County Fair. Yes, this plot is as mundane as it is both adorable and wonderful.

It should be evident now that family is the name of the game for Tomasi and Gleason. Every issue of the Superman Rebirth title has pushed home the importance of the Kents relationship with one another as a familial unit, but this issue has the best example so far of what their lives are like when they are not in mortal danger. Instead, we get Clark and Jon and Lois being the family we know they are but have rarely seen while at rest.

This by no means however implies that Superman does not get to be Super. Some great opening panel moments include what Clarks day typically entails: watch over the Earth, help the League, trade lines with Batman, etc…

Tomasi and Gleason also utilize this issue to develop Jon as a kid, a kid who also happens to have amazing power. He gets excited about going out to eat, playing games and eating junk. We get to see Kathy and her grandfather and the fact that Jon is a relatable kid whose folks want him to socialize and have friends. Jimenez’s art shows all the variable expressions Jon can work up here, complete with dynamic action poses. While the rage here in this issue is to express joy on Jon’s part, as opposed to showing Clark’s strength in action panels, Jimenez proves that this is a book his talents are well suited for. From the linework to the colors, everything about the atmosphere and mood of the comic summons feelings of authenticity and warmth.

While there is a plot focusing on a group of robbers, the funny thing is that this leads into one of the funnier partsvof the book. Tomasi utilizes old-school Clark mannerisms to showcase how Clark stops crime without putting on the cape. This also helps deliver the final page’s best moment.

I am hard pressed to recall a book, any book, within the last year that so wonderfully pulled at the heartstrings like this one. From the facial expressions of Jon having to talk school while at the fair, to Lois’ face at hearing how Clark snuck in crimefighting, to … everything. Everything about this comic is as true to the essence of Superman as possible.

Try not to smile at the last page. I dare you.