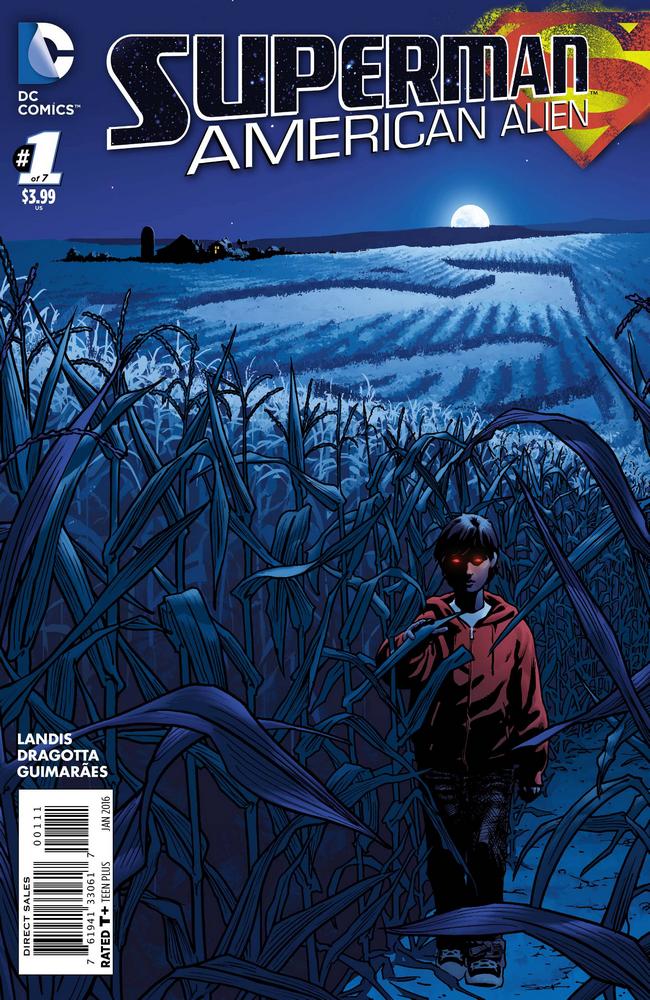 Remember what it was like to be eight and to learn how to ride a bike? Or see your first movie? Or fly on your own? Oh. Wait. Clark Kent definitely had a more interesting childhood than most. These are those stories.

This isn’t a Superman story. Just want to get that out of the way up front. This isn’t about an alien trying to adapt to Earth or a stranger in a strange land. This is the story of a little boy named Clark Kent. And no matter what powers he has or wisdom he eventually can bestow, he’s still… just a boy.

Max Landis could be telling this story about any little kid, honestly. Swap out some other puberty-related embarrassment for learning to fly, and you have a fairly similar story. Which is both a blessing and a curse. It underscores exactly what Landis is going for, at least at this juncture: Clark Kent is a little boy like all other little boys, flying through the air or no. His parents worry the way any parent would. They lecture. They scold, sometimes even too harshly. In reality, this story could easily be said to be more about Jon and Martha than Clark.

So, in this sense, Landis has shattered the idealized sense of Clark’s childhood and inserted a strong dose of reality. Parents doing the best they can. Nervousness around other kids. Unhappiness. But it also cuts through the specialness of what happens later on — later on in the issue and in Clark’s life — and doesn’t quite pull at the heartstrings enough in any one direction. It’s a good structure for a story, but not any stronger a story than about any other kid. And this is Superman.

Or will be anyway.

What does tickle me in a strangely satisfying way is that Landis’ Superman is growing up in the same era I did. Crystal clear early 80s references like E.T. The Extraterrestrial, Pete Ross’s Lost Boys-inspired clothes, and even the box-iness of the cars at the drive-in all take me back to where I was at eight, nine, or ten. Which is a little weird given the author is ten years younger than me. But it’s sweet and grounding nonetheless.

Nick Dragotta’s pencil and inkwork throughout the issue definitely captures that feeling of early adolescence, with a little bit of manga-influence making everyone, even the adults, feels a bit more caricaturized. It fits for the era of the story in Clark’s life, but it does inhibit me from getting the raw emotion out of any character besides Clark himself. There, however, and particularly in the scenes subsequent to his first successful flight, Dragotta is capturing that perfect quirkiness of kids’ excitement that you just have to laugh at and play along with. That wide-eyed look could feel a little overplayed, but here it captures that enthusiasm of youth with exactly the right amount of comic relief.

A fun short story that, ironically, brings Clark Kent down to earth, Superman: American Alien #1 is a well-meaning one-shot that feels like it’s on the verge of greatness. But it’s not quite there yet. What does scratch at the surface, however, is the final two-page spread of the issue — a story all its own by Landis and artist Matthew Clark — detailing in artifacts some very interesting facts about Jonathan and Martha Kent. I would recommend this comic if only for those two pages. It’s a wild pastiche that opens up worlds of stories to be told. And that’s pretty damn exciting for a mythology with over 75 years of legend already.