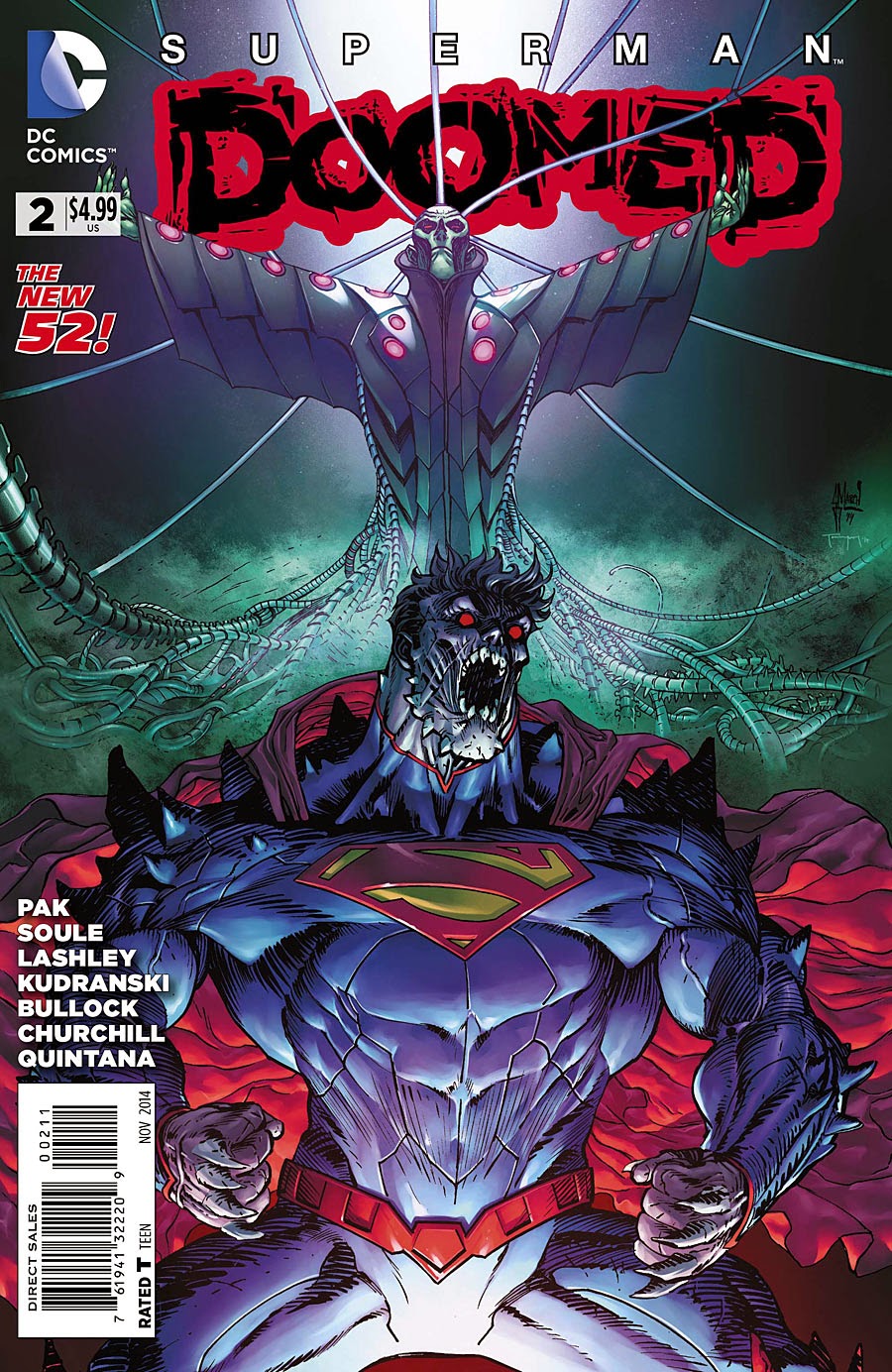 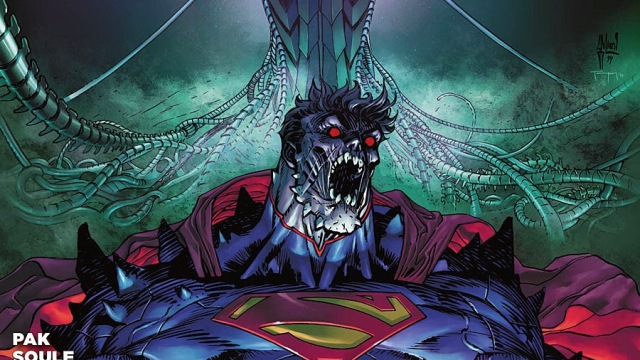 The Earth’s battle against Brainiac — and Superman’s internal struggle with Doomsday — finally comes to an end, but at what cost? And to what end? As Lois Lane, Wonder Woman, Lana Lang, Steel, Supergirl, Batman, and Martian Manhunter rally behind the Man of Steel, a far more ominous threat is on the horizon. And it may end up being Superman’s fault after all.

I’m not going to pretend that I’ve been at the edge of my seat with every chapter of Superman: Doomed. Simply put, this is an event that probably should have been about two months shorter. There seemed to be months that simply repeated previous beats, and the internal struggle Kal was facing didn’t hit me as strongly as I imagine it was meant to.

That said, this final chapter delivers in a way that, while maybe doesn’t justify the long wait, certainly leaves a better taste in your mouth for the experience. Soule and Pak seamlessly scribe a narrative that is both big on action and thought-provoking about the nature of solving the problem of world-dominating alien invaders. In one particular scene, Lois asks Superman how he can reward Brainiac by allowing him to live. The response is brilliant, and so right for Superman. So right.

A lot of this final act is devoted to an internal struggle between Superman and Brainiac, which is illuminating as to the villain’s motives, but leaves a bit of confusion as to what’s real and what’s not, and where that transition happens — so much so that when the time comes for Superman to take action at the conclusion, I can’t quite understand how we got from A to B.

Some of that could be attributed to the multiple artists — upwards of ten pencillers, inkers, and colorists — as communication from one to another in transitions couldn’t help but suffer. But what this group of talented creators do well is maintain a brilliant consistency of look to the point that I can’t quite tell whose work is whose. And it’s all of the highest quality.

Brainiac is stunningly creepy in his classic Coluan form, and both Supergirl and Wonder Woman appear absolutely regal in battle form throughout. Moving from inside Superman’s mind to outside is fairly straightforward, as the mindscape is rendered dramatically dark and terrible. Clark always glows, however, and Brainiac… he almost seems to absorb the light. It’s a nice effect.

Dave Bullock’s scene of Superman and Batman is distinctive, however, giving readers a real Golden Age feel to the two men’s friendship. It’s nostalgic without resorting to any golly-gee romanticism, and it makes me wonder if Darwyn Cooke could have a little competition coming up.

By far, the biggest treat is the final page, which both provides some stunning representations, and an enormous treat for longtime DC fans. There are suppositions coming out of this issue that lead directly into Futures End and are echoed by this week’s Booster Gold: Futures End #1, and it’s pretty clear some very big happenings start right here. Where Superman goes from here? Well, that’s going to be interesting. Thankfully, our regularly scheduled Action Comics is back just next week.