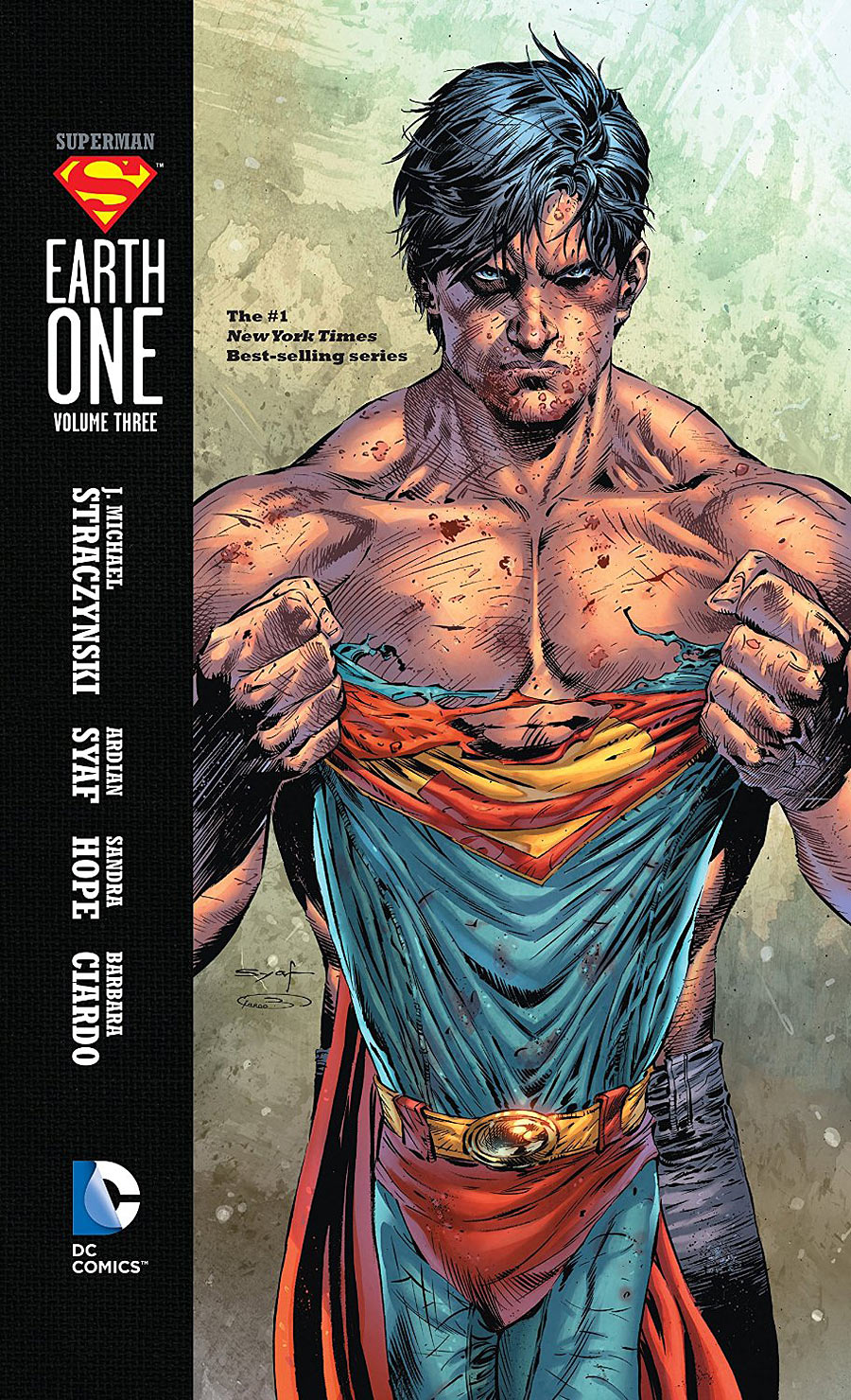 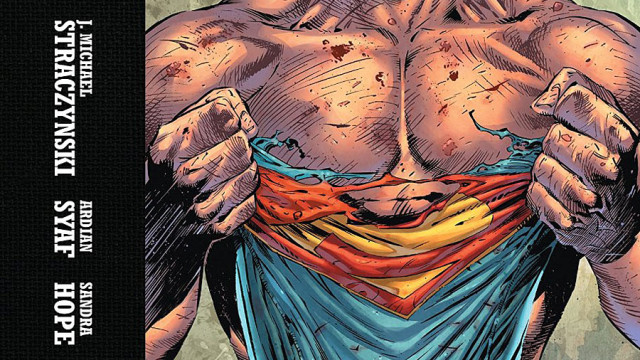 I won’t pretend that I was a huge fan of either preceding chapter of this alternate universe take on Superman’s early days as a super-hero. The villains were a little underwhelming. Clark’s personality, while emotionally fresh, was less than developed by comparison to an adult Man of Steel we’re used to seeing. And the women… oh, no, they were not portrayed well. At all.

But with Superman: Earth One volume 3, it’s as if a veil has been lifted, and everything that you love about Superman is waiting, fresh and unburdened from 77 years of wear and tear.

On one hand, it’s a curious move for Straczynski to take such a close parallel story construction to the film “Man of Steel,” a controversial alternate rendition of a young Superman in itself. Centering around the arrival of Zod to Earth, volume 3 picks up with where the previous edition left off — with Superman being questioned for his involvement in foreign affairs and made out to be a danger to the Establishment. It’s only with Zod’s participation in this dynamic, however, that all parties can begin to understand the reality of their situation — human and Kryptonian alike.

I’m expecting the classier fan to refer to this volume as “Man of Steel” done right, but it’s hard to deny that Straczynski is making some really smart choices with the manner in which he brings Superman from reckless novice to maturity in the perspective on his role in the world. Earth One’s Superman isn’t nearly as super-wise as previous incarnations have been about involving himself in world affairs and, frankly, just knowing how to talk with people to initiate awe rather than fear or suspicion.

But that roughness to his personality here is poignant, and it gives this character so often described as “too perfect” an edge without resorting to ultra-violence, snark, or darkness. It’s natural all-too-human frustration and confusion that weaves its way into Superman’s persona, and it makes for a much more relatable hero without losing anything that makes him “super.” 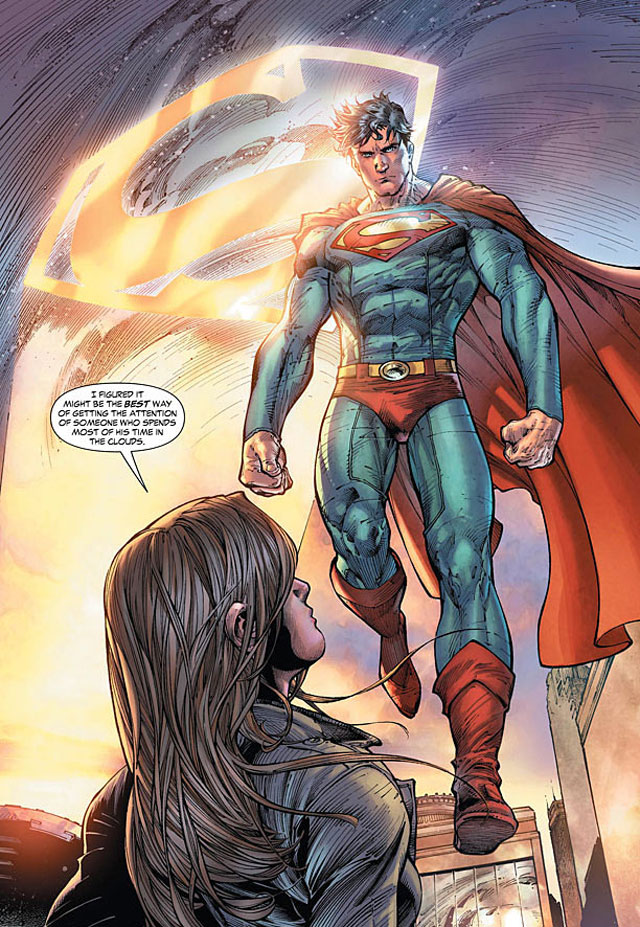 And unlike the previous volume, this third chapter in the ongoing saga puts the women of Superman’s world front-and-center with a much more respectful and fulfilling sense of their independence, intelligence, and relationships with the Man of Steel and Clark Kent both. With no less than 5 prominent women filling out this volume (Lisa LaSalle, Lois Lane, Martha Kent, Alexandra Luthor, and Major Sandra Lee), each one gets a significant moment to deliver in the story and serve a purpose even beyond that of propping up the leading gentleman.

Lisa LaSalle especially feels like a real person, a far cry from whatever strange caricature she seemed in Volume 2, and she’s given a much stronger role as Clark’s confidante by the end of the tale. And in parallel fashion, we see much the same evolution for Lois Lane with Superman. Neither woman’s role feels underwhelming, and certainly isn’t a rebuild of any Silver Age love triangle or Lois-Lana catfight. They both feel like they exist in the world independent of their red and blue trousered man-friend, and it makes them both far more likeable and interesting in the process.

Ardian Syaf’s pencils hold their own exceptionally well in the departure of original series artist Shane Davis, balancing the grit and humility of Superman’s activities in much the same way we’ve seen to date. His Clark is handsome with a sprinkle of naiveté, with Superman ferocious in battle against Zod. Action scenes are deeply charismatic, as one would hope for a fight between two god-like creatures, with no loss of detail in backgrounds or characters from one panel edge to another. In short, this is a true graphic novel, with little surprise given to the extended timeline between volumes in retrospect. Time is literally etched on the page.

And Syaf infuses a great deal of realism and humanity into Lisa’s character that wasn’t quite there in the previous volume, making her far more of an endearing love interest than hot-to-trot vixen. His scenes of Krypton are not quite what we’re used to seeing, but lean toward a happy medium between the coldness of the John Byrne era and the camp of the high Silver Age. Overall, if there is a criticism to be leveled, it’s that I’m not sure I get the connection between the volume cover and its contents, especially when there are so many impressive full page splashes peppering these 80 pages.

By far the best of the three volumes to date in the Superman: Earth One series — finally bringing the Man of Steel up to par with the two other subjects in the novel line — volume 3 gives us everything to love about Superman from top to bottom: a charismatic hero who is strong without being perfect; a set of relationships, complex and compelling, that fill out who the man under the suit is, and more; and an engaging adventure that has real world resonance without losing itself in the darkness. Bravo, gentlemen. You’ve brought Superman home to Earth One.