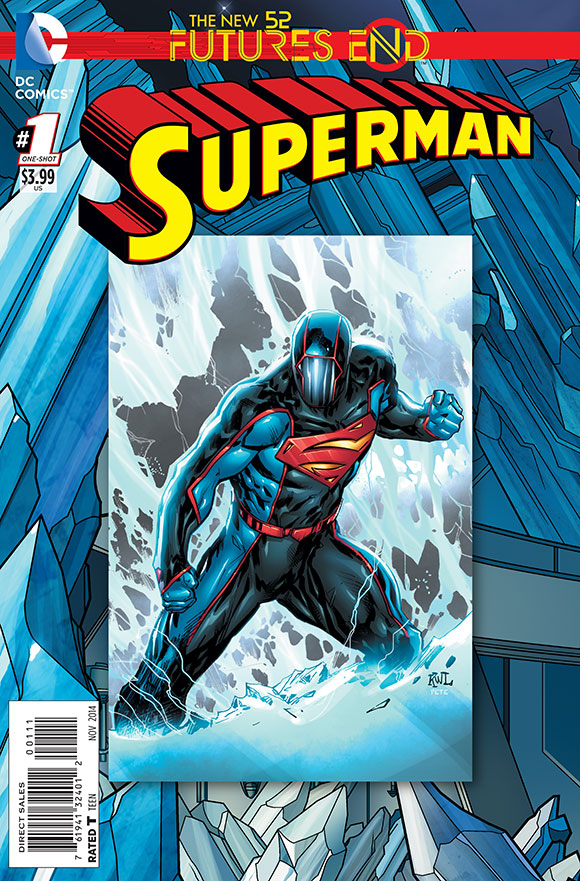 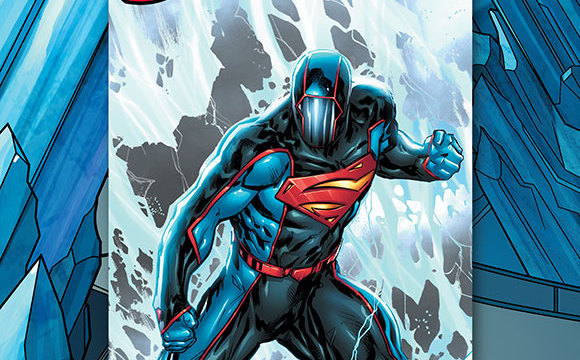 The mystery of the Futures End Superman is revealed! The man behind the mask is none other than Billy Batson and in this issue Dan Jurgens gives readers all kinds of insight as to some of the events that led to this world we have read in Futures End.

Dan Jurgens is obviously no stranger to Superman, but it was interesting reading him write this new iteration of Superman – an established hero attempting to live up to the mantle after some intense times during the Apokolips War. 5 years later Billy Batson still has the same attitude and voice he has had in the New 52 thus far, and his interactions with Lois are great. Jurgens delivers some solid dialogue and storytelling through Batson, giving readers some very relevant details through his discussions with Lois. This one has a direct impact on the events of the weekly book, and enriches that story quite a lot.

As was the case with the Green Arrow issue of Futures End, this issue is written by one of the members of the weekly team and it shows. The tight integration to the weekly helps bring gravity to this tale, and I found Shazam to be more interesting than I have…well, ever. This character finally grabbed me, and I want to know more about Billy Batson five years later. In that respect this issue totally does it’s job, and it does it well.

Lee Weeks delivers some top notch artwork in this one, his style showcasing the flashbacks well. He handles the action, the emotion, the high octane and the low key parts in stride, dropping solid artwork from start to finish. His work elevates Jurgens words well and the two combine to deliver one damn good comic. Weeks captured who Billy Batson is and I appreciated how his mannerisms, even when wearing the “S”, are different than those of Superman. This is a Shazam Superman, and Weeks’ attention to that detail is appreciated.

Jurgens and Weeks give readers a strong look at the Superman of Futures End with this issue, and flesh out some very interesting aspects of the event as a whole. Futures End only gets better the more stories like this are integrated into it, and as we get more information like what is revealed in this issue it feels like this is really building to something big. Jurgens and Weeks have thrown down one of the best issues of the month right here, and if you’re reading the weekly you have to pick this one up.