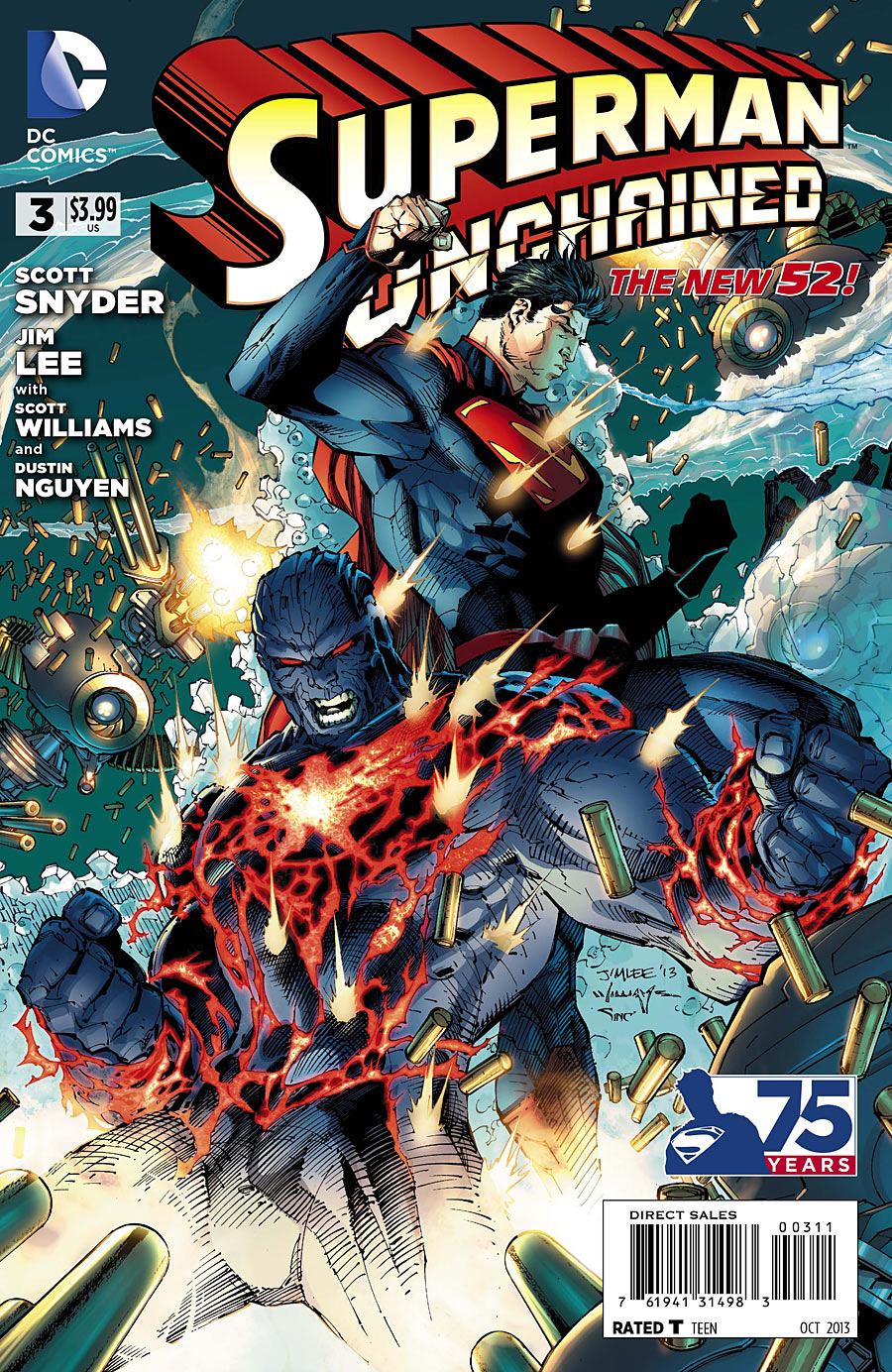 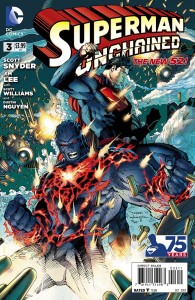 Who is that mysterious bulletproof fellow on the cover? Step inside Superman Unchained and find out…

Unchained #3 goes deep inside General Lane’s secret funhouse and all the goodies and the secret weapon that calls the base home. Snyder writes this very well, integrating some history into the DC Universe in a unique way that was entertaining throughout. The addition of this new player into the DCU and Superman’s world is a very interesting choice and anytime a character with powers in a similar weight class to those of Superman comes on the scene, you know there are going to be far reaching effects in the DCU. Snyder’s dialogue is very strong throughout the issue with Superman and General Lane sparring like old foes who can’t stand each other’s presence but are forced into a brief respite. The tension between the two characters is palpable and Snyder has a great handle on this relationship.

The issue is well written, but not supported by Lee’s strongest art. Jim Lee on a bad day is still quite impressive at times, but there are consistency issues throughout Unchained #3. Toward the end of the issue, it seems as though things may have gotten rushed, as the inking and/or pencils become shakier as the issue winds down. That said,#3 does include a couple of strong splash pages that break up some long stretches of dialogue and give the issue some visual punch. The impressive and stylized art from Dustin Nguyen rounds out this chapter nicely with an interesting backup story that has some huge implications for the world of Superman. It truly teases what a force a Superman book by Snyder and Nguyen might be.

This is a strong issue that features the debut of a character that has some huge potential in the DCU. Snyder’s strong storytelling is on display and Lee’s art is more than competent to tell the tale well, even at less than what we know he is capable of at times.