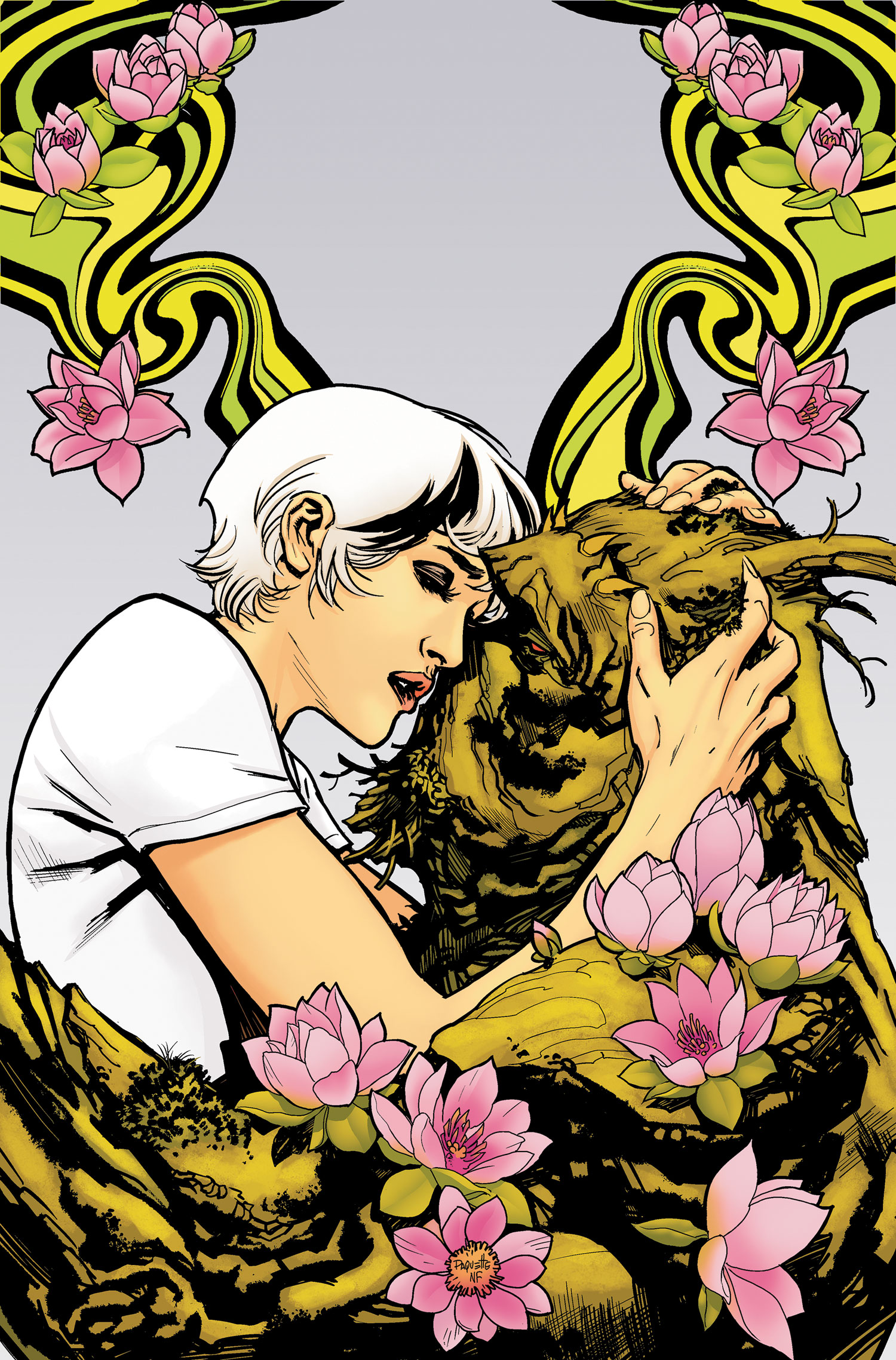 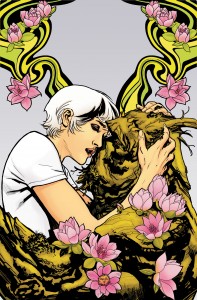 Swamp Thing #18 was solicited as an “epilogue” to Scott Snyder and Jeff Lemire’s shared alternate reality Rotworld event, but anyone who read last month’s “finale” knows that it was nothing of the sort. After spending months (of our time) in a living hell where grotesque versions of familiar heroes and villains act as Anton Arcane’s kingdom of the Rot, Alec Holland and Buddy Baker have finally found their way back to the world and time that they left, but the final battles really take place in Animal Man #18 and this month’s Swamp Thing.

And for all the odd halfheartedness of the apparently never-ending Rotworld — one foot in and one foot out of its own alternate reality, dealing out death on a whim in a future that was always going to be undone, suggesting an unpleasant end for Abby Arcane in nearly every issue, only to show her alive and (mostly) well (nearly) every time — Swamp Thing #18 provides what we’ve been waiting for all this time: Genuine, moving, lasting sacrifice, and a heartbreaking but satisfying finality.

While Snyder’s writing, as always, is strong, Yanick Paquette’s art really does the heavy lifting, and it’s really difficult to not be able to give his work on pages 10, 15, and 21 the credit they deserve since I’d have to spoil nearly the entire issue to do so. Suffice it to say that the Romeo and Juliet story that has been the center of Swamp Thing‘s dramatic world plays out as it must, with all the impact and drama it deserves. Paquette’s art, dispensing with and growing wildly over any semblance of traditional geometric panel lines and sanitized white gutters, has been the perfect embodiment of a world of violence and beauty. Roots stab, branches tear, and vines strangle, but even in the bloodiest moments there can be blossoms and the promise of new life.

Without the reach of a multi-title alternate reality event like House of M or The Age of Apocalypse, there was never the possibility that Rotworld would have lasting repercussions beyond the somewhat insulated worlds of Animal Man and Swamp Thing. It was fun to see how different corners of the DC universe resisted or succumbed to the Rot, and to get a chance to see two wonderful writers let their imagination run wild. But as a reader it was hard to stay invested in a pocket universe slowly stitching itself shut and maintain the connection to a (supposedly) dying present that frequent flashbacks seemed to demand.

For this reviewer at least, an end was welcome. I’m happy to say it was worth it.