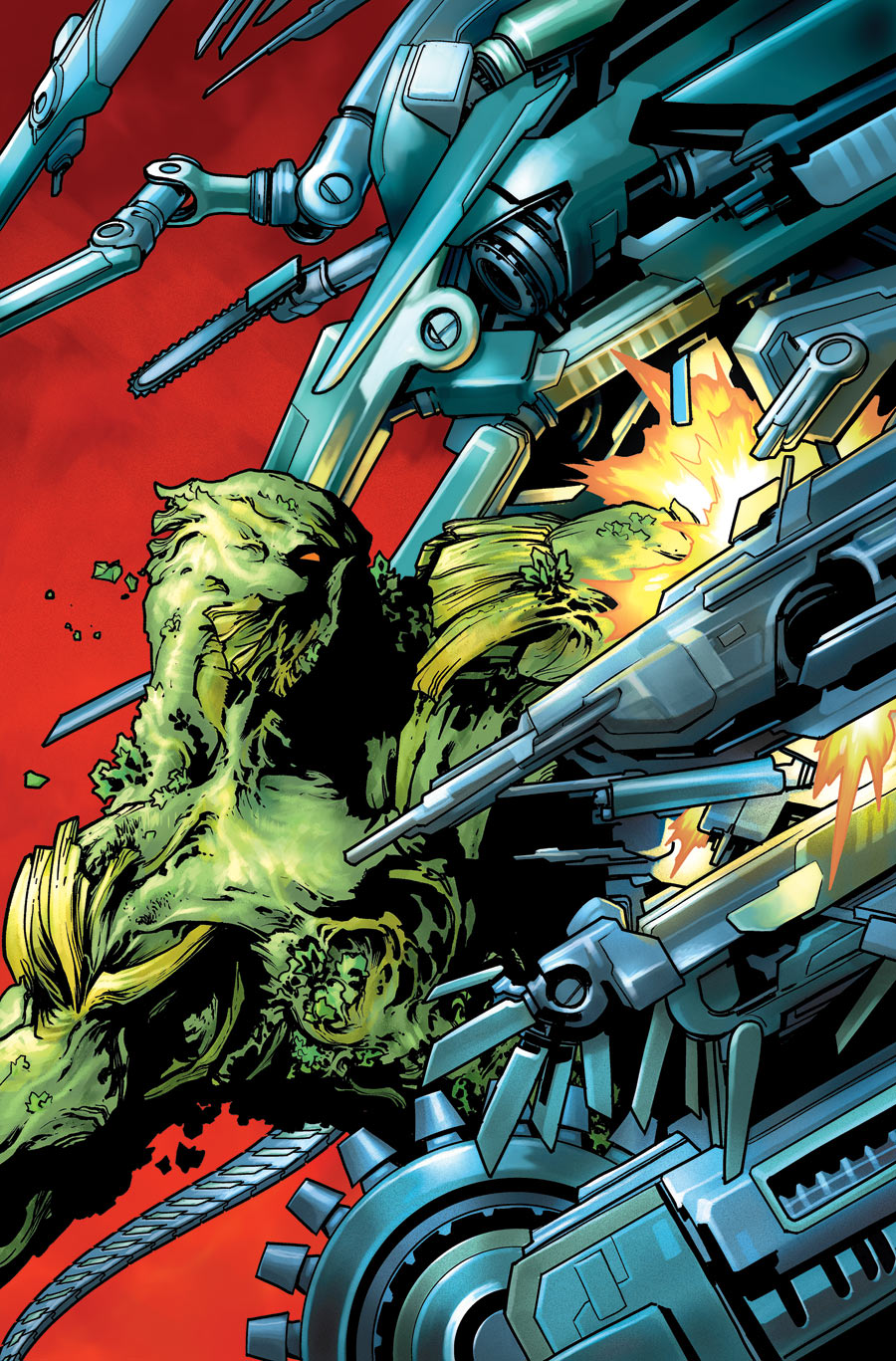 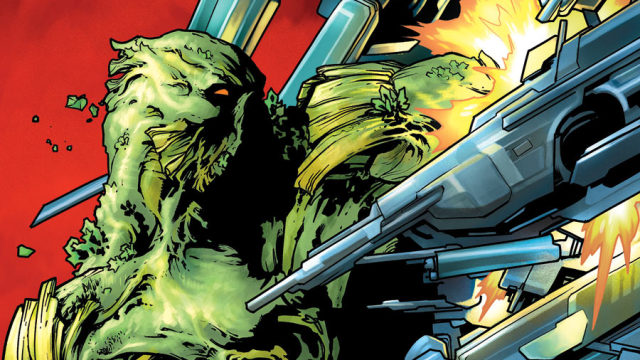 Swamp Thing has been a bright spot of The New 52 at DC. With Charles Soule doing the writing and the consistent rotating art team, Swamp Thing consistently introduces new concepts and interesting ideas while always looking good. Swamp Thing #35 features the introduction of a new enemy. It presents an interesting conflict to come and a great foil for Alec and the Green.

Alec is face to face with a strange being. It is a dapper dude, who seems to be entirely made out of metal, wearing a very nice suit. It keeps referring to itself as a calculus” and it’s apparent that we are dealing with a new kingdom. A very young and dangerous kingdom. A kingdom of machines. Not much happens in the way of action in this issue, most of the “action” coming from heated dialogue. However, I still found Swamp Thing #35 an exciting read, for the lore it presents and the feeling of impending doom it emanates.

What makes Soule’s run on Swamp Thing so special, which is articulated in this issue, is his ability to invent. Never does an issue feel safe. Soule could easily ride out the rest of his run treading water, just relying on scenarios with established characters and concepts. But that has never been what this series is about. New characters, new locations, new ideas. Alec losing his role as avatar of the Green to Seeder. Alec uprooting the Green and weeding out the corruption. Alec having his powers stolen, getting stuck in the body of a human. Now, a kingdom of cold methodical machines and a looming war. These are big concepts that challenge Alec Holland at every turn. That is what Soule’s Swamp Thing is about.

The artist, Jesús Saíz, continues to do good work on Swamp Thing, capturing the big green guy and his world nicely. Saíz has been rotating with Javier Pina on art. Each time the artist changes the transition feels seamless. Their styles compliment each other. Saíz, in this issue, draws an awesome two page spread of dinosaurs from the Green fighting dinosaurs from the Red. It’s a page that is used to illustrate the wars that have been waged between the different kingdoms, and the inevitable death and doom that will come from the new kingdom of machines. It really shows how Saíz and Soule are working in tandem to create something quite cool. One of the best colorist in the game, Matt Hollingsworth, joins the team with this issue as well. He’s picking up where Matthew Wilson left off, and he feels right at home here.

Swamp Thing #35 is another fine start to an arc. I’m excited to see more of the kingdom of machines. This book is as good as anything being published anywhere. Constantly great comics.