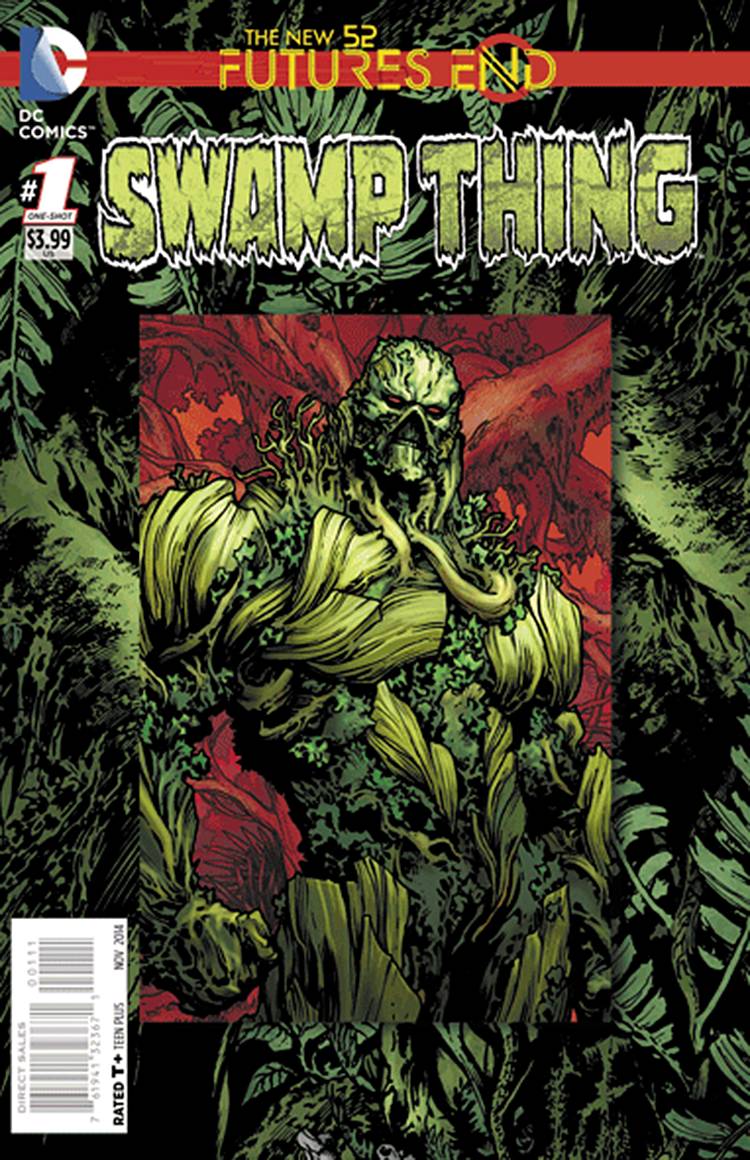 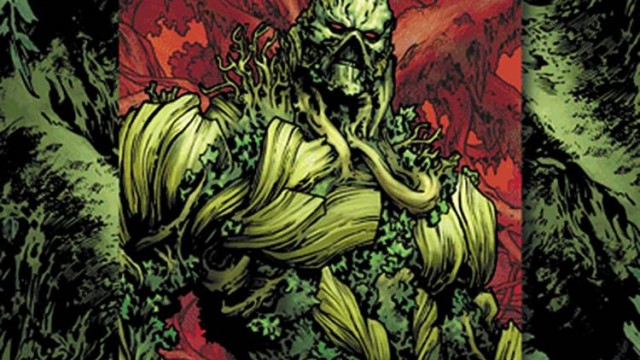 This is a flash forward in Swamp Thing that accomplished little and made me wonder why the creators felt it was a story worth telling.

For those who may not have been paying close attention, Swamp Thing: Future’s End #1 is a jump five years into the future to see how things have played out for Swamp Thing during the Futures End event. It says right on the cover that this is a one-shot issue, but it felt more like a snapshot of a larger story than a standalone comic, where we’re left in the dark with little introduction or conclusion. On the first page it’s explained that Swamp Thing is out to unite the avatars of the Red, Black, Grey, and Metal to battle for… control of the Earth? It’s never really explained, and there is no larger context for what’s happening here other than assuming the DCU is falling apart as a result of the Futures End event.

The bulk of the issue plays out as narrated on the first page: our main man Swamp Thing goes to talk with the various avatars to recruit them for war. In a few of these instances Swamp Thing explains he has leverage over these avatars to get them to join his cause, which yields mixed results. Unfortunately, what Swamp Things holds over these characters is often out of context and not supported by the storytelling. There are no clues as to why this one photo is important, or why the relationship between Swamp Thing and the Bacteria Avatar is so strained. There are a few pieces of dialogue here and there that begin to fill out the story, but due to the short nature of the issue we’re forced to move along to another meeting before there can be any real substantive conversations or world building.

The weakest character of all is the Metal Avatar, who makes an appearance for one whole page to join up with Swamp Thing immediately (the first piece of dialogue on the page is him saying “Agreed.”). It felt like this quick agreement was just to keep their conversation contained to a page, and it would have been great to learn more about this new character and his (its?) role in the upcoming war we still know so little about. It’s also worth noting that in the issue’s solicit the Green are going to war with the Metal guys, but in the story they’re teaming up! I know not to put too much emphasis on the solicit, but it seems like I’m not the only one confused about the direction of this story.

At the end of the issue Swamp Thing confronts Anton Arcane, his arch nemesis and a well established character. For those that have been reading Swamp Thing, this scene will make more sense than any other in the story. This doesn’t stop it from falling flat as the dialogue acts as a recap for why Swamp Thing and Arcane don’t like each other. There is also a bit about Abby Arcane being imprisoned, but we have no clues as to how she got here. As the fighting kicks off, Arcane begins to disintegrate and the issue is over. Just like that.

For all its confusion and rushed pacing, this issue does have one great thing going for it – the art! Jesus Saiz has been the regular artist on the title for a while now, and as always he draws an Avatar of the Green that is hulking and badass looking. I particularly appreciate how the art and coloring successfully set the tone for each new location the Swamp Thing is thrust into, and in nearly every panel there is wonderful detail that really brings these settings to life.

If you’re setting out to read every issue of these Futures End tie-ins, this issue is enjoyable enough but I doubt it will add much to what is happening with the event’s main characters. As a Swamp Thing reader, it seems irrelevant to Charles Soule’s fantastic run and could probably be skipped. As I mentioned before, this issue is a snapshot. I would have loved to see this story as a full arc, but instead it was presented as a hasty and inconclusive one-shot that left me with more questions than answers.