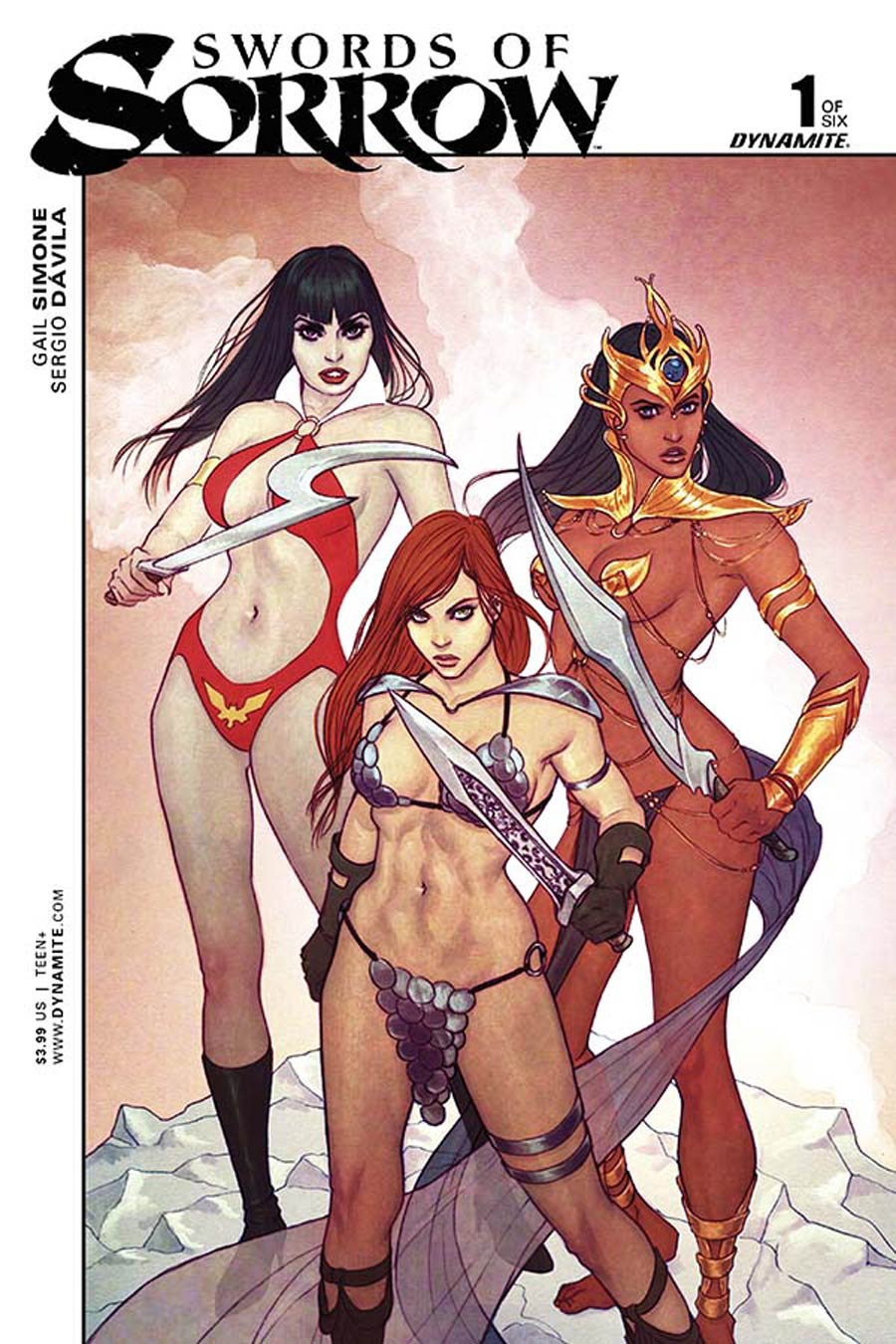 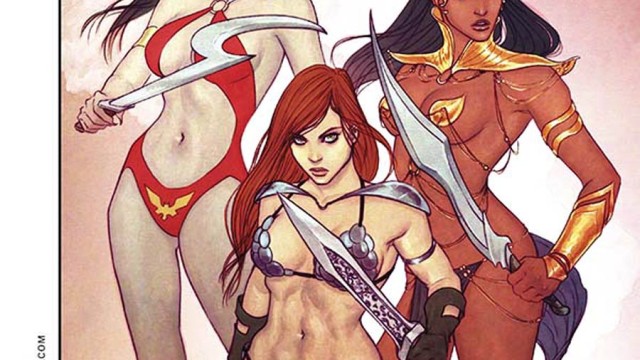 This is going to be wild, folks.

Swords of Sorrow #1 has a lot of ground to cover for those of us uninitiated into the stories of all of these grand pulp heroines (and shame on us, myself included, for not knowing them all), but Simone manages to do so AND keep me on the edge of my seat. Throughout this first chapter, we’re introduced to characters in rapid fire succession (as is necessary to get the story pumping), but I never feel like it’s at the sacrifice of establishing their personalities or finding a little wry humor along the way.

There’s definitely something about this project that forces a smile — multiple books, with the central story written by Simone, all written by women, starring a cast of women larger than in any mainstream comic ever. Expect some poked fun at the doubters and naysayers. We’ve already seen a bit here in #1 and the chuckles they generate are well worth it.

And that’s where a book like this is probably to going to find its best success. The idea of pulling together all of these characters is so outlandish, and somewhat artificial, that it could feel like “just an event” comic. But what Simone does, besides influse her trademark wit and personality to each woman as you meet them, is let it poke a little fun too. “A girl can’t tell the tribe what to do!” “Avenge me against this woman. Against ALL women!” This crossover then becomes as much about readers who love seeing women with agency portrayed in comics banding together as it is about the characters themselves. And that’s powerful stuff.

Sergio Davila fortunately also brings his A-game to the table, leaving every single woman beautiful and courageous looking in his wake. For a title where 50% of the protagonists are wearing not much more than a bikini, there’s surprisingly little to feel oogie about. The women don’t seem subject to the male gaze as they do comfortable in their skin, and while some of my belief that this is evolved artwork may come by comparison to Dynamite house ads, I stand by that feeling.

The level of detail Davila is putting into these characters, including the antagonists, is simply remarkable. The feathering on the buzzard come to devour Red Sonja, not to mention the buzzard man facing off against Vampirella, is astounding. This is the kind of art you want on a true event. We’ve gotten a taste of a few locales — Mars, the jungle, the desert — but I have a feeling we haven’t seen anything yet.

An awesome start to what should prove to be a really fun time getting to know some excellent characters, Swords of Sorrow #1 is a real delight for the mind and the eye. You don’t want to miss out on this series, or its partners in crime.