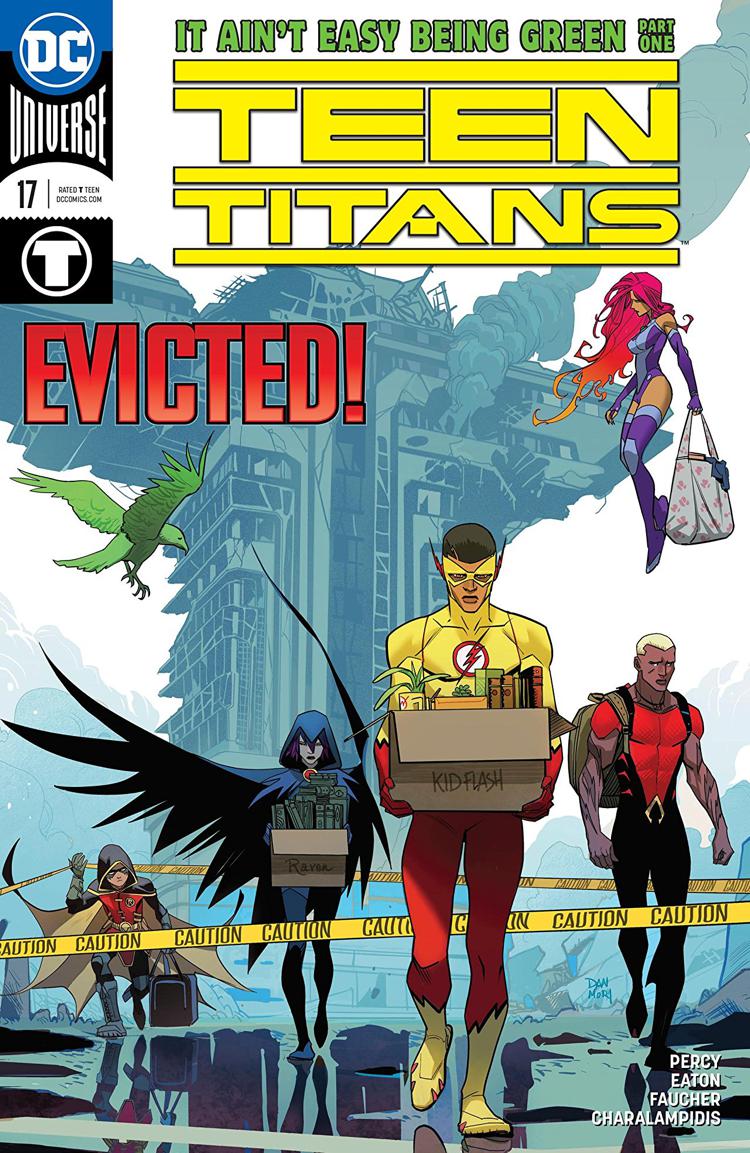 The latest arc kicks off with the Teen Titans recovering from the Super Sons of Tomorrow crossover and the events of Metal (yes, this issue jumps ahead of the end of Metal, but there are no spoilers for that event).

Beast Boy is feeling a bit lost and disconnected from his partners and goes off on his own adventure, hooking up with one of his biggest fans. Meanwhile, the other Teen Titans stumble upon a mystery while saving a group of children from an accident. But they all seem destined for a collision in the same place.

I haven’t read any of TT since Rebirth, and found this issue quite easy to jump on board. Despite coming out of two big storylines, it’s a quick turnaround to get into the new story and no time is wasted.

Eaton brings us some well played out action, keeping the whole team in motion and accounted for. He also brings in some quieter moments and handles the pace changes well. He likes to overlap his panels and this gives an interesting forward momentum to the story.

The color choices by Charalampidis give an approachable feel to the art, more in line with a book aimed a bit younger than the T rating on the cover. The colors are clean and keep the various characters clear inside crowded panels.

With a lot of characters comes a lot of talking, and Breen does a solid job of keeping everything clear and the eye moving in the right direction.

This issue has that bit of drama and team friction that has always been a Teen Titans hallmark. Jump on the bus for a wild ride.