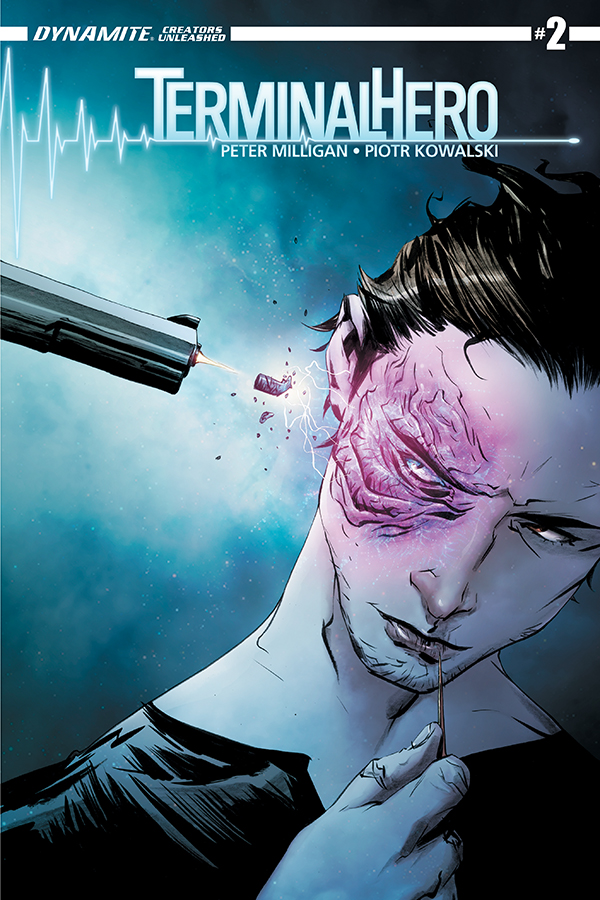 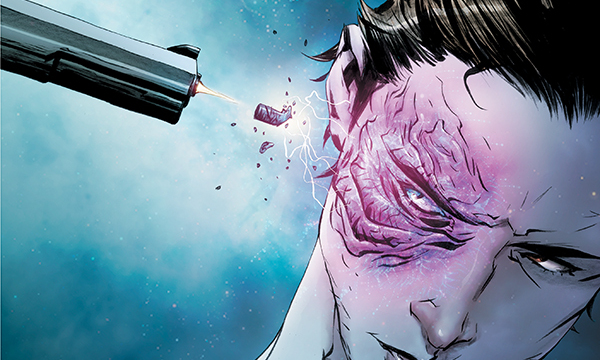 Peter Milligan and Piotr Kowalski continue their examination of the terminally ill Rory Fletcher, a man who has been “cured” of his condition, only to be afflicted with an immense amount of power that appears to be more of a curse than a cure.

Milligan paints a pretty bleak situation for Rory, a man who has seemingly had the deepest and darkest areas of his mind unlocked which has brought some devastating consequences for his life. Milligan gives readers a man who has murdered those who wished to help him, who relies on sex and drugs to maintain any semblance of composure, and who is being used as a psychic hitman by government organizations. His life appears to be hell, and to say Milligan is painting a bleak picture of his future is putting it mildly.

There are aspects of this story that are interesting, the power Rory has tapped into and what he does with it are a constant source of unexpected actions and consequences, but there is also a lot of information readers are expected to take a face value with no explanation. Questions like how Rory is controlling his powers and not levelling city blocks, and how the government would trust a rogue psychic with missions of such a highly sensitive nature are not addressed at all and are glossed over in a way that makes this issue feel rushed and unfulfilled. Rory makes a decision at the end of the issue that feels like it is out of nowhere and confusing considering his state, and the general pace of the story is so fast that moments designed for huge effect in the story simply pass by without their desired effect. There is potential here, but it feels like Milligan is trying to cram so much into the issue that he’s sacrificing nearly all of his character and world development and it hurts the story.

Piotr Kowalski is on art duty and he provides consistent work from start to finish. His pages with Rory “all lit up” for lack of a better term are the strongest by far, but his art never captures any of the emotional side of what the character is going through. The facial expressions of the characters are flat at all times, and even scenes that seem intended to be shocking are flat. The characters appear to be devoid of emotion and, for a story featuring main character who was terminally ill and is now a weapon of mass destruction I have to believe there is some emotion to show on that face. The issue feels like it is perpetually waiting for Kowalski to really cut loose and maybe take this to a more hyper stylized and crazy place, but even when the action gets wild, it just never gets there.

Terminal Hero #2 is an issue that feels like it is setting the table for something that could be interesting going forward, but it cuts so many corners along the way that the story suffers. This issue fails to hit home on any level below the surface and, at this point, there is next to know reason to connect to the main character at all. This issue (and series) needs a huge injection of character building and emotion, and probably a slower pace, to really become something that is memorable.