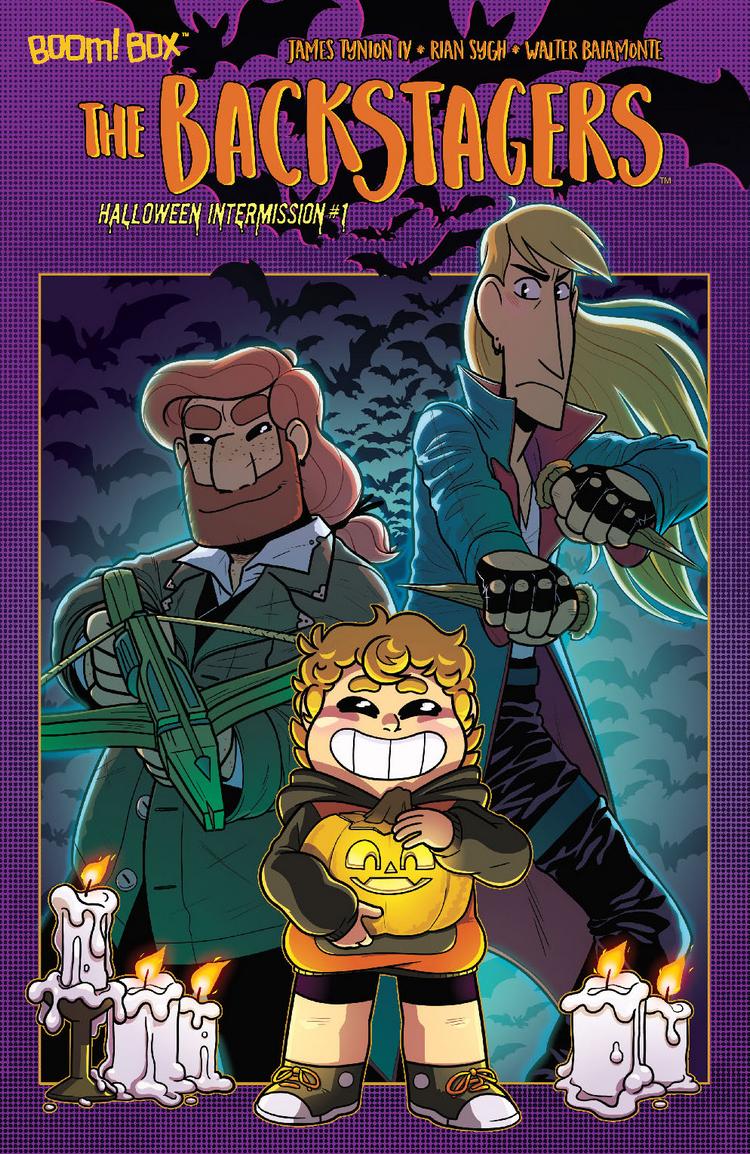 I really love Sasha. I love how weird the little nerd is. I love that he legitimately thought that clown noses and clown hair were the actual hair and nose of clowns and that his dislike of Halloween stems from the fact that he feels that it’s all just trickery and mean to scare people with spooky costumes. That’s so absurd, it’s adorable.

I love the Halloween outfits. That knock-off Naruto outfit is so great. The Frankenstein and Monster costume is also a nice touch, you generally don’t see people adding Victor to the mix of those kinds of duo costumes. Beckett’s Robot costume is hysterical too, I love that it’s just a box with some drawings and is actually labeled “Robot”.

Johns writes all three of the mini-stories after the main intermission tale and what I love about his work is that they’re all pretty goofy tales and all have a small moral to them. They feel like the kinds of stories that you’d get from Goosebumps or Are You Afraid of the Dark, but they know they’re not that scary and they’re all backstage related.

I like the roughness of the art in Greased Frightning’s mini-story. Ganucheau’s work is a nice contrast to the usual polished look of Sigh’s art and I think the style works well with the spoopy story Johns creates. The moral of “always meet your deadlines” is fun, though, not as strong with the fact that the super (“supernatural”) seniors came to the backstagers’ aid at the last second.

While Murphy’s work on Fright Lights is similar to Ganucheau’s in that it’s rougher than Sigh’s usual work, Ganucheau uses thicker lines and brighter colors, whereas Murphy’s lines are thinner and use more faded, toned down colors for the most part. I would also say that Murphy’s art style leans into the creep factor of Halloween more so than both Ganucheau and Sigh. Campbell’s lettering feels more present in this tale as well, creating horror font styled SFX of “TK”s and “skitter”s to create an ominous atmosphere.

Howard’s work feels somewhere in between Sigh’s and the other mini-stories—it’s not rough work, but it doesn’t have the polished art that Sigh has. There’s more use of shadowing within her work and fun lettering provided by Howard as well. The coloring, by Baiamonte, works splendidly in providing a fun atmosphere while keeping things spoopy.

Read The Backstagers Halloween Intermission. I’d suggest reading their original run first to understand who these characters are, but this spoopy special is a fun read and I hope we get more stories from this series.